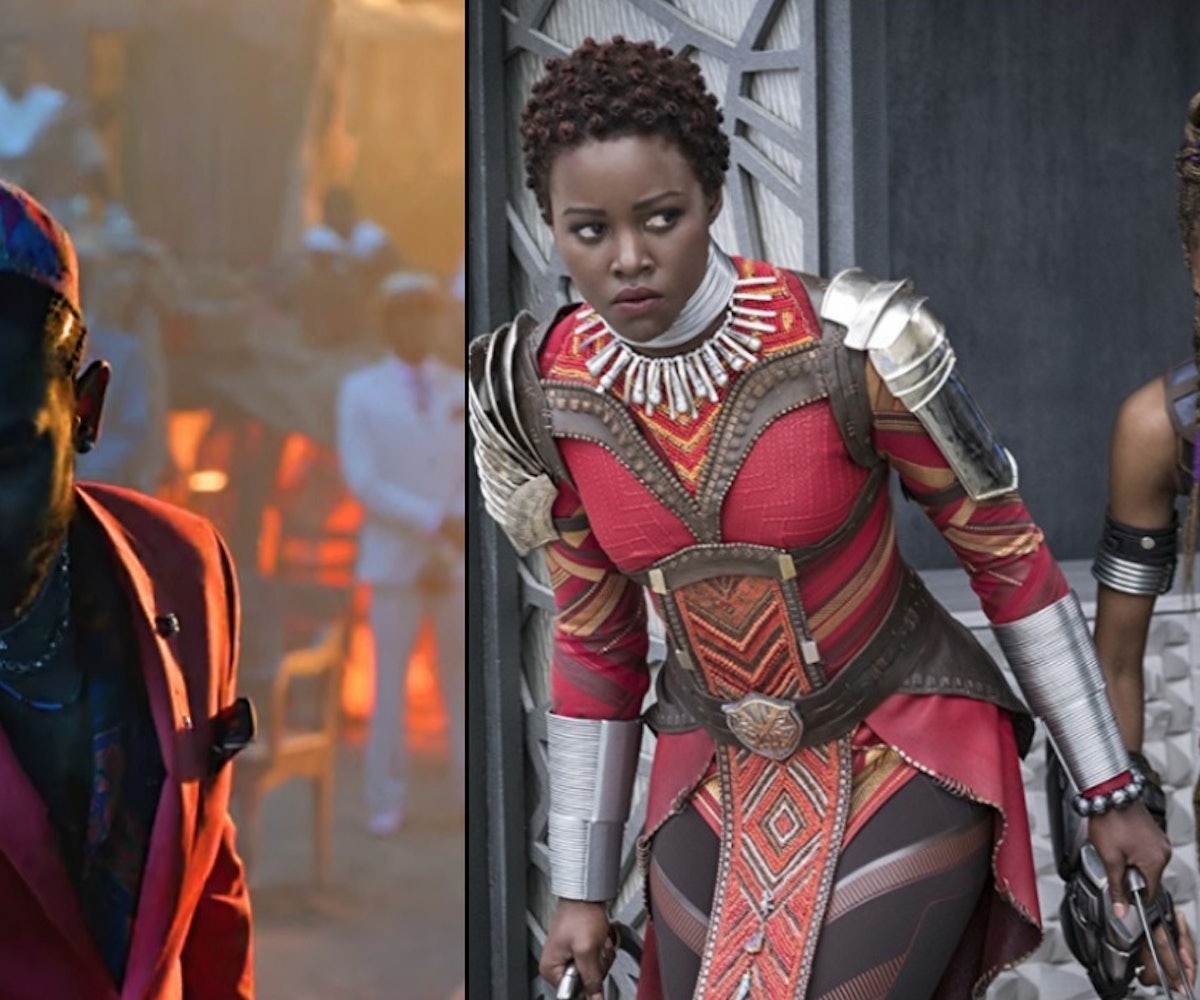 Of all the praise that has rightfully been thrown at Black Panther, special mention has been given to its accompanying soundtrack album. The story of its inception—Kendrick Lamar being brought in to do one track, seeing an early cut, and deciding to get the gang together to do the whole thing—already feels like Hollywood folklore, a testament to the impact of such a film that it can inspire the biggest hip-hop star in the world to drop a new record in collaboration with several other luminaries of the genre, and have it stand alongside the rest of his output. Damn.

The use of pop music to augment a film’s soundtrack, either in opposition to or conjunction with a score, feels like a '90s thing—Quentin Tarantino offsetting his hyper-aware pastiche-y flicks with cuts from his own record collection, or the sonic blueprint of '90s teen movies such as 10 Things I Hate About You, Clueless, and American Pie, all of which heavily utilized slick, radio friendly college rock. However, it was the New Hollywood era of the '60s and 70s when this trend began—"Everybody’s Talkin’" in Midnight Cowboy; "This Is the End" in Apocalypse Now, "Born to Be Wild" in Easy Rider. This intertextuality scarcely existed before, when original scores would help guide a movie’s rise and fall. Pop songs do something different entirely, playing on the audience’s assumed knowledge of the song in order to blur the lines between the world of the film and the world of the viewer.

Marvel has form here already, with Star Lord’s mixtape of retro bangers playing such a key role in Guardians of the Galaxy, but Black Panther doesn’t appropriate existing work, it’s created something new. In that sense, it’s more like another film of the New Hollywood era, The Graduate, which relies heavily on Simon and Garfunkel’s music to help create its languorous atmosphere. In that example, the songs are used in the same way a score would be; think of the way "The Sound of Silence" is returned to intermittently throughout the film, effectively used as a theme to reflect Benjamin Braddock’s quarter life crisis, deployed at the film’s climax to guide our interpretation of the ending. With the film’s other main song, "Mrs Robinson," you have a defacto tie-in tune, no different to Justin Timberlake’s "Can’t Stop the Feeling" from Trolls, or Toy Story’s "You’ve Got a Friend."

However, there’s no suggestion that Simon and Garfunkel exist in the world of The Graduate, the music is used non-diegetically, purely for the audience. This is not the case with Black Panther. In a scene where Ulysses Klaue attempts to sell vibranium in a casino in Busan, the ensuing car chase between Klaue and his henchmen, and T’Challa and the Wakandans begins with Klaue introducing the soundtrack to the scene directly, putting "Paramedic!" on in his car before gunning it through the streets. Kendrick therefore not only helps create the world for us, he is present within the film itself.

We’re talking about the invention of a new role in cinema here, that of a musical curator or producer, rather than a composer. The Coen Brothers tried a similar approach with their Odyssey-inspired O Brother, Where Art Thou?, bringing in Americana producer T-Bone Burnett for the soundtrack. His enlisting of the vanguard of alt-country combined with more familiar names from the genre—Alison Krauss, Gillian Welch, Emmylou Harris—would go on to win Album of the Year at the Grammies, and have an immeasurable influence on the genre’s public reception as a whole. More recently, Lorde curated the soundtrack of The Hunger Games. Kendrick’s role here is along the same lines.

The concept of the cinematic universe wasn’t really discussed prior to Marvel’s hostile takeover of summer blockbusters. Franchises that existed before didn’t worry about how each film related to the next, each was a stand alone piece, but with the ever-increasing web of movies and TV shows that make up the MCU, each with its own set of cultural references, the discussion around cinema has changed. A director’s vision now not only extends to the what’s in the scene, but what’s beyond it too. With respect to Black Panther, the choice to have Kendrick Lamar curate the soundtrack in such an all encompassing, bespoke way is a cinematic choice as much as it is a stylistic, or marketing choice.

The common thread between The Graduate; O Brother, Where Art Thou?; The Hunger Games; and now Black Panther is one of world building. However, here it has a much more subtle, long-lasting effect. Hip-hop has a propensity for references and easter eggs, remixing pop-culture and, maybe more than any other genre, grounding songs in the present. It makes perfect sense that there would be a hip-hop record about Wakanda, because if hip-hop existed in the world of the film, the country would be a huge reference point, a touchstone from which you could speak about politics, glamour, power, ambition. Given the film’s success, it’s unlikely this will be the nation’s last appearance in the genre. With Kendrick’s help, it may have become a new part of hip-hop’s vocabulary.