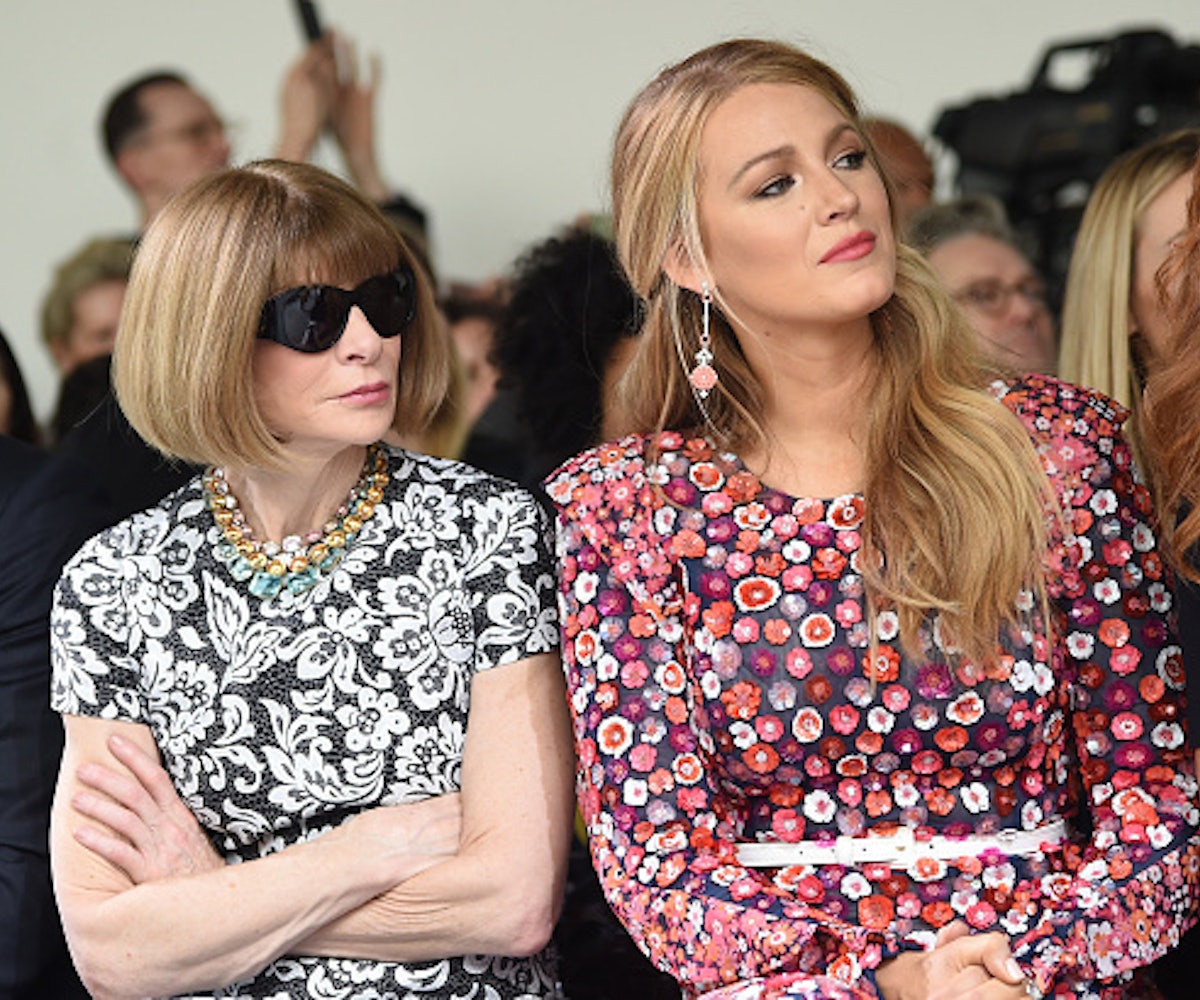 The New York Times ran a feature last month called "Overlooked," in which, via belated obituaries, they paid tribute to remarkable women whose monumental achievements were, yes, overlooked upon their deaths. (Though, while the series is an incredible opportunity to learn more about these women, it is worth noting, as historian Remi Brulin did on Twitter, that in the case of some of these women, like anti-lynching activist Ida B. Wells, the Times did, in fact, cover her extensively during her lifetime; the paper simply did it in a disparaging, blatantly racist way.)

All of which is to say, while the Times has the overlooked-amazing-women-and-their-accomplishments beat covered, I thought maybe it was time to revisit something that is overlooked, but not so amazing: the short, sad, strange life of Preserve.us, Blake Lively's erstwhile lifestyle website.

I've been thinking about it lately, because, about a week ago, I found myself wondering (as one does when procrastinating about a deadline), What is going on with Blake Lively? When I Googled her name, I found several stories written about her within the last 24 hours, even though they were all along the lines of how she "ditched her bra" to wear a deeply cut dress to a premiere, etc. There wasn't anything to them, really, which then sent me down a deep Blake Lively rabbit hole, including wondering if there were any other celebrities whose last names were adverbs (spoiler: not nearly as many whose last names are verbs).

And what was at the bottom of that hole? Preserve.us

Now, before you even check to see if that URL—which, much like the names "Wesley Snipes" and "Britney Spears," is a sentence in its own right—works, I'll let you know not to bother. All you'll get by visiting that domain is an Error522 message, which, I assume, has been greeting Preserve.us visitors for the two-plus years since the site shut down, about 14 months after its initial Vogue- and Martha Stewart-endorsed launch in the summer of 2014.

But why did Lively want in? At the time, according to her editor's letter, despite being "no editor, no artisan, no expert. And certainly no arbiter of what you should buy, wear, or eat..." Lively was "hungry, though…and not just for enchiladas." No, she was "hungry for experience." And the experience she was hungry for involved selling asymmetrical aprons and $70 pinch pots and $132 "Twombly Crew" T-shirts (which, for the record, I really wish I could still buy because, even though any actual documentation of what it looks like is lost to the internet graveyard, I imagine it had to do with Cy Twombly? Though maybe I'm wrong!).

As on Goop, there were recipes (though these featured bottled barbecue sauce that could be purchased on the site) and lifestyle advice, like on how to write letters to people and arrange things in Mason jars (that could be... purchased on the site). While not exactly interesting, it certainly sounds innocuous enough, if more than a little strangely fixated on a Southern, "down home" lifestyle that makes more sense for the Tennessee-born Reese Witherspoon to have embraced (her site, Draper James, would launch in 2015) than for the Los Angeles-born and -bred Lively, who also had a Southern plantation wedding when she married (Canadian) Ryan Reynolds in 2012.

But still, why did it crash and burn so quickly? Was it the writing? On an inaugural post about the pleasures of barbecue, this is the accompanying text:

Allow us to be so bold as to posit that a barbecue is an inherently medieval affair. From where do we arrive at this conclusion? Pray consider it, dear reader: the customary American cookout is a fundamentally Gothic idea, updated with modern values and cuisine. The gathering involves communal seating, shared plates, festive music and fire-prepared victuals shoved into food-messed face-holes sans cutlery. With those same descriptors, one harkens back to ye days of olde, to the court of Richard the Lionheart, to the Canterbury Tales of Chaucer, to Lords and Ladies locked in scenes of chivalry.

Preparations for the fête champêtre hatch in the spirit of simplicity: Bid some courtly dudes and dope-looking damsels hither, stock the larder with beauteous burgers (beef, turkey or veggie), augment the ale supply and call forth a noble disc jockey.

So, I mean, maybe that was the reason. Officially, though, as Lively told Vogue in a "candid" interview, she shut it down because it was "not making a difference in people’s lives, whether superficially or in a meaningful way."

I wonder, though, how she and her team were able to quantify how something was making a difference. I guess that's untrue, I don't really wonder. The answer is obvious: money. Lively even said as much when she told Vogue that, though Preserve was closing, she would soon launch (N.B.: it has yet to launch) a new venture, and that the goal would remain what it was with Preserve: "to touch millennials through storytelling... to create a shoppable lifestyle."

Therein lies the fatal flaw of Lively's lifestyle site, I guess, even when the primary goal is just to make people shop, when it's not convincingly couched in more benign motivations (i.e. to make you more balanced, or eco-consciousness), it can't possibly pretend to be ancillary, and the celebrity endorsing $120 tree swings to millennials just seem like a mercenary. That, then, is the big lesson to be learned from Preserve, that millennial consumers are far savvier than many presume them to be, and that they can spot from a mile away when a site named Preserve.us really should have been named Purchase.us.

So, rest in peace, Blake Lively's website. We can't say we—or anyone else—are holding our breaths for Preserve 2.0, but we're glad we wound up thinking about you again, so many years after your disappearance, if only to be briefly reminded yet again how the driving message behind basically everything on the internet is: buy this, please. As if we could ever forget.