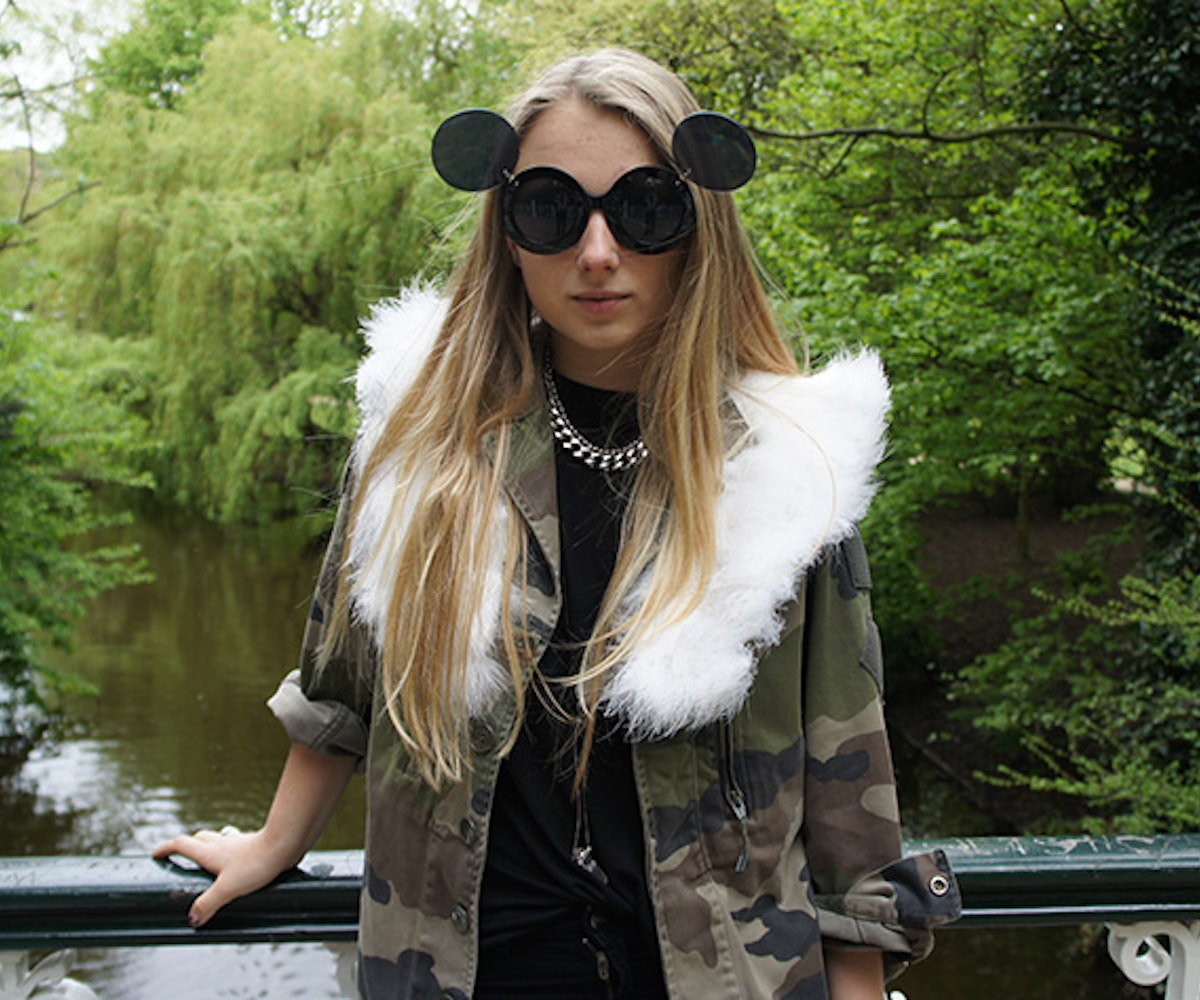 As far as cultural phenomena go, blogging is a relatively new platform for self-expression. As different forums like Blogspot, WordPress, LiveJournal, and Tumblr came to being, there were a few brave souls who decided to explore the mediums. And exploration calls for a certain amount of experimentation. Luckily, fashion bloggers didn't disappoint—they adopted trends to the most extreme extent and built their own namesake brands from the ground up. But along the way, there were a few hiccups, as to be expected.

"When I first moved to L.A., I thought it was a good idea to shave both sides of my hair and I rocked the nerdy reading glasses (not for reading) almost everyday. It was my staple at the time and I had so many pairs. Looking back now I don't know what the hell I was thinking." - Aurielle Sayeh

"Overpowering flower crowns were SO 2012. I'm all about flower power, but come on now, festival fairy..." - Larissa May of Livin Like Larz

"My partner in crime Diana and I regret wearing too many accessories and mixing too many styles in one look.. But it's fun to watch, right?" - Alina Tanasa of Fabulous Muses

"This look was from 2002 when apparently multi-colored patched denim skirts were all the rage and twisty hair in a bun was the thing to do! I CLEARLY look like a spice girl...." - Brynn Elliott Watkins

''I look like a furry alien.'' - Kirsten Thyra Henriksen

"When mixing textures goes wrong: This look turned out to be a clash of bunny ears and florals all done the wrong way." - Claudia Felix-Garay

"Fix yourself girl, I have a camel..." - Francesca Garcia-Miro

"I wore this in 2009, when Blair Waldorf was 'telling' us to wear colored tights. At that time, I wasn't blogging but I started posting on Chictopia, and this was my first look. I've thought about deleting it but it reminds me to have fun with fashion and it's also part of the fashion evolution we all go through." - Daniela Ramirez