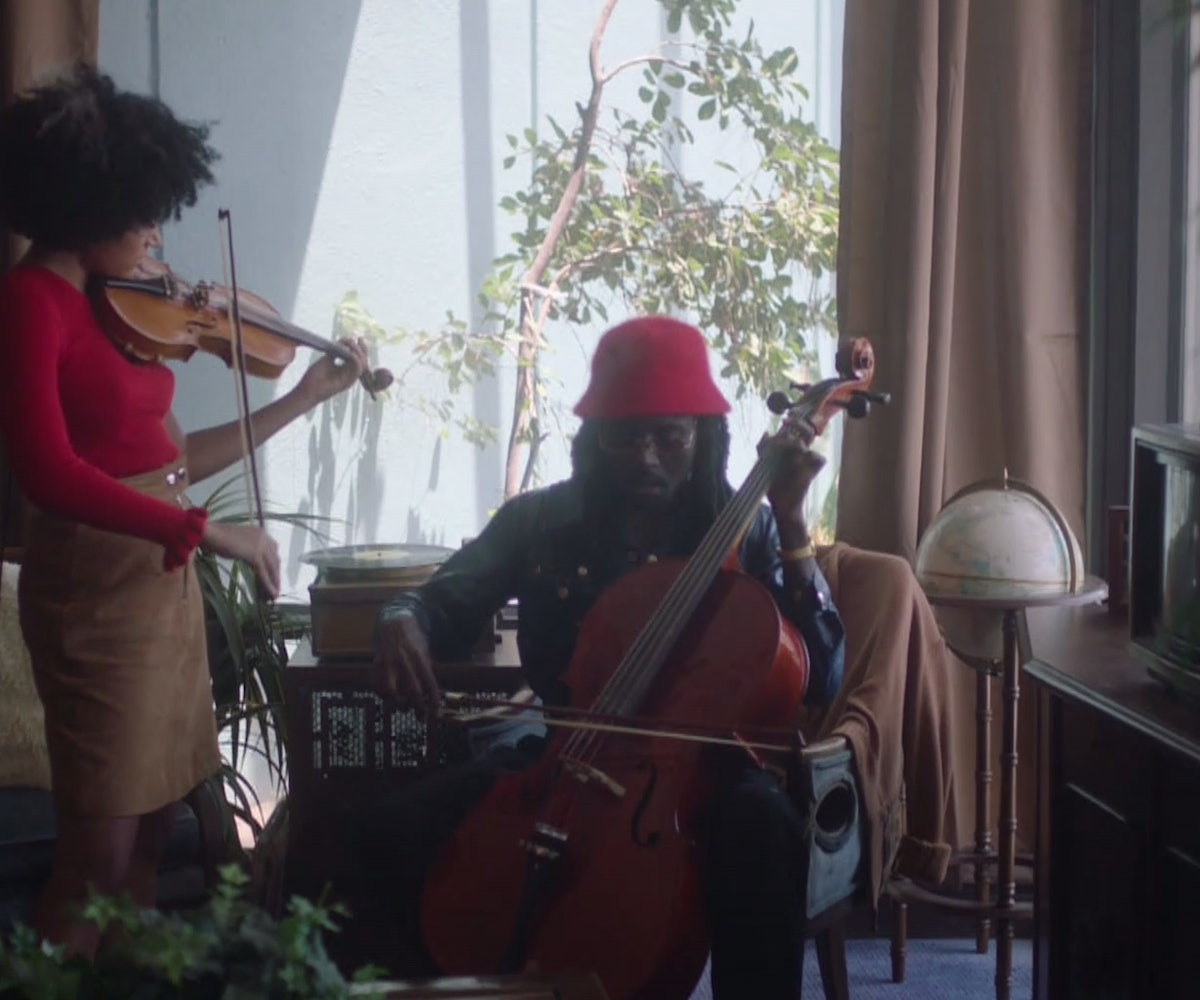 Dev Hynes released Freetown Sound last summer, but he’s still rolling out videos from the LP. And we’re not complaining, especially when they’re as beautiful as they are. For his latest, he kills three birds with one stone by releasing a long-form video for “With Him,” “Best to You," and “Better Numb.”

The video opens up with Hynes running through a palm tree-lined street sans shirt. A couple of scenes later, he’s shown playing piano with actor Amandla Stenberg. And, later on, the two partner up to play the violin and cello together. Filling out the rest of the videos are serene shots of everyday people sharing intimate, gentle moments.

Hynes and Luke Guilford directed the video, with Hynes doing the final editing. It’s a simple, picturesque video that you can stream above. Non-members have 24 hours to take it all in before it becomes exclusive to Tidal subscribers.