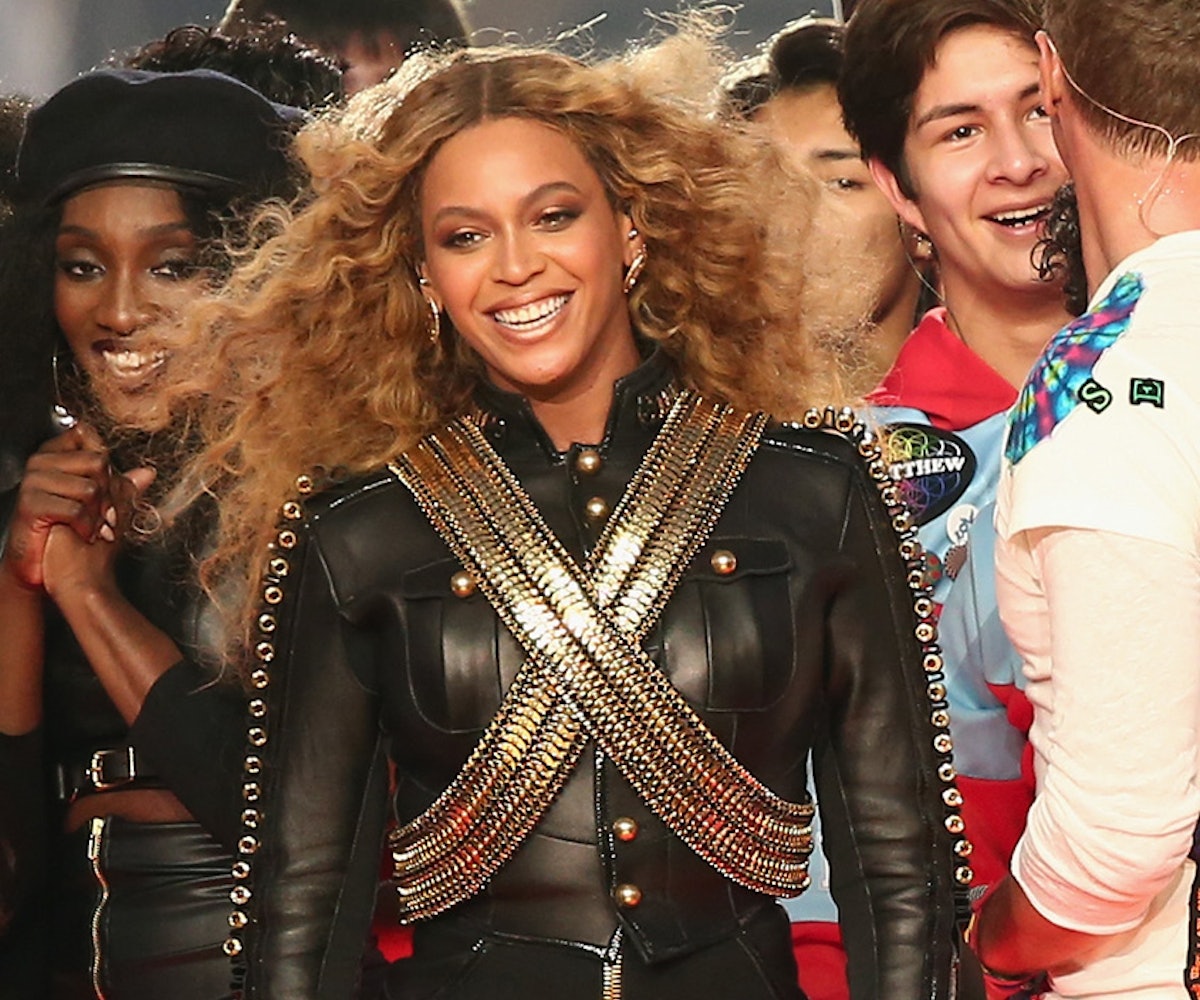 It’s been almost a month since Beyoncé won the Super Bowl with her epic halftime performance with Coldplay and Bruno Mars. While this performance is still fresh on our minds, Beyoncé made sure we’ll never forget it by taking to her website to share some personal photos of her prep for the big night. She posted some exclusive behind-the-scenes snaps—including shots of her being primped in a makeup chair, of her with the crew in the dance studio, for what we assume was just one of many intense rehearsals, and of Blue Ivy. It seemed like the three-year-old was having the most fun out of everyone.

Hand down our favorites shots are the ones featuring Blue Ivy and Coldplay's Chris Martin having a full-on dance session. Martin was shot twirling around Blue Ivy, who was decked out in a pink tutu, naturally. The two clearly become the best of friends. Don't believe us? Blue's smile says it all.

Our hearts are melting. From the killer dance moves, we can only assume Blue Ivy is taking full charge of choreographing her mom’s upcoming Formation world tour.