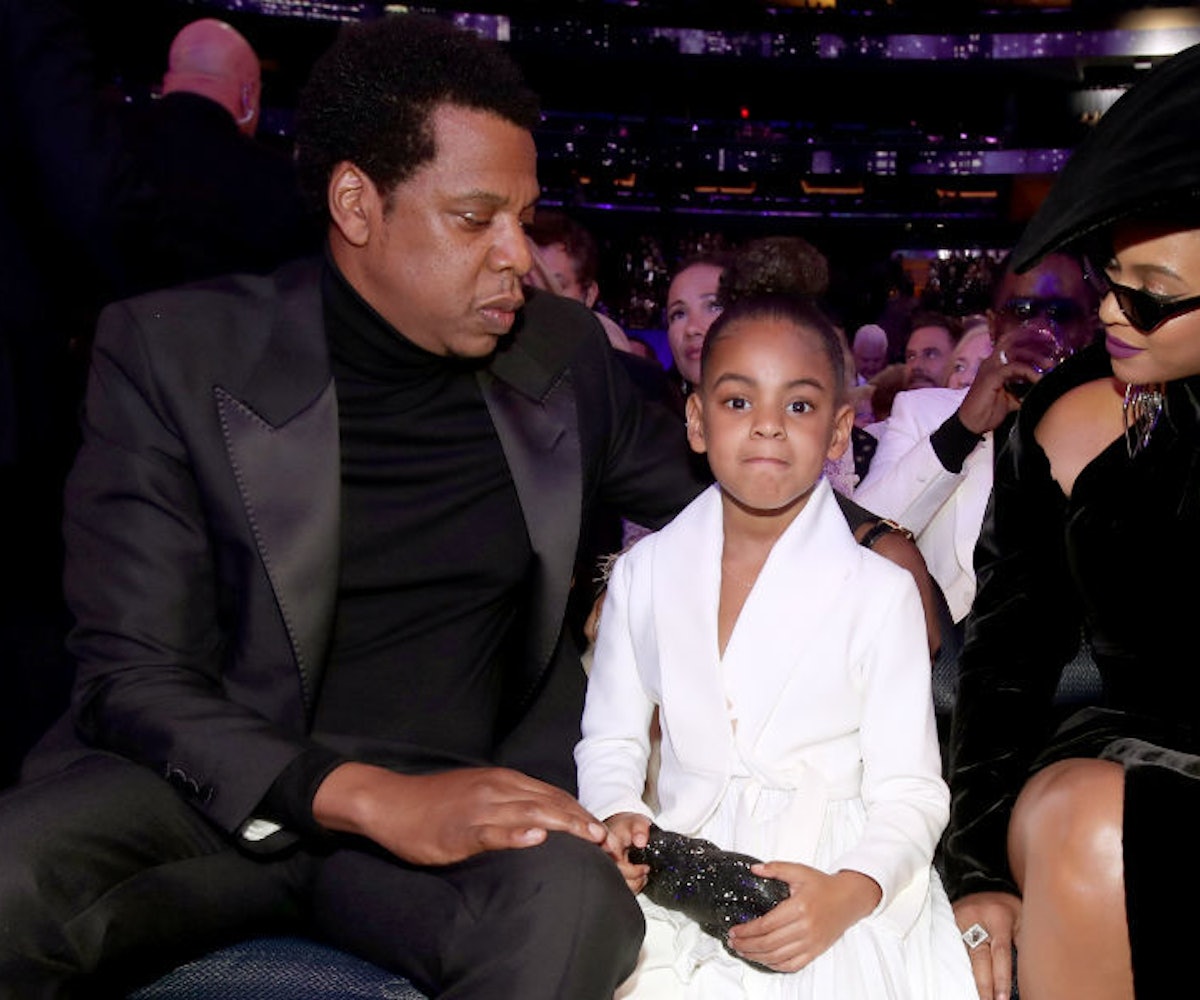 Blue Ivy Carter is a Capricorn, which means she was bound to eclipse her very famous parents at one point or another. At six years old, it’s finally happened.

Beyoncé and Jay Z are currently on On the Run II tour, and they brought their oldest child along with them to their London show this past weekend. And though the news of their album drop has been the talk of the arena, the rest of us are also discussing Blue’s antics while in the audience.

First, there was this video of Blue telling her friend to put up the Roc sign while they bumped to some music.

There was also this shot of her looking down at the crowd, unimpressed.

Then, there was her being embarrassed when her mom shouted her out in front of thousands of people.

Our favorite, though, is this adorable video of her hiding her face when she reportedly sees her parents being sexy with one another. The first look of disgust that crosses her face is so immediate and so genuine and so pure.

Go to the concert for the music, stay for Blue’s reactions.