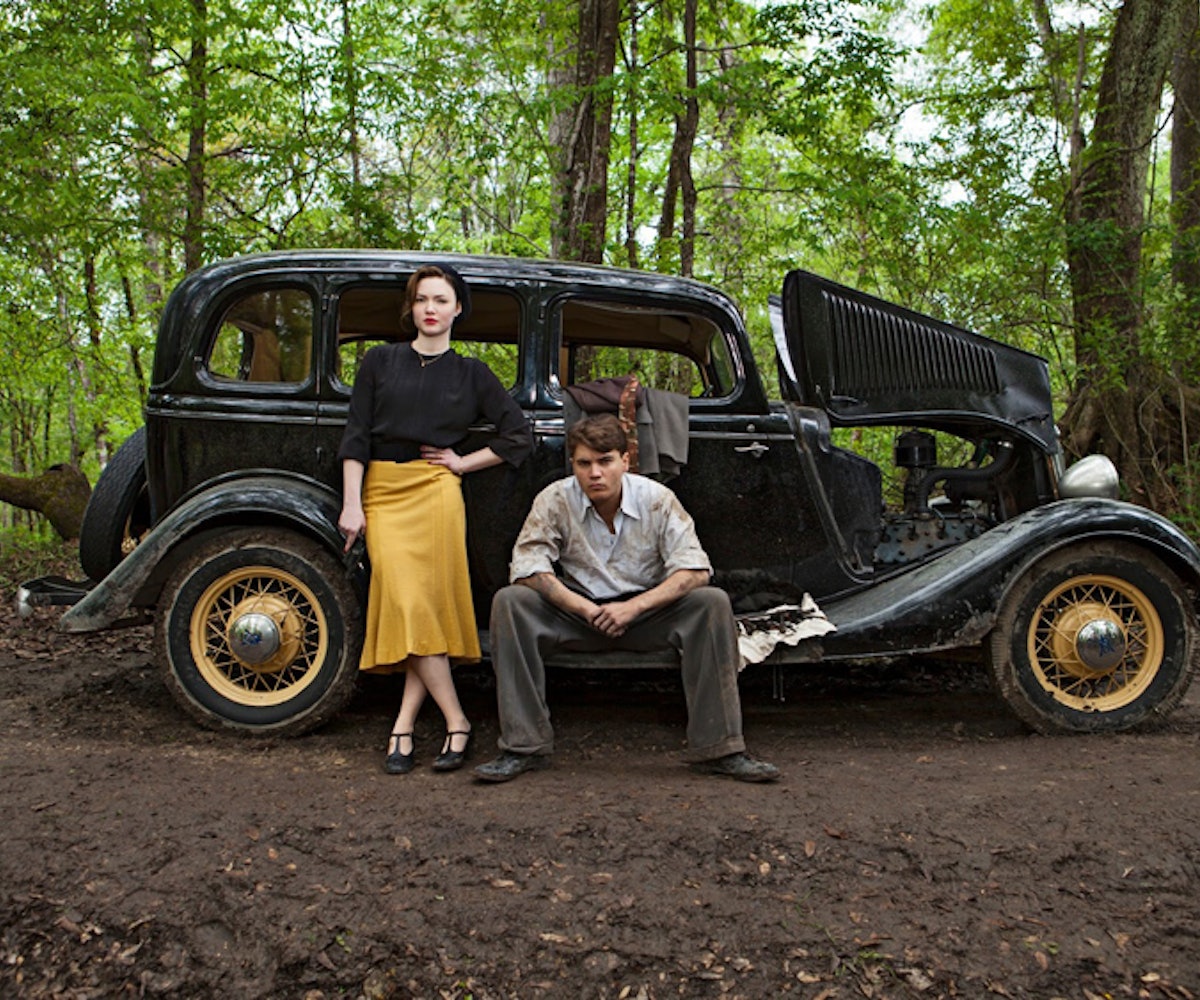 We've been excited for

, the miniseries that premiered on A&E, History, and Lifetime last night, for a long time. Just ask Holliday Grainger, the British actress who plays Bonnie Parker to Emile Hirsch's Clyde Barrow in the series. We interviewed Grainger for our December/January issue earlier this year, and, to be fair, she was pretty excited about the series too. She told writer Wendy Douglas, "I knew I had to be Bonnie, as soon as I read the script. I’d be playing Bonnie in my head and thinking about the scenes in my head and how I would play them even though it wasn’t my part yet."

Grainger transformed into the role of Parker with a little help from a voice coach (that Texan drawl is no easy feat!), and a stellar wardrobe of '30s garments. "I immediately felt like Bonnie when I put the outfits on," Grainger admitted, "They were slightly slinky, sexy woolen things. I’d put it on and the sass just kind of came." If you tuned in for part one of the two-part drama last night, you know the sass Grainger is talking about. But if not--never fear!--part two is debuting tonight at 9PM EST, meaning you can still catch some of the lindy hopping, on-the-run action.

Bonnie and Clyde will definitely get you in a rebellious mood, but instead of making a life on the lam, we rounded up the coolest films with rebellious protagonnists to help you recover from any outlaw withdrawal you might be experiencing. And with James Dean in

Rebel Without a Cause

and Uma Thurman in

on the lineup, you should recover real soon. Check out all our favorite film rebels in the gallery and tell us yours on