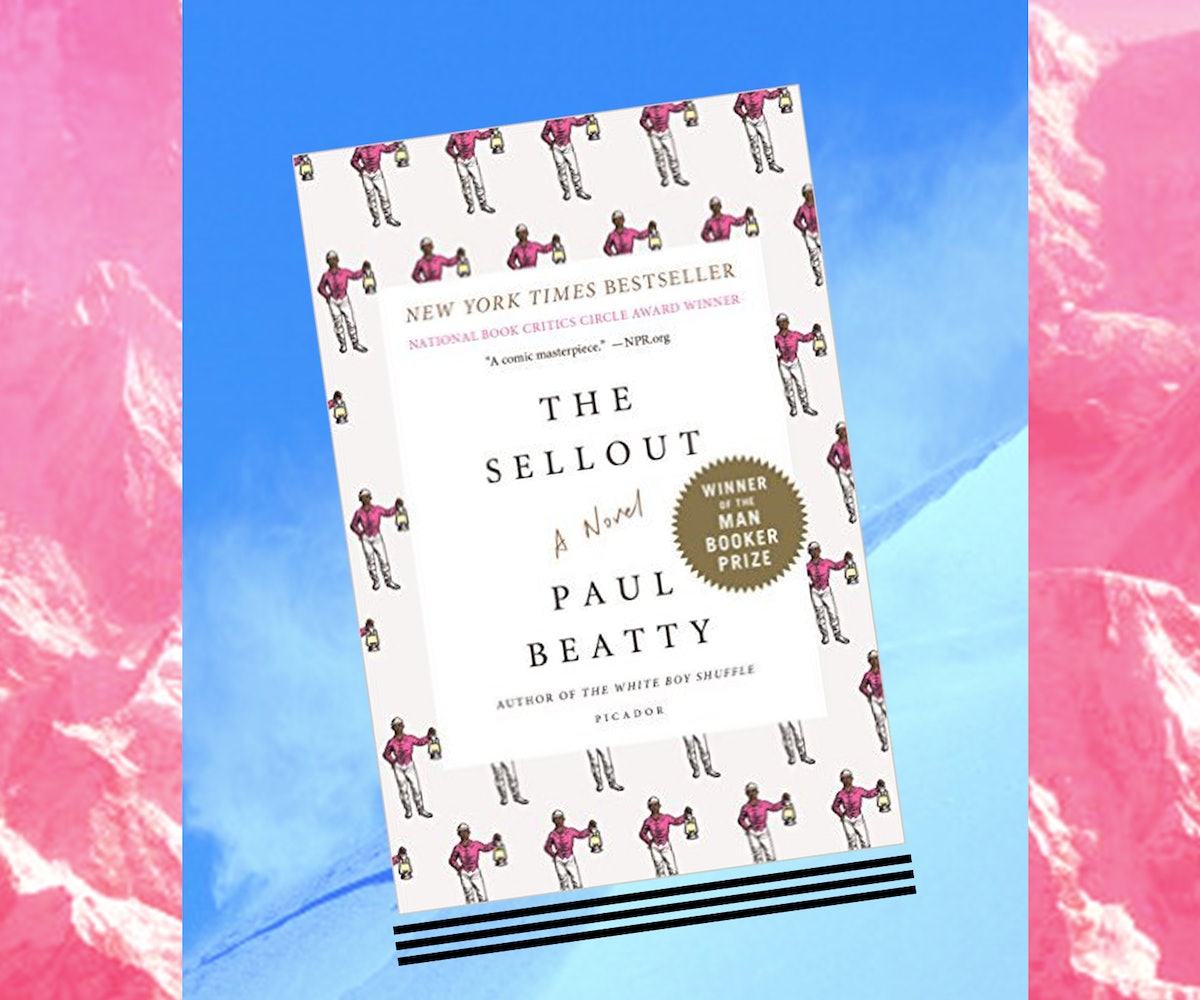 Since the election of Donald Trump, there have been many lists compiled of books to read and art to consume in the wake of his dark victory. There have been countless essays written, grappling with the difficulties of this time in history. There's "Rules for Surviving an Autocracy," by Masha Gessen, and then two other favorites can be read at n+1: "No President," by Mark Greif, and "What Can Feminists Do?" by Dayna Tortorici. (Though, frankly, read all of n+1's online coverage of the "Worst Election Ever," and weep for this country while simultaneously marveling at its writers. What a time to be alive.)

Since I'm a firm believer in there never being enough good things to read, though, I've compiled a list of books that every American should read, regardless of how you feel about the election's result. They should be perused simply because we are Americans, and should have as wide an understanding as possible of this country we call home—its past, its present, and its future.

This is the work that first launched environmentalism to the forefront of the American public's consciousness. Published in 1962, Carson's book revealed the deleterious effects of pesticides on nature; it accused public officials of covering up said effects, leading to lots of finger-pointing, and, ultimately, a nationwide ban on the pesticide DDT as well as a closer look at the indiscriminate use of pesticides in general. It also proves that cultural works can change policy, something that's very important to remember these days.

This combination book of poetry and criticism (with intermittent images and pieces of art scattered throughout) has the brilliant Jamaica-born Rankine exploring topics like microaggressions, the language of memory, racism, Hurricane Katrina, the murder of Trayvon Martin, and so much more in a complex, and at times, harrowing manner, that is never less than thoroughly thought-provoking and incredibly powerful. A must read for all Americans—citizens and non-citizens alike.

The Fire Next Time, James Baldwin

Baldwin's classic work explores, in two essays, the struggles that black people face in America. Baldwin wrote the first essay as a letter to his nephew, and in it he expands upon different philosophies of dealing with racial injustice. In the other essay, Baldwin touches on the role of Christianity in perpetuating the systemic racism which exists in America. There's no finer writer than Baldwin on this topic, and this book is a master class on the issues surrounding the racial dynamics in this country.

The Fire This Time: A New Generation Speaks About Race, Jesmyn Ward

Written as a half-century-later response to Baldwin's book, Ward compiled and edited a series of essays from many of this generation's finest writers, including Kiese Laymon, Edwidge Danticat, Rachel Kaadzi Ghansah, and Natasha Tretheway, all of whom grapple eloquently with the fallacy of a "post-racial" America.

This engrossing account of the political rise of Abraham Lincoln is a fascinating look at American politics and speaks not only to the importance of compromise, but also clarity of vision and morality of intent. These iconic historical figures come alive in this book, and it's hard not to cry at the end you know is coming. (By this, of course, I mean both the death of Lincoln and what would become of Lincoln's once-fledgling party.)

The Plot Against America, Philip Roth

Roth's darkly hilarious fictional account of an alternate America (alt-right, if you will)—in which celebrity pilot and Nazi-sympathizer Charles Lindbergh becomes president and has an "understanding" with Hitler—once seemed like absurdist parody, and now seems not all that absurd! Read it and weep. Then get angry and think about how you'll keep this dystopic universe in the realm of fiction.

One of the most alarming things about Trump's election is the existential threat he poses to the globe, thanks to his refusal to take climate change seriously. Maybe climate change isn't the most pressing issue for you either? Well, read Kolbert's Pulitzer Prize-winning look at the mass extinction that we're currently in the midst of—thought by scientists to be even more catacylsmic than when that asteroid took out the dinosaurs—and then think about the fact that, this time, Earth is doomed not by some celestial body, but by humanity.

The Warmth of Other Suns, Isabel Wilkerson

Wilkerson, a Pulitzer Prize-winning author, won the National Book Critics Circle Award for this powerful book on the Great Migration, a time when over five million African-Americans left the South for destinations North. While such a number could prove unwieldy to humanize, Wilkerson focuses in on a few different individual stories, all in order to create a fascinating, empathetic look at a seminal period in American history.

Strangers in Their Own Land, Arlie Hochschild

One of the things that's been said following the election of Trump is that it's important to have empathy for those who voted for him. While I personally struggle with that (those people did, after all, still decide to go with someone endorsed by the KKK), Hochschild's book is an excellent place to begin if you're searching for some understanding. From her home in Berkeley, California, Hochschild travels to rural Louisiana and speaks with conservative voters about the issues important to them: stagnant wages, increased cost of living, and a vanishing sense of their place in the world. It is a profoundly interesting look into a world that is not familiar to all Americans, and one that's very worthwhile no matter where you're from.

A fascinating look at one of the darkest times in our country's history, Schiff's recreation of colonial Salem is entirely pertinent today, peopled as it is by overzealous and power-hungry politicians, a reactionary judiciary, religious zealots, hysterical men and women eager to cast aspersions on anyone who was different from them, and a constantly looming external threat, which was used to instill fear into the average person. The end result? Neighbors battling neighbors. Communities falling apart. Families torn asunder because of the discord. Dozens dead for no reason. This can not happen again. Or can it?

Vance grew up in swing state Ohio, and this book focuses on the middle class Americans that were apparently so frustrated with their government and their lives in this country, they thought the best thing to do would be to elect a dangerous demagogue to... well, I don't know. We'll have to wait and see. Anyway, Vance himself grew up in the amorphous place between lower and middle class, served in the Marines, but then graduated from Yale and found success in Silicon Valley. But even if he now exists in the world of California liberals, he is certainly not of it, and he writes of his background with a huge degree of compassion and grace, shedding a light on the lives of people who are often forgotten or dismissed by the coastal elites.

Recent winner of the Man Booker Prize, this 2015 novel is one of the sharpest, most hilarious satires on the current state of race in America. Beatty's language is wild and poetic and he is fearless in the way he approaches topics ranging from father-son relationships to gentrification to drug use to relationships to police brutality to, damn, just about everything. Beatty covers it all in this book, and he does it in such a profound and lyrical way that, after reading it, you might begin to again believe that there's hope for this country of ours after all.