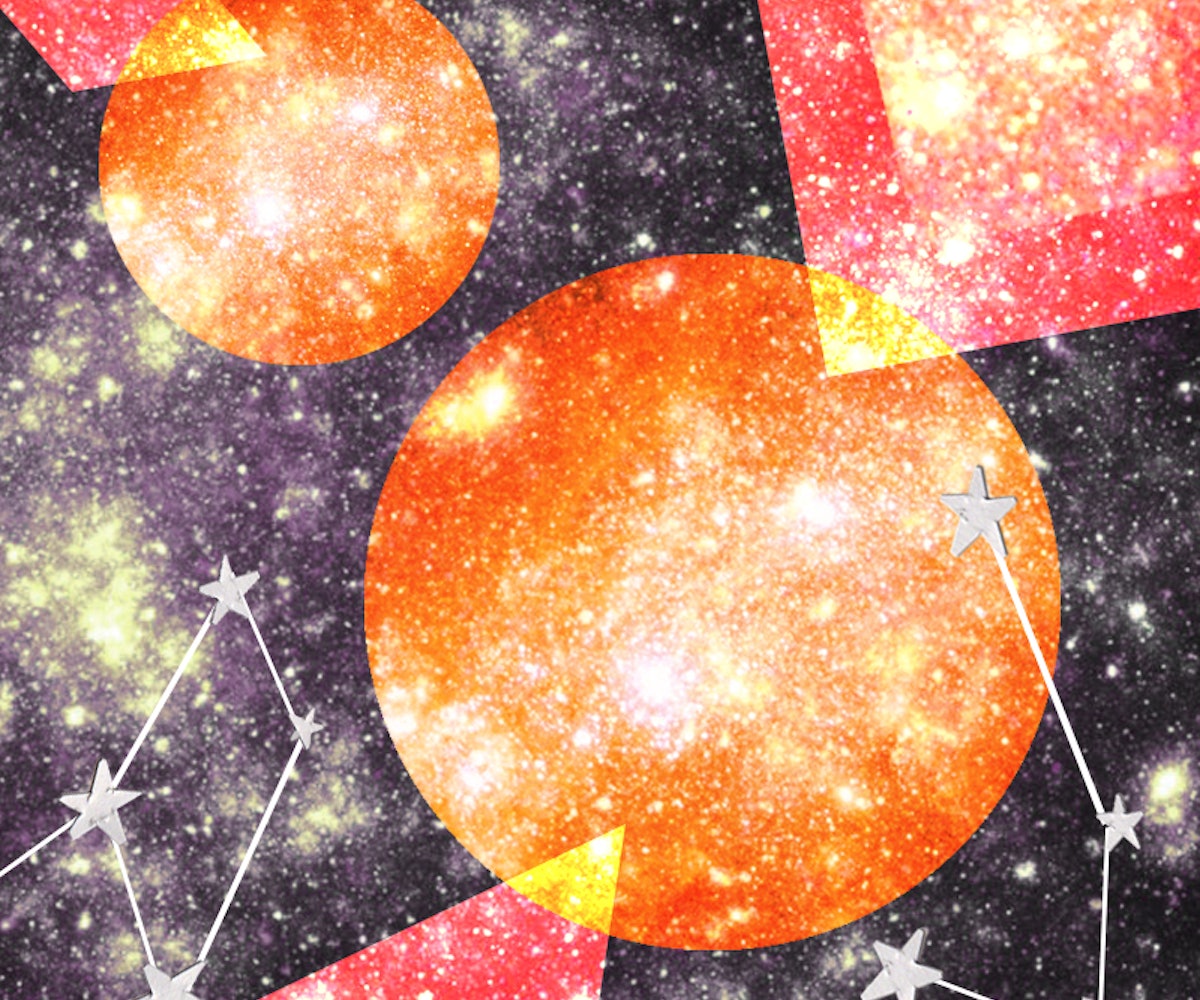 Ask anyone in the Western world, “What’s your sign?” and they’ll no doubt have a quick retort. Most people identify with their one sun sign out of the 12 and its clear-cut personality watermarks; but what if you were born under two signs? For those born in the gray area of when the sun is transitioning out of one sign and into another, otherwise known as being on the “cusp” of two signs, they might feel torn by a cosmic identity crisis of feeling influenced by two different—and sometimes quite opposite—signs. And that’s exactly what happens: While we can’t hold dual citizenship in two different sun signs, it is possible for cusp-born people to possess traits from both signs.

Cusp zones are delineated by five days surrounding the date the sun officially moves into the next sign, so if you were born somewhere between July 19 and July 25, for example, you can technically consider yourself as being on the cusp of Cancer the Crab and Leo the Lion. This position can lend sweet, motherly water sign Cancer a dash of the drama and assertive drive characterized by fiery Leo, a complex combination if there ever was one. Still, this is simply a splash in the personality of a cusp-born person; you get one sun sign—even if you were born exactly on the transitional day, such as January 22, when Capricorn moves into Aquarius. You’re either definitely a Capricorn or absolutely an Aquarius, there’s no need to read two horoscopes like you may with a rising sign, but it’s helpful to understand why you may feel confused or torn about your actual sign.

Fascinating and complex, each cusp is like its own individual sign, turning the 12 traditional signs into a cool two-dozen. The cusp between Pisces and Aries (roughly between March 17 and March 23) is known as the Cusp of Rebirth, and is characterized by imaginative daydreamer Pisces traits water-colored by fiery impulsiveness and a go-getter attitude of Aries, combining fearlessness with compassion. The Aries-Taurus cusp (April 19 to April 23), possibly one of the most chill cusps out there, is the Cusp of Power, defined by a natural head for leadership from Aries and a taste for getting down to the nitty-gritty details, thanks to taskmaster Taurus. The Taurus-Gemini cusp (from May 17 to May 23), the Cusp of Energy, provides these “cuspers” with the ability to backbend into adapting to many different situations with ease as a Gemini would, with the stability and cleverness of a Taurus.

The Cusp of Magic, or the cusp between air sign Gemini and water sign Cancer, roughly from June 17 to June 23, is known as the flirtiest of cusps, emotions running high from Cancer’s influence but with the lightheartedness and fun, non-committal nature of a Gemini. The Cancer-Leo cusp we touched on earlier is known as the Cusp of Oscillation and occurs between July 17 and 25. These folks are characterized by a conflict between two majorly different signs, hence giving these personalities a tendency toward swinging from the sensitive Cancerian side into a full-on drama explosion, a la Leo.

The Leo-Virgo cusp, or the Cusp of Exposure, which lands between August 19 and 25, is another complex combination of fiery, driven Leo with studious, detail-oriented earth sign Virgo. These folks are either loud and direct or silent and secretive with little leeway between these two sides. When Virgo moves into Libra between September 19 and 24, or the Cusp of Beauty, you can expect a gentle personality motivated by a blend of physical beauty and easy communication in tandem with a balance between their external and internal worlds. The Cusp of Drama and Criticism, or where airy, calm Libra moves into the tumultuous waters of Scorpio between October 20 and 25, is all about sex appeal, precise skill, and extremely calm judgement—but with a big dose of egotism that can become exhausting.

The Cusp of Revolution, or when sultry Scorpio moves into adventurous Sagittarius between November 18 to 23, is characterized by intense individualism and a fierce rebellious streak, largely playing by their own rules. Sagittarius-Capricorn, or the Cusp of Prophecy, is an odd bird indeed, running from December 18 to 24. These personalities are colored by their exceptionally bright intellect and raucous sense of humor, making them outgoing and friendly as well as reliable and responsible to a T. The Cusp of Mystery and Imagination, when earthy Cap moves into airy, inquisitive Aquarius between January 17 and 23, are known to be offbeat and eccentric intellectuals who sometimes struggle to balance the differences of being at once reserved and extroverted, guarded and safety-driven, but always fiercely independent. Finally, the Cusp of Sensitivity, or when Aquarius moves into Pisces between February 15 and 20, serves up a personality that’s stimulated by many visionary experiences, making these people intensely intuitive and generally offbeat.

For those born on the razor’s edge of two signs, you can discover which sign’s camp you absolutely fall into by researching the degree of your sign, or where exactly the sun was moving in the cosmos during the time of your birth. This information can be found easily by having your natal or birth chart calculated either by a professional astrologer or, thanks to the Internet, a quick punch of the keys. Even so, knowing the precise degree of your sign likely won’t completely lift the veil of confusion—you’re bound to identify with one sign melded with the traits of its neighbor sign for life.