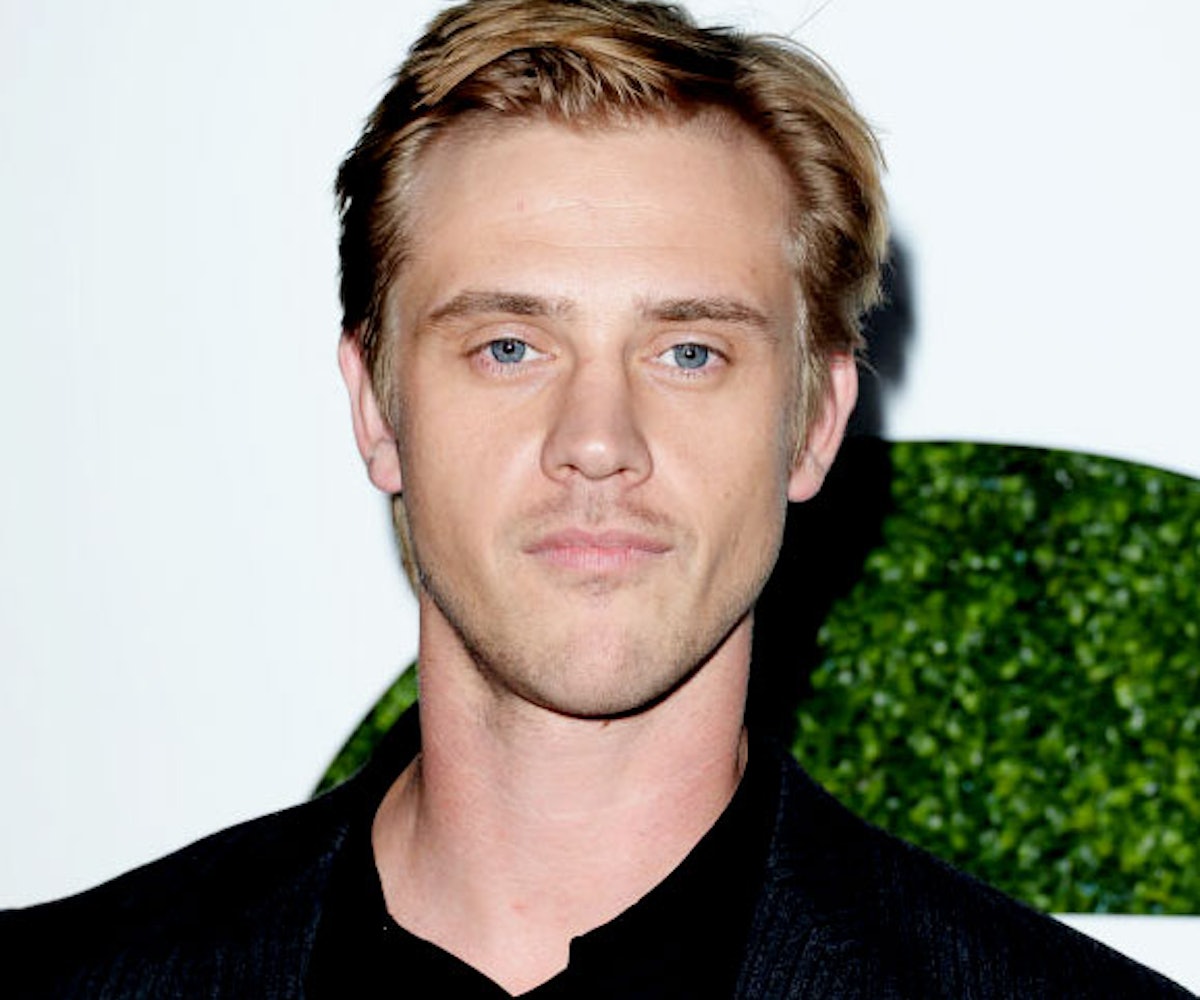 The latest series in Netflix's robust TV factory is Narcos, A dynamic, 10-episode historical thriller containing two narratives unfurling concurrently: One half chronicles the rise of Colombian drug kingpin Pablo Escobar (Wagner Moura), and the other charts his inevitable fall, as executed by DEA agent Steve Murphy, played by Boyd Holbrook. Although previous incarnations of Escobar typically dominate the screen—and Moura's performance is both boisterous and menacing—it’s Holbrook as the determined federal enforcer that separates Narcos from other onscreen explorations of the Escobar myth. Assuming the role of narrator, Holbrook exudes an unmistakable charisma and ruggedness that has helped make him one of Hollywood's most promising rising stars.

How much did you know about Pablo Escobar's story prior to shooting?

I probably could recognize his face. I didn't really know a lot until spending time with Steve. He was nice enough to get me and Pedro [Pascal] into Quantico [Virginia, where DEA agents train] and train with them for a week, which was pretty amazing. I really educated myself. It's also quite stranger than fiction at times.

Well, [Pablo Escobar] buried, like, $27 million because he had nowhere to put it. And then when he went to get it back, it had rotted, because they had packed it improperly. When he was on the run he burnt $2 million in cash with a woman for the night. It's like you can't write it... What's the phrase? "You couldn't make this shit up."

That's the initial thought watching the show: This can't possibly all be true.

And that's the reason why we're doing what I consider to be a 10-hour movie. I don't think there's ever properly been a movie about Pablo, because you can't fit everything into two hours; you're going to have to cut something out.

The pilot dives into the nuts and bolts of the Escobar operation, and it neither glamorizes nor condemns his behavior.

His tenacity is pretty spot on. This is one thing me and Steve talked about a lot. We didn't want to glamorize or promote drug use. This is not a story about Americans coming down to save the day. There's a line in the show, "There would be no Pablo Escobar if there was not American consumption." So, you're the fucking problem, too.

Do you believe Escobar could be Escobar now, in 2015?

There's a really interesting book about stuff like that and how billionaires are made at certain times. Certain developments happen at certain periods of time.

In your own career, do you think you've been the recipient of good timing?

Oh, I absolutely believe I'm blessed to do what I do for a living. There's a lot of rough paths in life. In that regard, I try to be very thoughtful of what I do and how I spend my time, and what I like to spend my time on.

Did you always believe this was going to work out for you?

That's an interesting question. Nothing ever works out the way you think it will.

Which is good or bad?

What has making this program been like in comparison to your work in movies?

I've been on this show basically for a year—two months off of the year, with the voiceover included. It's kind of strange that it comes out in a burst and you're not trying to really draw it out and milk it for what it's worth. I'm very guilty of watching shows when they drop, though. What Netflix is doing—I think they've kind of taken over the market. They're creating such interesting content, and have the ability to be risky. We have a show that's in 50 percent in Spanish and 50 percent in English. It's authentic. We're not a WWII movie where everyone should be speaking German, but they're speaking English with a German accent. I totally understand why that shit happens.

Do you prefer working with Netflix to the studios?

To each their own. I think every product is different, and it all requires a different mandate. It's just that Netflix let's you do your own thing. They trust you. They make the right choices when hiring people, rather than guarding the guard tower, looking down at you.

You've worked with directors like David Fincher and Terence Malick. Are there people telling Malick what to do?

Have you seen a filmmaker's vision be thwarted by a studio?

If it has, I haven't seen it. I don't think typically stuff like that happens.