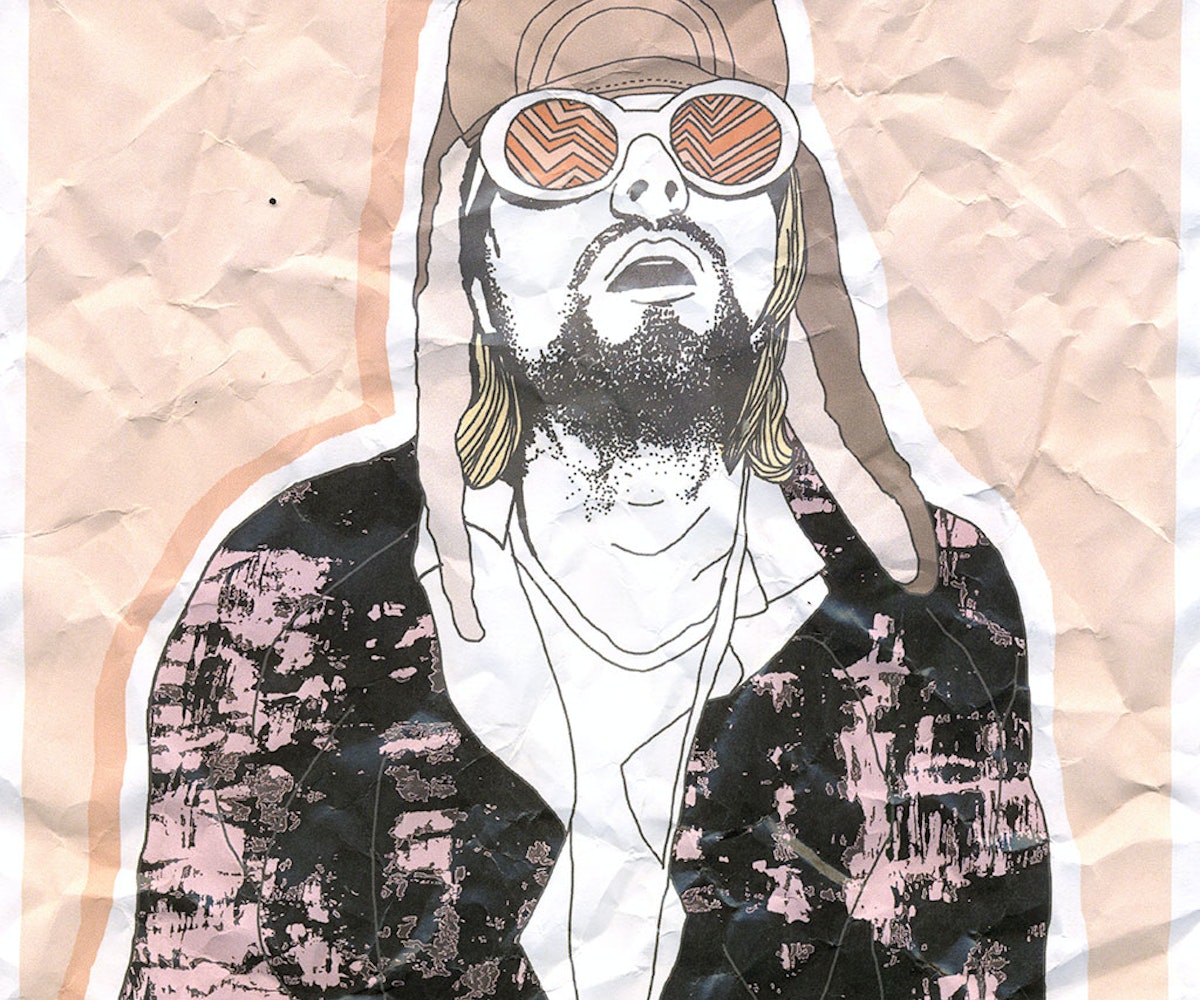 Though there’ve been enough books written and movies made on Nirvana’s mercurial frontman to fill an entire wing of the Smithsonian, we’ve never seen anything quite like Brett Morgen’s riveting new documentary, Kurt Cobain: Montage of Heck. Using never-before-seen home footage, and over 200 hours of audio recordings—which he was granted access to by Courtney Love herself—Morgen (The Kid Stays in the Picture) has crafted an oneiric, intimate portrait of Kurt Cobain the father, husband, brother, and son. During its screening at the Tribeca Film Festival and ahead of its HBO premiere, Morgen reflected on what it was like to immerse himself in the tortured psyche of one of our generation’s most mythical cultural icons.

What was it like to watch the film with Kurt Cobain’s daughter, Frances Bean, for the first time?

It was incredibly moving. She told me that I had given her two hours of the father she had never had, and to not touch a frame. Her main objective was not to create another deification of him, of “Saint Kurt” as she called it, but to do something that was honest and real.

You spent most of the filmmaking process immersed in Cobain’s psyche. Do you feel like you developed a kind of rare relationship with him?

What was your reaction when you first walked into storage facility and saw the archive for the first time?

From the time I first heard about Kurt’s archives, five years had lapsed before I was physically able to enter the space. Over the course of those five years, you could imagine my mind had built this space into some sort of cinematic crescendo. I thought I was walking into the last shot of

Raiders of the Last Ark

. Instead I walked into an innocuous storage facility. My first impression was: Is this it? There were only 18 to 20 boxes, which is a significant amount given his short lifespan, but it still seemed like, Wow, in this space is my movie.

Was there anything in particular you found that unlocked the film for you? A kind of eureka moment?

Nobody had mentioned that there was going to be audio and video tape. The greatest discovery was the 200 hours of unheard audio. It was a very condensed version of what transpires over a year or two. 70% of this film was unnearthed when we walked into this room, which was essential. In order to acces Kurt, and Kurt’s inner thoughts, and how Kurt was away from the media, we had to utilize the elements in that room. Most of the creations in that room were things that Kurt created in his apartments, most of which he did because he had to do. He was a prolific artist, and he wasn’t very precious about it, so he’d create something and just throw it in a box.

What do you hope audiences learn about Cobain that they didn’t know before?

I hope they gain a deeper appreciation for Kurt as a man, and a deeper understanding of his struggles through life, and why he was so sensitive to ridicule and everything else. His sister Kim described him as an open wound, which was rather apt, that he felt pain intrinsically. My favorite parts of the film are when Kurt is by himself creating, and you feel and sense the joy. And I’m not sure people, through his public persona, really felt the joy and the happiness that Kurt had when he was creating.

Was your intention with this film to have the last word on Kurt Cobain?

Oh God, no. I think that Kurt has become one of the more significant cultural icons of our time. As such, I think his story will probably be repurposed and retold for generations to come. I believe what we can say is that this is the first movie or book that accesses everything that Kurt created in his lifetime, and my interpretation of Kurt was created almost entirely from primary sources. I don’t think that will ever happen again.

NEXT UP
Entertainment
A24 Is Screening ‘Bodies Bodies Bodies’ Director’s First Film
Nylon Nights
Copenhagen Goes Hollywood, Courtesy of Joe & the Juice
Entertainment
Paramore's "This Is Why" & 9 Other New Songs Out This Week
Entertainment
Lindsay Lohan Teases Her Return To Film, 'Falling For Christmas'