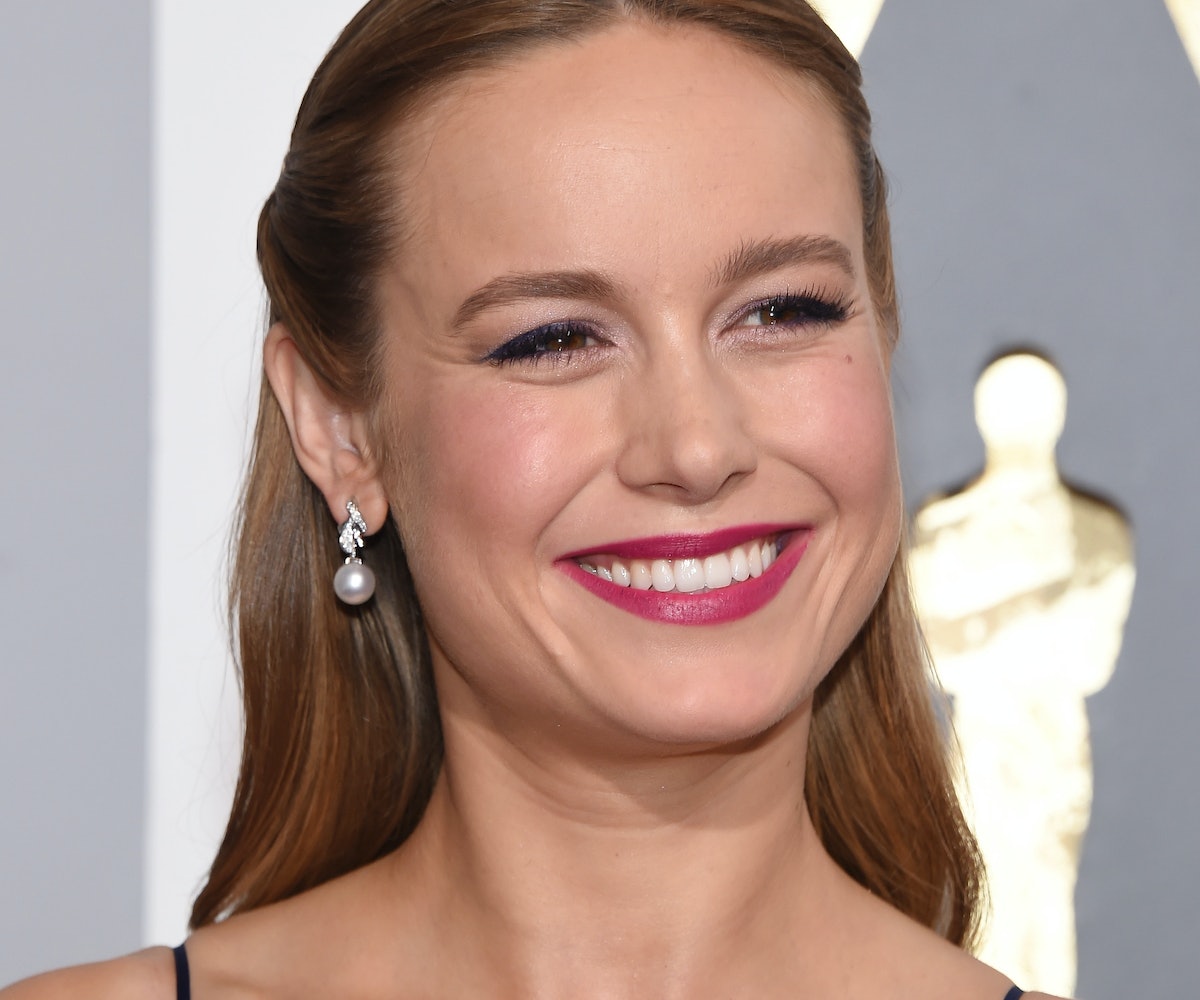 Ever since Marvel Studios announced they were devoting an entire movie to the female superhero Captain Marvel, people wondered who would be the actress to break the mold. Yes, Scarlett Johansson's Black Widow is a big part of Marvel's incredibly successful cinematic universe, but she has yet to headline her own film. After speculation that actresses like Charlize Theron and Katee Sackhoff would be donning Captain Marvel's red, blue, and gold tights, the role looks like it's Brie Larson's to lose.

Variety is reporting that Larson is reportedly in "early talks" (which in Hollywood-speak means the role is, again, hers to lose) for the part. Captain Marvel follows Carol Danvers, "an air force pilot whose DNA is fused with that of an alien during an accident." It's standard superhero stuff, as Danvers is then gifted with the powers of flight, super-strength, and the vaguely put "energy." Larson won the Oscar for Best Actress last year, and the lead role in Captain Marvel cements her status as one of Hollywood's most in-demand actresses. But unlike Halle Berry, who took a serious misstep by starring in Catwoman following her own Oscar win, Larson is in competent hands with Marvel, who have a good sense of character and have yet to completely botch a film. As for Larson, her next project is the King Kong origin tale Kong: Skull Island, which once again proves that the actor has hit it big time. We're rooting for her.