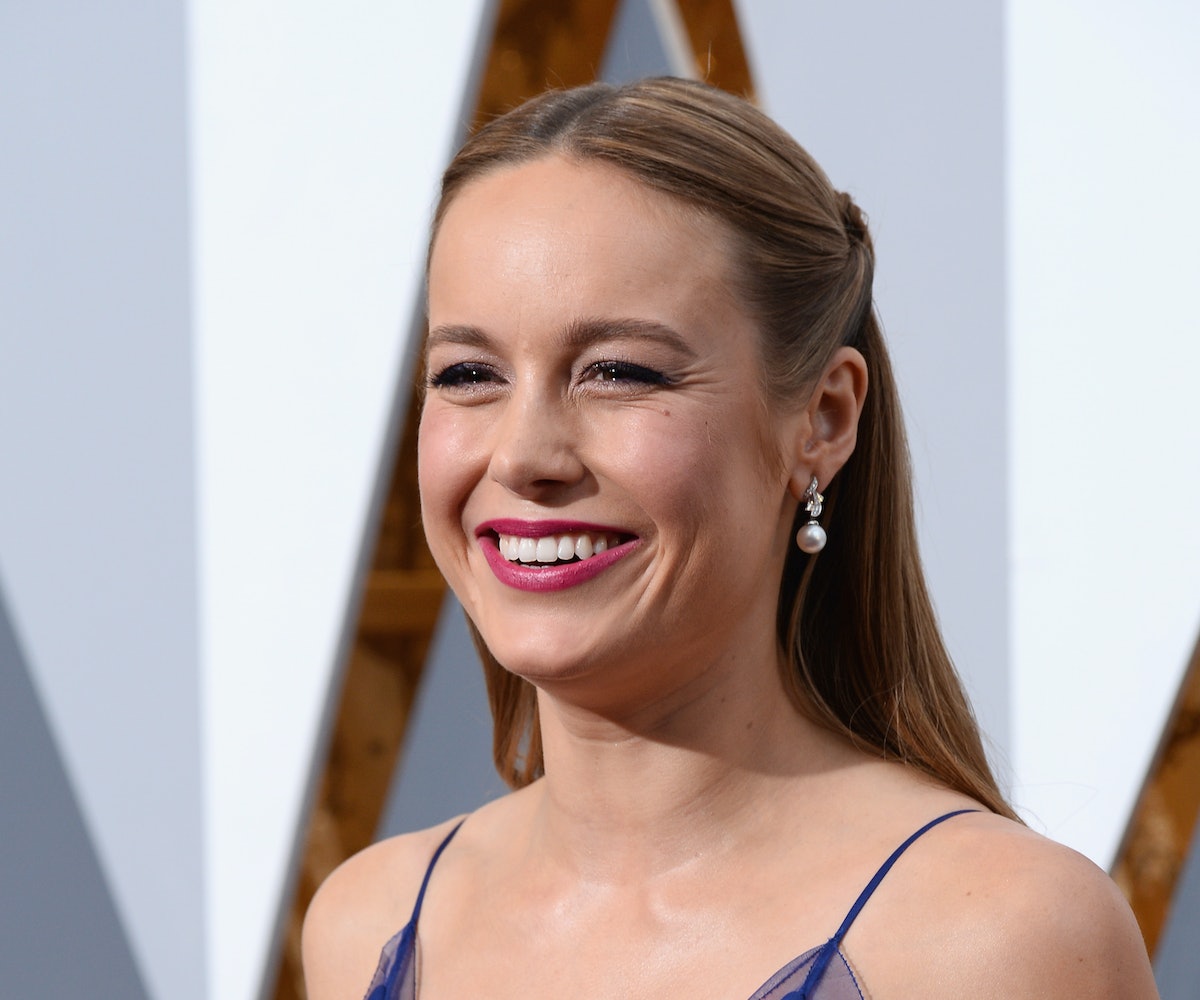 Brie Larson might have won Best Actress at the Academy Awards tonight, but her greatest moment didn't come while onstage. Following Lady Gaga's moving performance of "Til It Happens To You," where she brought out victims of sexual violence onstage, Larson was filmed hugging each one of them following the performance. While Gaga's song didn't win the Oscar—Sam Smith's James Bond theme "Writing's On The Wall" took the prize—her performance was clearly one of the most powerful moments of the night. Written alongside Diane Warren for the campus rape documentary The Hunting Ground, Gaga invited scores of sexual abuse survivors to take the stage, desplaying messages of empowerment written on their arms. After they left the stage, Larson can be seen hugging them one by one. It's an inspiring sight. Check it out below.

NEXT UP
Entertainment
9 Films To Stream After Watching ‘Don't Worry Darling'
Entertainment
Florence Pugh Is A Gothic Nurse In Eerie 'The Wonder' Trailer
Entertainment
Lindsay Lohan Teases Her Return To Film, 'Falling For Christmas'
Entertainment
A New Trailer Explores The Dark Side Of 'Barney'