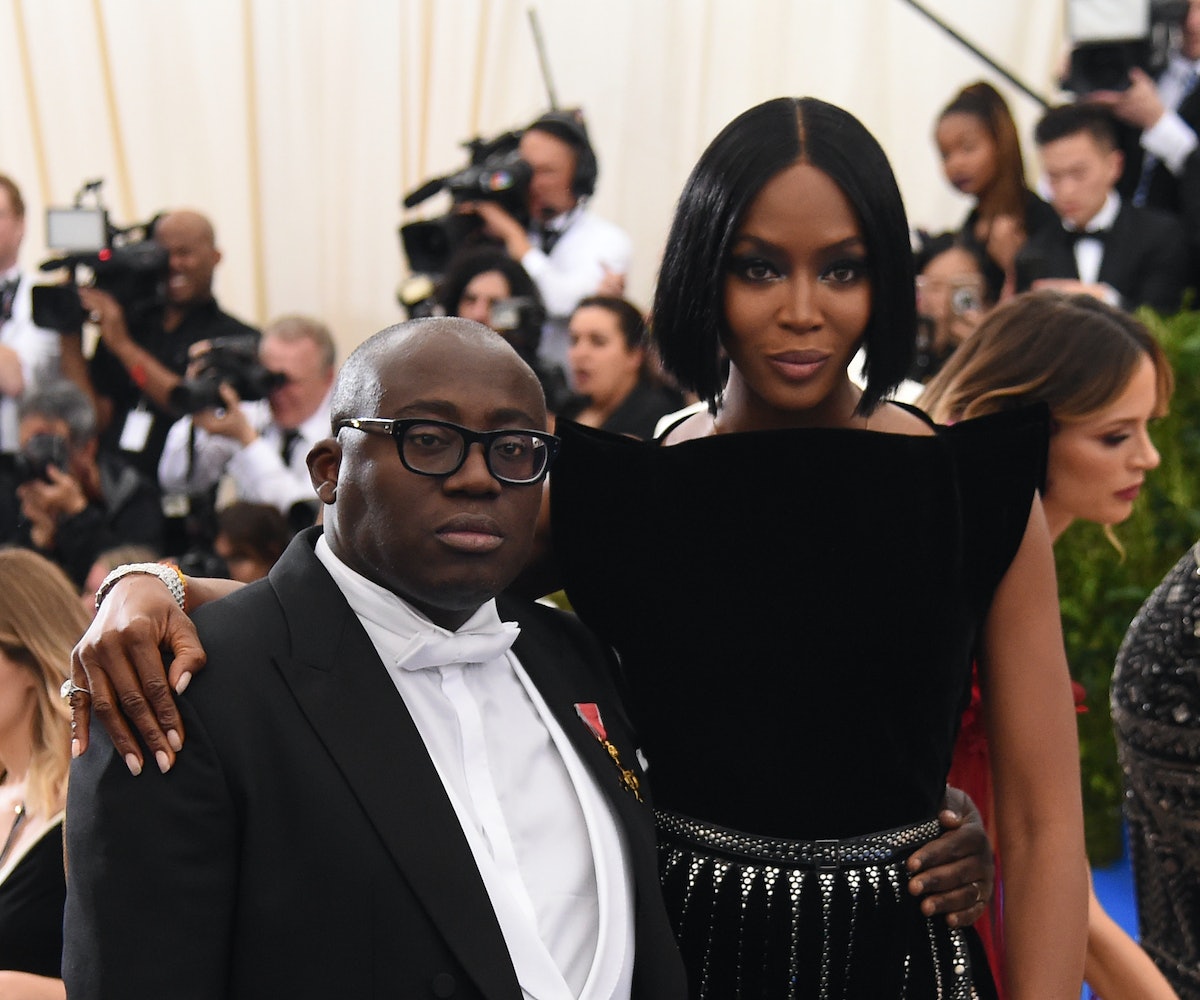 The tea that former British Vogue editor and fashion director Lucinda Chambers spilled recently is just starting to cool down, but there’s already new news from the magazine. According to WWD, recently appointed editor in chief Edward Enninful is looking to shake things up even more by adding some very well-known names to the venerable magazine's staff.

Enninful has tapped fashion magazine stalwart Grace Coddington, models Naomi Campbell and Kate Moss, and film director Steve McQueen (12 Years a Slave) to join the magazine. Coddington, who worked at British Vogue for 19 years prior to American Vogue will return as a contributor. Campbell, a long-time friend of Enninful’s; Moss, who was already working as a contributor; and McQueen, will come on as contributing editors.

Enninful said about the hires:

I am thrilled that Kate, Naomi, Steve and Grace are going to work with us in these new roles. As two of the biggest international style influencers and supermodels, the impact Naomi and Kate have in today's culture is enormous. Being an acclaimed filmmaker and Turner Prize-winning artist, Steve will bring an increased depth to the arts within the magazine. Grace's relationship with Vogue started at a very young age; she has become synonymous with the title and is as much loved in Britain as is she is globally.

We’re interested in seeing where Enninful plans on taking the glossy next. There are more announcements and staff changes reportedly coming down the pipeline, so maybe keep that kettle brewing for a little while longer.

NEXT UP
Fashion
Nylon Fit Picks: Olivia Rodrigo in Y2K Fendi, Alexa Demie at Balenciaga, and More
Fashion
The Best Denim Moments On The Street At Paris Fashion Week
Fashion
Taylor Momsen Is The 'Grunge Goddess' Star of R13's New Campaign
Fashion
This Y2K-Beloved Bag Is The Most Sought After Item Of 2022