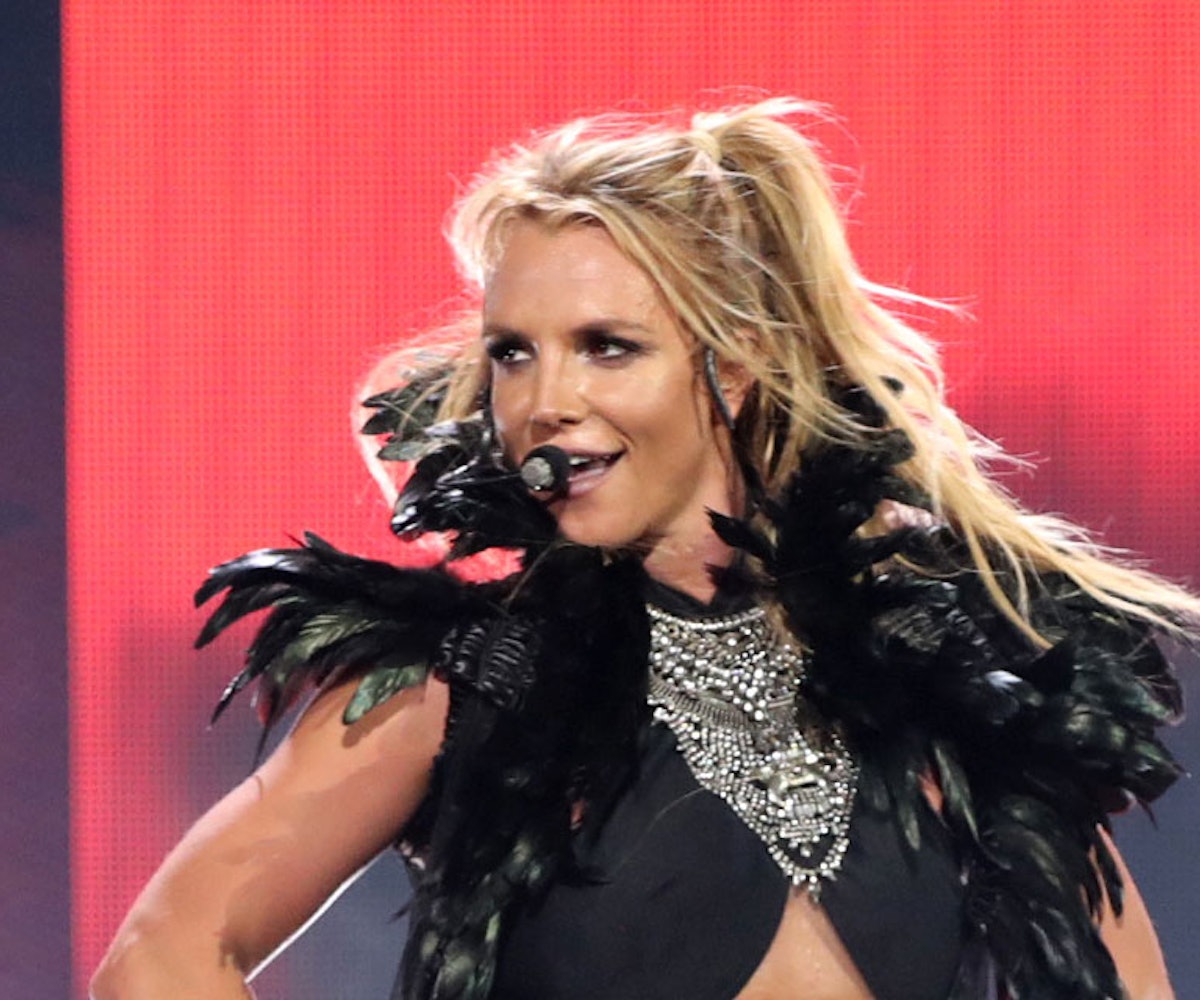 Photo by Christopher Polk/Getty Images for iHeartMedia
by Hayden Manders
May 3, 2017

The legendary Miss Britney Spears is about to do it again. With her Las Vegas residency coming to an end at the closeout of 2017, Spears' team has their sights set on Broadway.

Forbes reports that Spears' managers, Larry Rudolph and Adam Leber, are in talks to bring her catalog of hits to the Great White Way. It is said they met with "On Your Feet!" director Jerry Mitchell. The director confirmed the talks, stressing that the Spears production would "NOT be autobiographical." Instead, they hope to create a fictional narrative tying Spears' songs together, similar to what Judy Craymer and Catherine Johnson did with ABBA and "Mamma Mia!."

Mitchell said the show is still in its early stages. One thing's for sure, though: the musical is in good hands. Mitchell found success with "On Your Feet!," a current Broadway show based on the lives of Gloria Estefan and Emilio Estefan, which just celebrated its 500th show in January. Talk about being lucky.

Spears' Piece of Me show wraps on December 31, after four years at Planet Hollywood in Las Vegas.