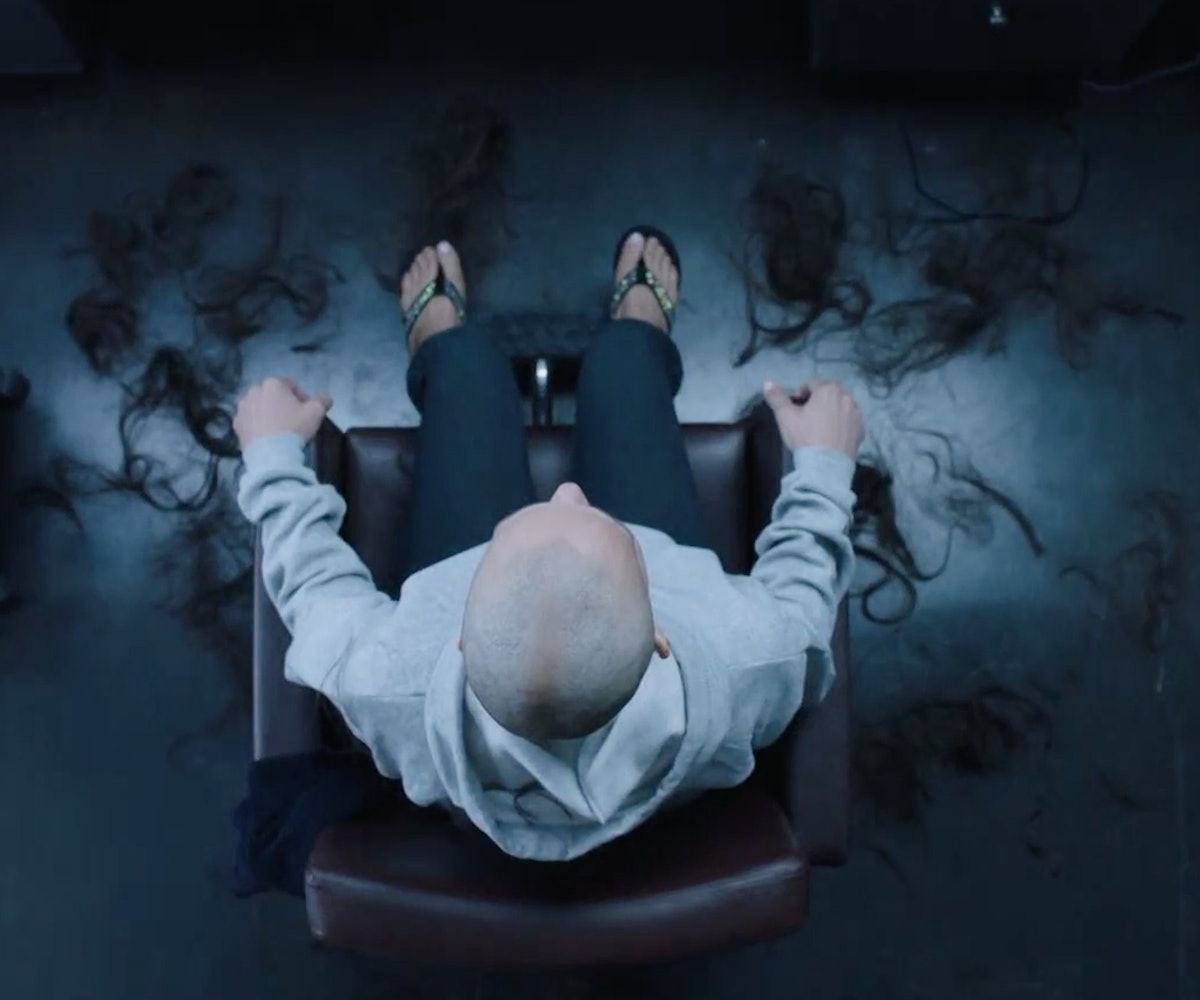 There’s a scene in the first trailer for Lifetime’s (unauthorized) Britney Spears biopic that many will remember. It shows an at-the-time brunette Spears shaving her head. The camera cuts to an aerial view of her, bald, with her hair feathered out around her. “I’m not gonna say I was fine because I wasn’t,” Natasha Bassett says, in what’s supposed to be Spears’ signature Southern twang. “Everything’s kind of this blur, you know? Until you hit rock bottom.”

Don’t hold back, Lifetime! The upcoming TV film will depict more than the singer’s downfall, though. According to a press release, it will also cover her “rise to fame” and “eventual triumph and resurrection.” According to some pictures from the network, they’ll also touch on her relationship with Justin Timberlake while the trailer shows snippets of her marriage to Kevin Federline.

Before fans get too excited, let’s not forget that Lifetime doesn’t have the best reputation when it comes to their artist biopics. They’re also not fans of waiting for approval. Spears’ film joins the ranks of the network’s other unauthorized retellings, including stories of Whitney Houston, Aaliyah, and Brittany Murphy. So, we’re not exactly expecting high-quality for this one, but you can tune in on February 18 when Britney Ever After premieres to see for yourself.

You know her name, but do you know her story? #BritneyEverAfter premieres, February 18th at 8/7c. pic.twitter.com/IADZsZe9x2 — Lifetime (@lifetimetv) January 23, 2017