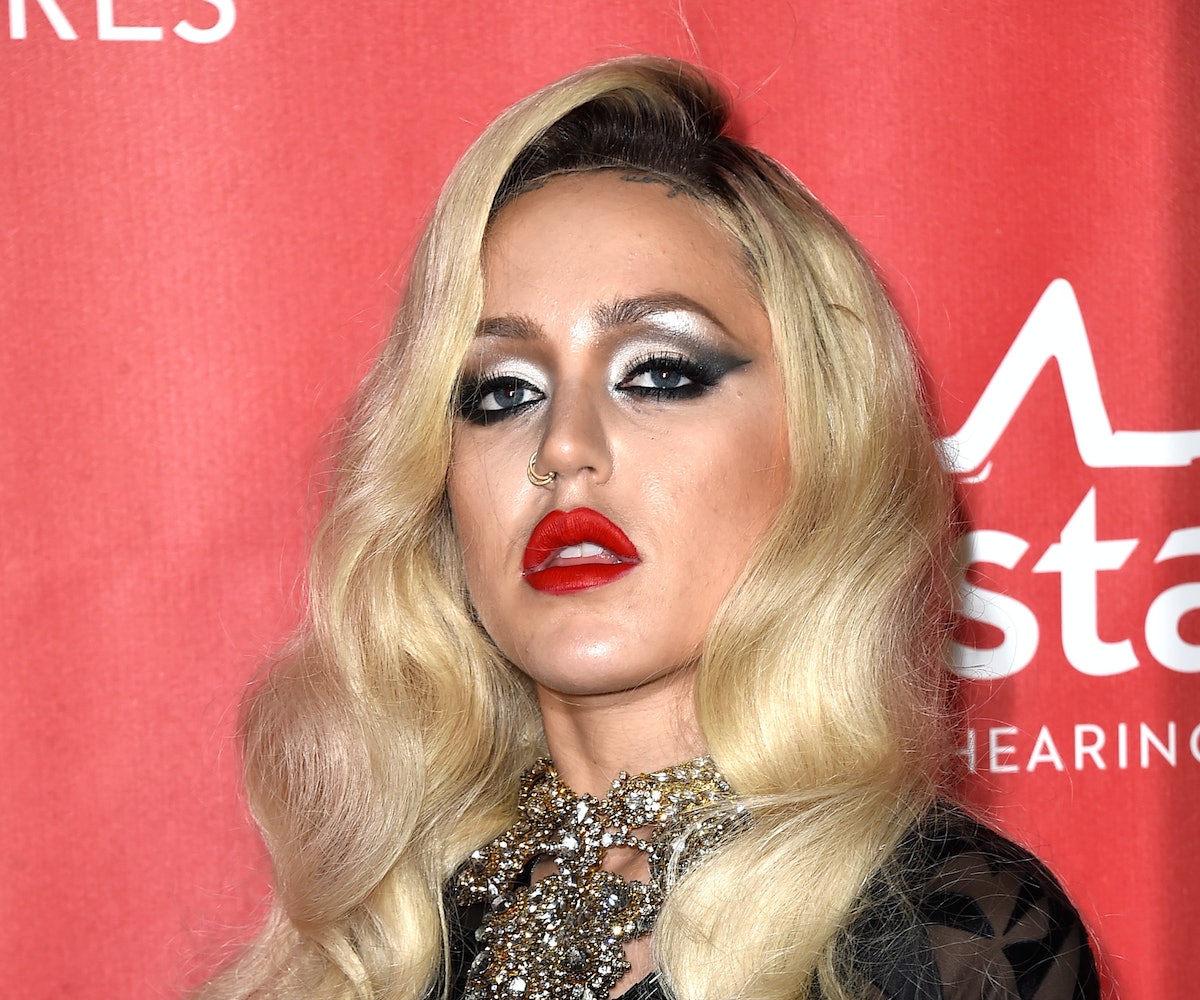 Rapper, songwriter, and overall costume extraordinaire Brooke Candy has just released a new music video. The song “Changes,” which features Jack Antonoff, is the third single off of her forthcoming debut album.

The video, which was produced and filmed by none other than Steven Klein, features Candy in mostly black-and-white frames with a pop of color in the form of a vibrant, sometimes smudged red lip. She channels everything from Marilyn Manson, with milky pale skin and black, dripping mascara, to full-on cyborg. It’s a little crazy, and a little creepy, but what else would you expect from her?

The “Changes” video is part of Candy’s new campaign for MAC, which she just released a full capsule collection for, comprised of everything from lipsticks to nail polish. The collab really comes as no surprise to us, as we know she’s no stranger to ornate costume and makeup. It only makes sense that she would expand her talents from the music industry into cosmetics.