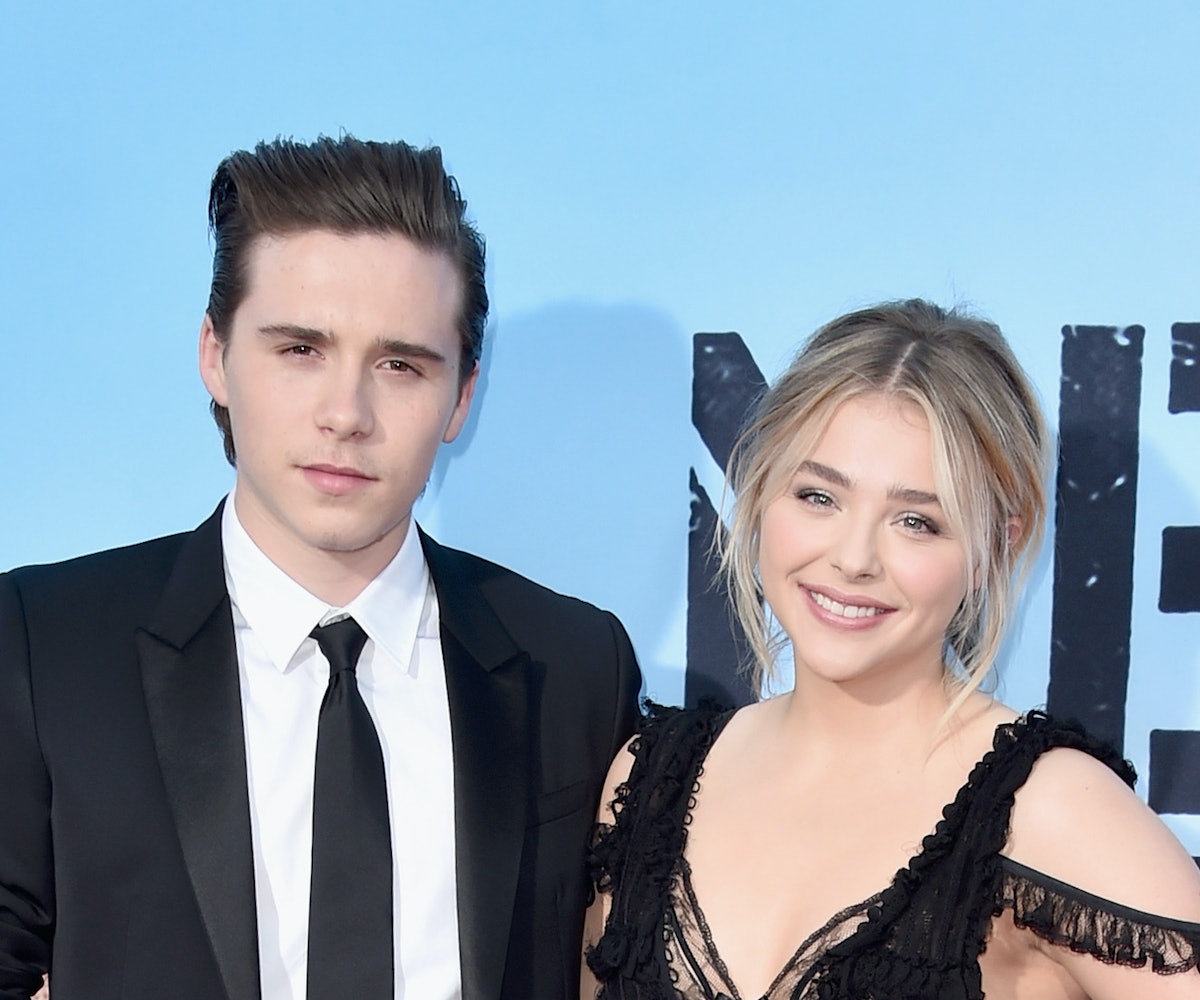 When you're the coolest couple in town, there's no better place to show it than at a movie premiere. After making their relationship Instagram official, Chloë Grace Moretz and Brooklyn Beckham are ready to take things to the next level. The two attended the premiere of Neighbors 2: Sorority Rising, making it the first red carpet that they have appeared at together as a couple.

Not that she needed to, but Moretz also confirmed that she and Beckham are dating to Andy Cohen on Watch What Happens Live. "I think the more I don't make it mysterious, the more people don't care, so yes, we're in a relationship," she said. Moretz also told Entertainment Tonight that Beckham is a "sweetie" and a "good boy," in case you were wondering how she truly, deeply feels about him.

The two were inseparable at the after-party where they cozied up in the VIP area. Apparently, Beckham is very protective over Moretz so he constantly drapes his arm around her. Is your heart bursting yet?

We couldn't be happier for these two cuties.