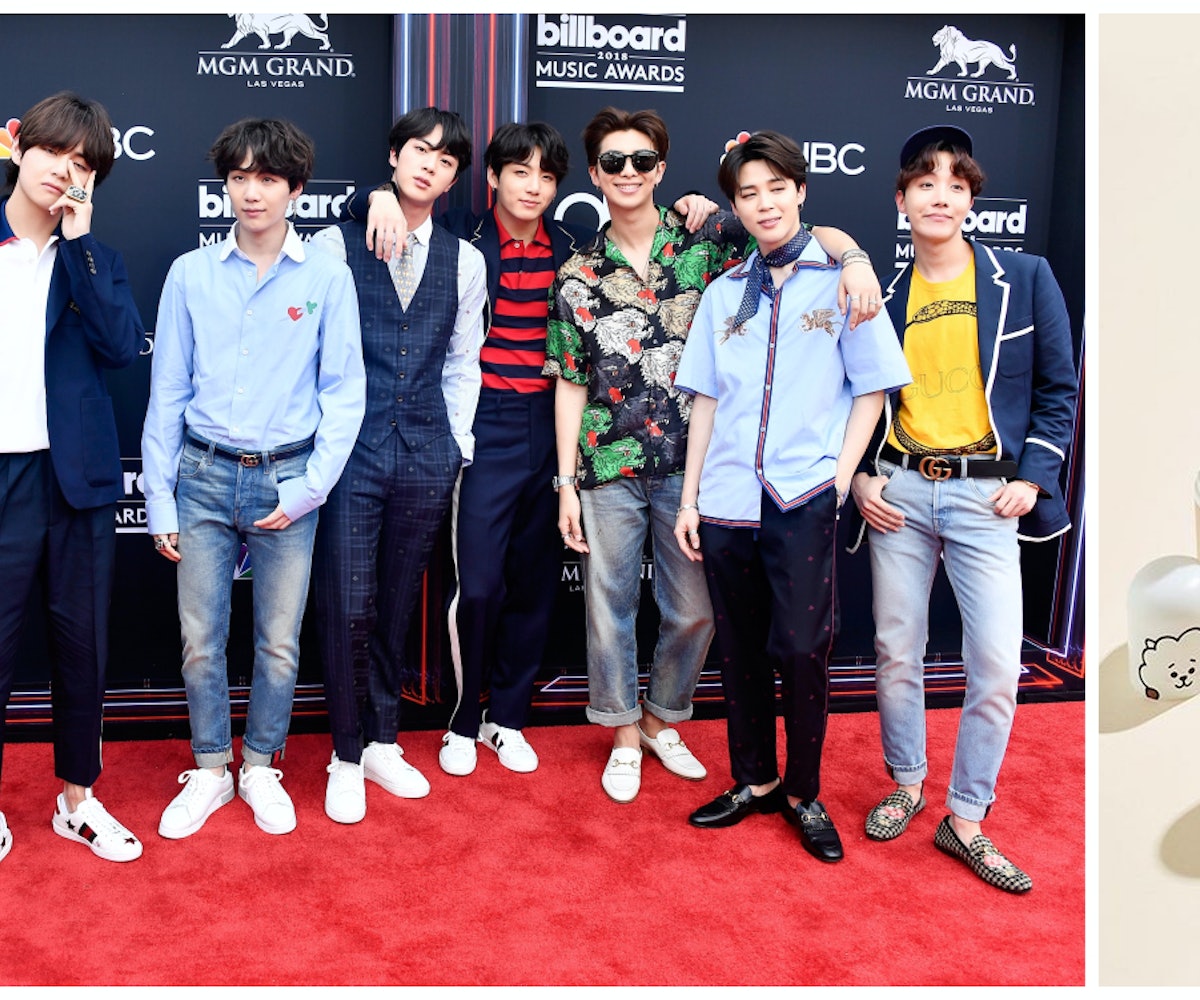 Photo by Frazer Harrison/Getty Images and courtesy of VT Cosmetics

K-pop and K-beauty are both hot right now, and sometimes the two are even intertwined. K-pop stars are celebrated for their flawless skin and makeup, so they’re often endorsers of makeup and skin-care brands. Now, K-pop band BTS has taken it a step further and collaborated on a collection with brand VT Cosmetics.

The collection includes lipsticks, eyeshadow palettes, and foundations in a range of colors and sheer CC cream. There’s also a tinted shimmering luminizer, to make your skin glowy, and a green-tinted foundation base, to reduce redness. And from the looks of the brand's Instagram page, there might be more products launching soon:

The packaging is absurd levels of adorable, featuring the band members’ cartoon avatars, aka BT21, created as part of a collaboration with LINE FRIENDS. We want one of everything just so we can collect all the characters. This isn't the first time the band has collaborated with VT Cosmetics: They've also released a color-correcting compact that reduced redness and had SPF 50 in the formula, as noted by Paper.

The collaboration will drop tomorrow, October 12. There’s some bad news, which is that the brand doesn’t yet ship to the United States—but the American members of the BTS Army will likely find some way to get their hands on this one.