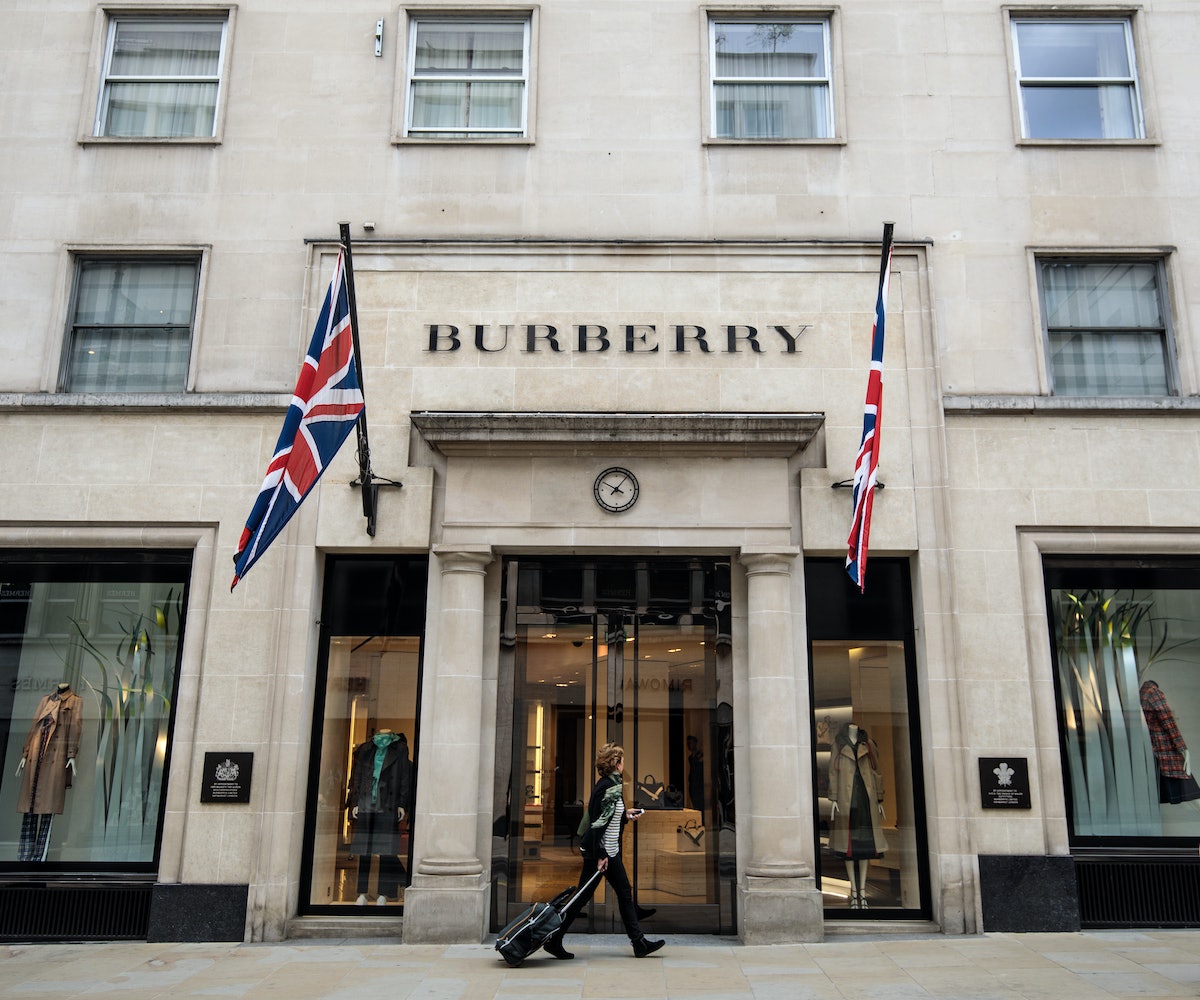 According to a new press release, Burberry has decided to stop burning its unsaleable products. It will also no longer use fur in its collections. Said the brand’s CEO, Marco Gobbetti, “Modern luxury means being socially and environmentally responsible,” and the brand’s new restrictions will help them meet those goals.

Burberry was met with serious backlash in July after an earnings report showed that the company burned about $38 million of unsold products including clothes, accessories, and perfume in order to minimize the possibility of items being resold for cheap. This effort to “protect its brand” obviously backfired. Now, the company has committed to restricting this practice, and will only throw away beauty products that are damaged, defective, or expired “where recycling is not an option.”

Previously, Burberry used rabbit, fox, mink, and Asiatic raccoon fur, but moving forward, it has banned the use of these furs and Angora. This will start with Riccardo Tisci’s debut collection for the brand, which will be revealed later this month. The brand has pledged to “phase out existing real fur products" as well.

Burberry joins brands like Gucci, Tom Ford, and Michael Kors in its ban of real fur.

NEXT UP
Fashion
Issey Miyake’s Best Designs Over The Years, From The Runway To Steve Jobs
Fashion
17 Regencycore Fashion Finds To Channel Your Inner ‘Bridgerton’
Fashion
Kim Kardashian Collaborates With Beats On SKIMS-Inspired Headphones
Fashion
How To Wear A Bandana In Your Hair The 2022 Way