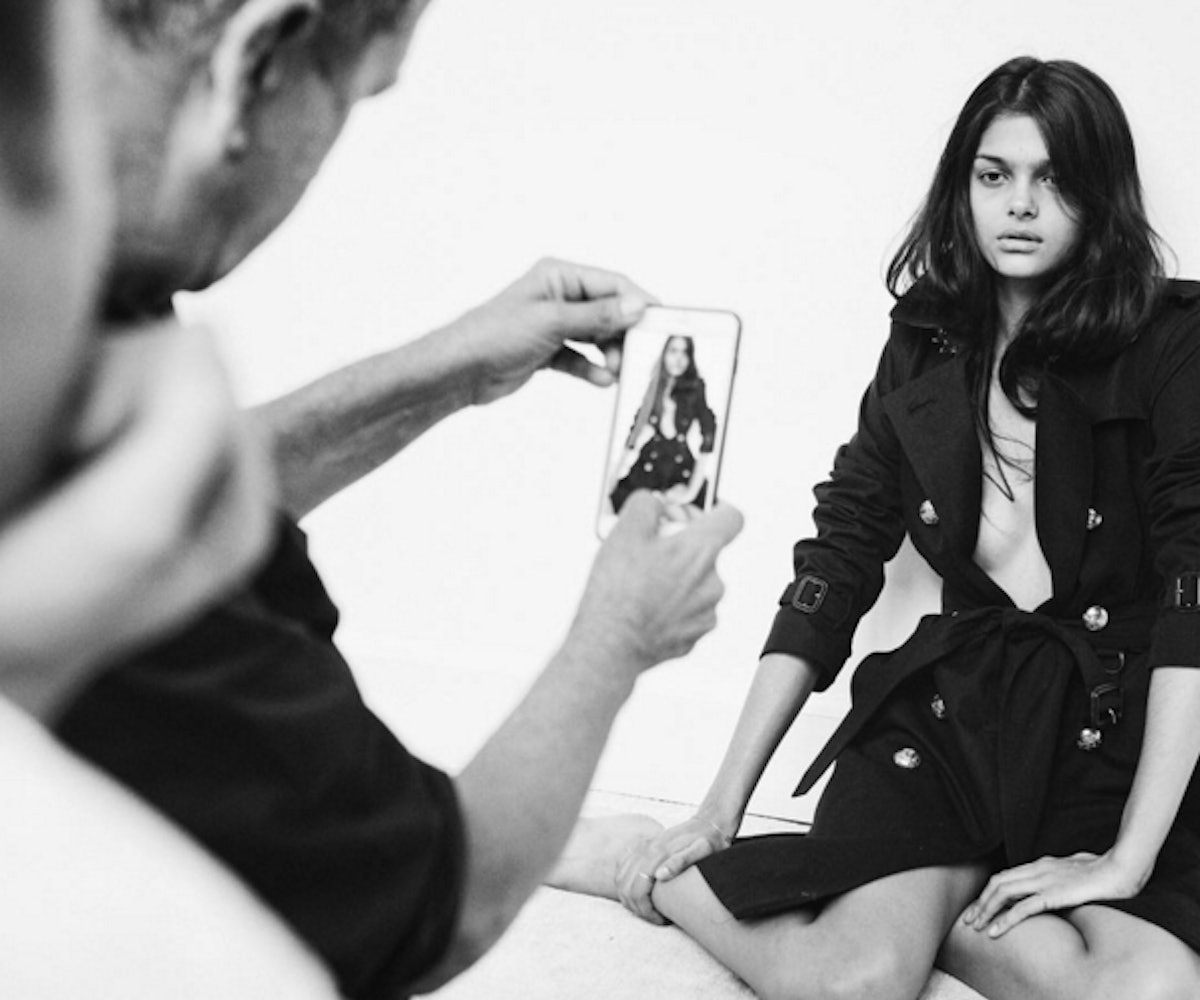 When fashion and social media come together, the results are almost guaranteed to be amazing. That’s why it’s especially exciting to hear that Burberry is previewing the ad campaign for its spring ‘16 collection on Snapchat.

This isn’t the first time that Burberry has proven its mastery of the Snap; they gave a sneak peek of the spring '16 collection, dubbed "Functionregalia," before London Fashion Week in September, showing notable pieces like a badass updated Burberry trench, and the most opulent sliders we've ever seen.

To preview the spring ‘16 campaign, you’ll just have to follow @Burberry on Snapchat. Then, you’ll be able to watch real-time, behind-the-scenes footage of famed photographer Mario Testino (known for his Towel Series, which recently added Kristen Stewart to its list of featured faces) working his magic. The Snap Story has been up since 12 p.m. EST, so catch it while you can.