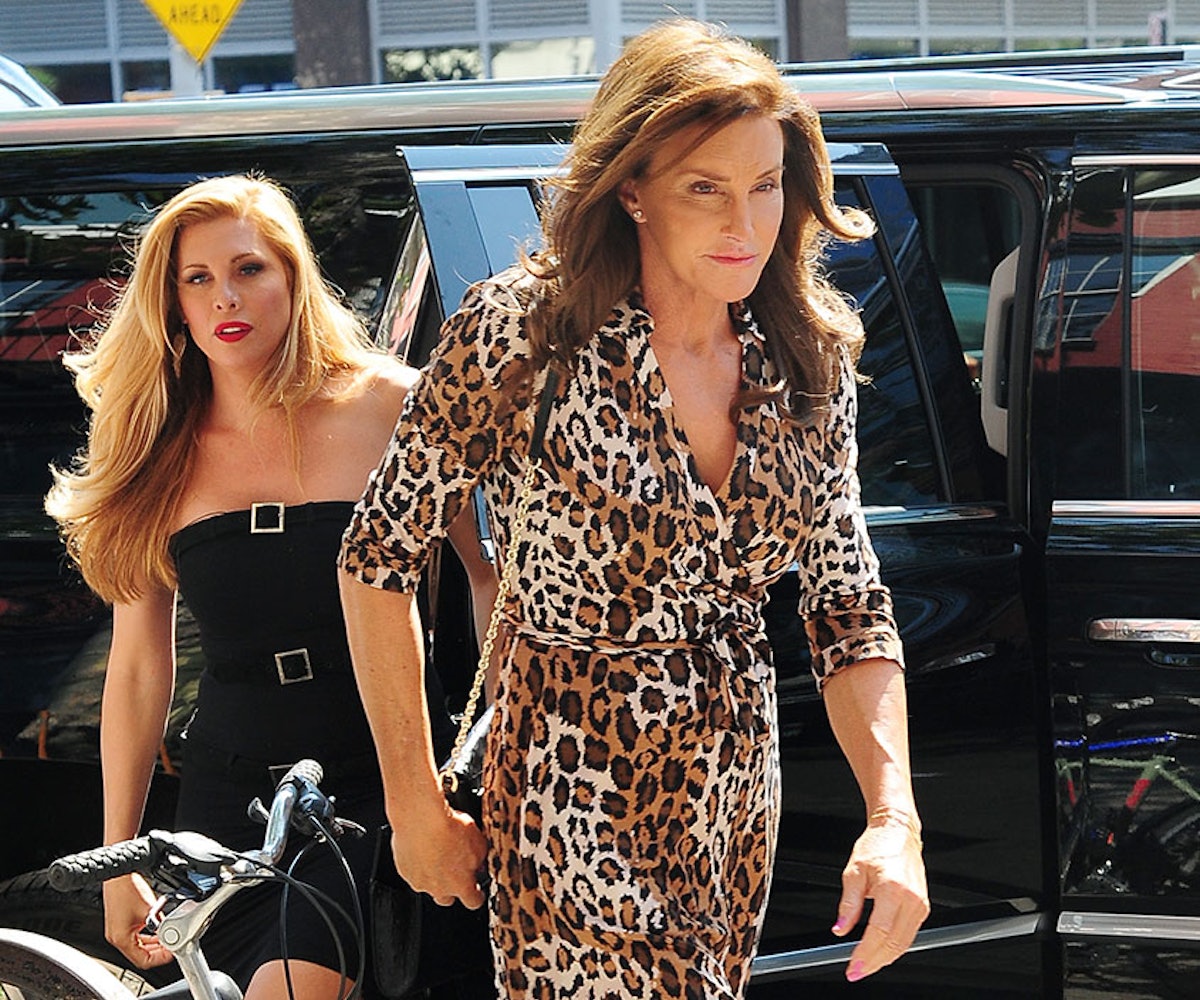 During her first Pride celebration, Caitlyn Jenner surprised partygoers by attending a party at Dream Downtown, where transgender actress and entertainer Candis Cayne performed. After Cayne dedicated her rendition of "I'm Every Woman" to Jenner, the two seemingly struck up a friendship. And, as Star reports, a romance.

“After her monumental life change, Caitlyn’s ready to open up her heart again, and really, how could you ask for a more perfect fit as a romantic partner than Candis?" a source said. “She’s been basically through the same struggles and confusion, so she’d be the perfect person for Caitlyn to lean on as she continues her journey of transition. Candis is smart, funny, talented, and drop-dead sexy. I wouldn’t blame Caitlyn one bit if she fell for her.”

If you're not already familiar with Cayne, she is one serious badass. In 2007, she became the first transsexual actor to play a transsexual character on primetime television. She is also a choreographer and performer, and has been a huge figurehead in the transgender and transsexual movement.

Regardless of whether Jenner and Cayne's relationship is romantic or merely a friendship, it is exciting to see these two strong women support each other.