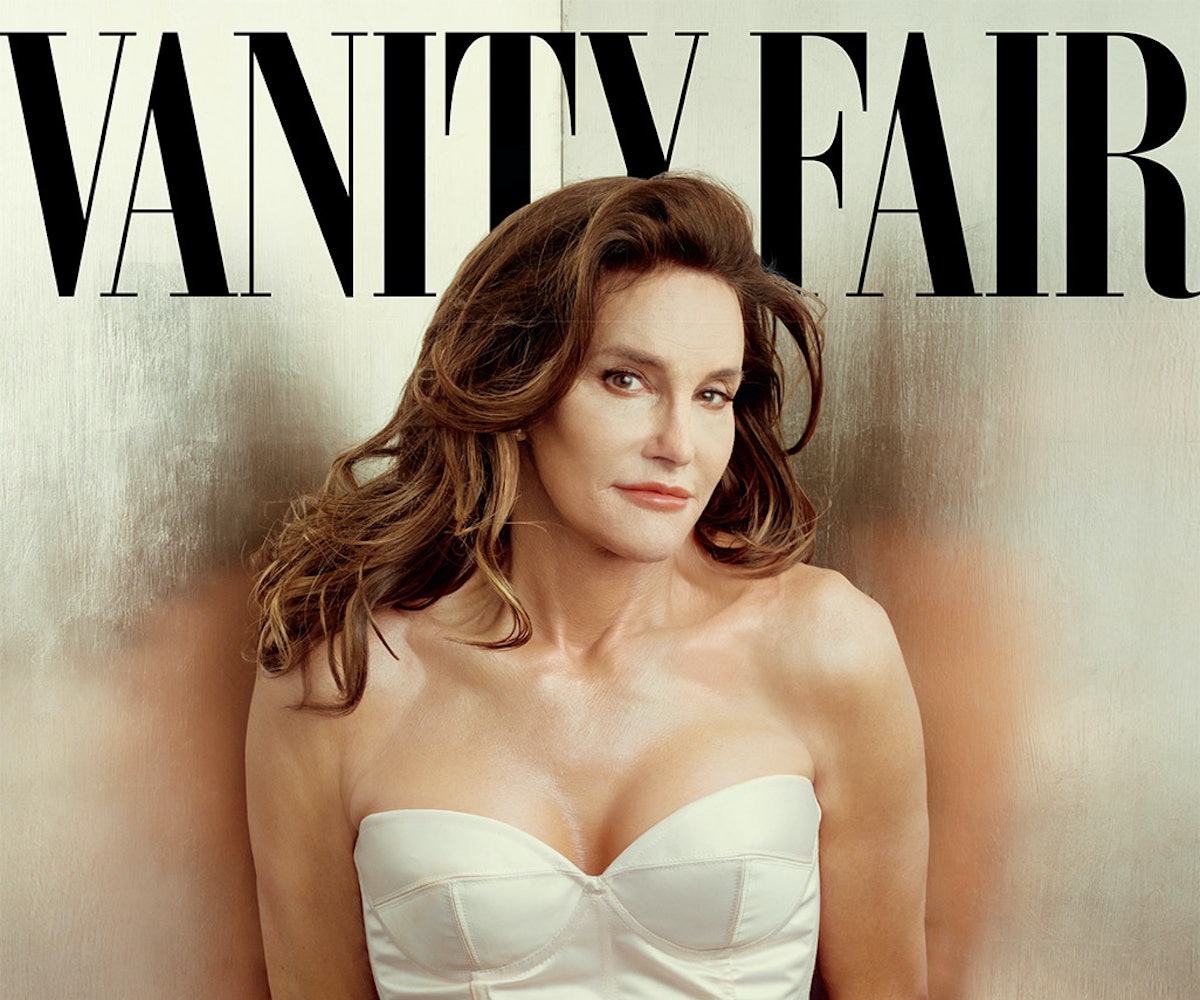 Just days after it was announced that Bruce Jenner’s first appearance as a woman would be on the cover of Vanity Fair, the magazine went ahead and premiered said cover. It reads, “Call me Caitlyn,” doing away with VF$1’s typical cover lines and underscoring the importance of this moment.

The elegant portrait, shot by Annie Leibovitz in Jenner’s Malibu home, has Jenner wearing a throwback bustier that recalls a Katy Perry cover from a few years back. Caitlyn Jenner looks gorgeous—confident, radiant, and happy. And according to her tweet, she’s as happy as she looks:

Somewhat interestingly, Jenner is not spelling her name with a K, breaking from family tradition. It might have something to do with Brody Jenner dating fashion blogger Kaitlynn Carter, or it might just be Jenner doing just that—breaking from family tradition. Ahead of the issue’s June 9 newsstand date, which features a story on Jenner’s transition by Buzz Bissinger, VF also released a behind-the-scenes video of the shoot, which you can watch below.