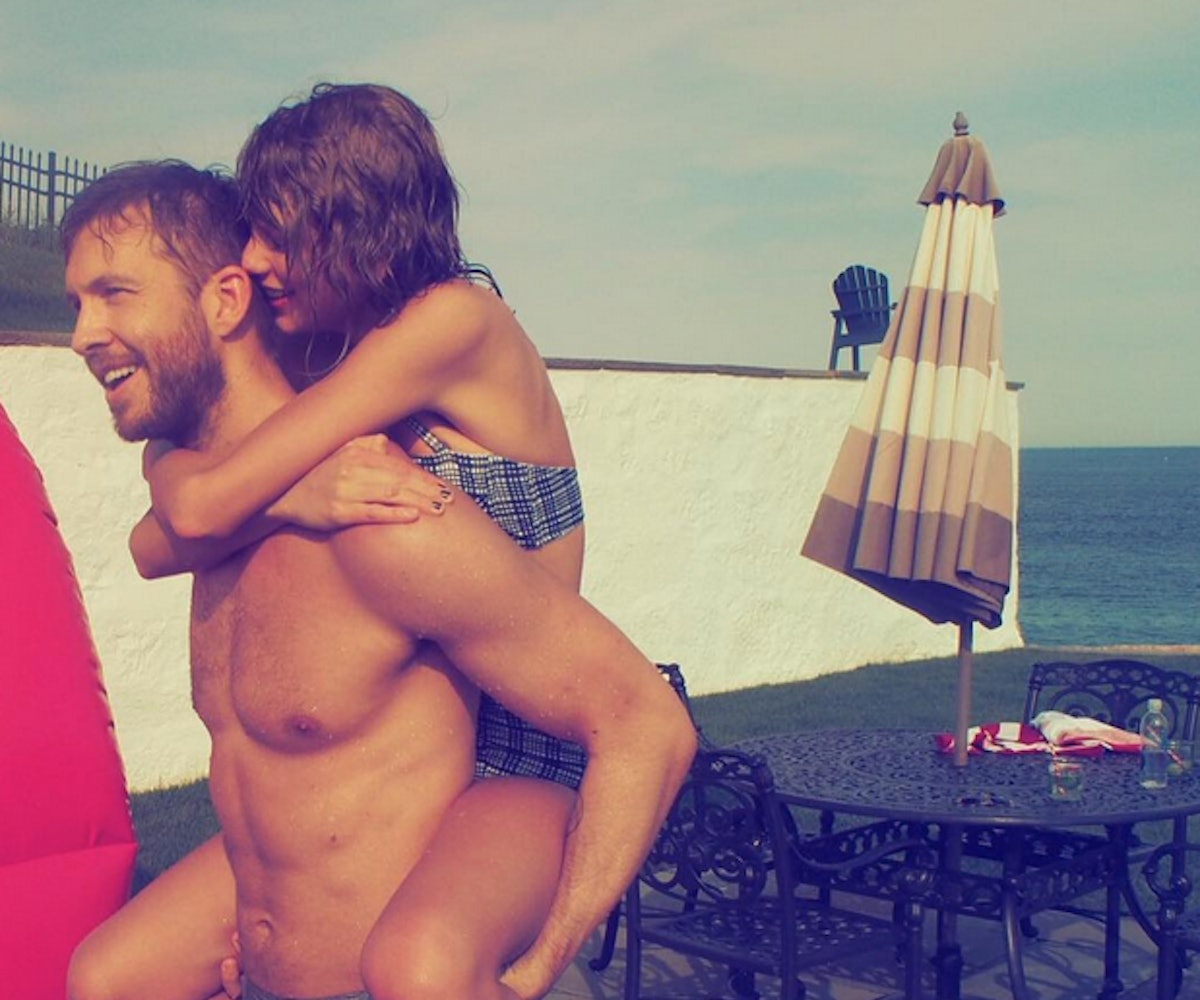 After months of the couple posting awww-worthy Instagram pictures and being seen looking totally blissed out, Calvin Harris is speaking about his significant other, Taylor Swift.

During an interview with KISS FM UK's Breakfast show this morning, where he released his new single "How Deep Is Your Love," the DJ revealed that things are "going absolutely fantastic" with his lady love. The 31-year-old further talked about how being in such a highly publicized relationship is "interesting," saying, "because obviously there's different things written about it every day, and even if we don't do anything publicly for a while, someone will make something up, and there will be some sort of story...It gets more and more ridiculous!" We can only imagine.

"There's a whole bunch of times when we've been hanging out and nobody's caught it," he went on to say. "You know, it's not like every single time we go out we get a photograph taken of us. That's not the case. But for me, though, it could be a lot worse and I'd still be like insanely happy with her so I'm good with it."

We're good with it too, and we're insanely happy for you both! Rock on, blondies.

NEXT UP
Culture
Senators Quoted Taylor Swift During Ticketmaster’s Hearing
Culture
Phoebe Dynevor Will Not Return for Bridgerton Season 3
Culture
11 Must-Read February 2023 Books
Entertainment
Chloe's "Pray It Away" & 9 Other New Songs Out This Week
Style + Culture, delivered straight to your inbox.