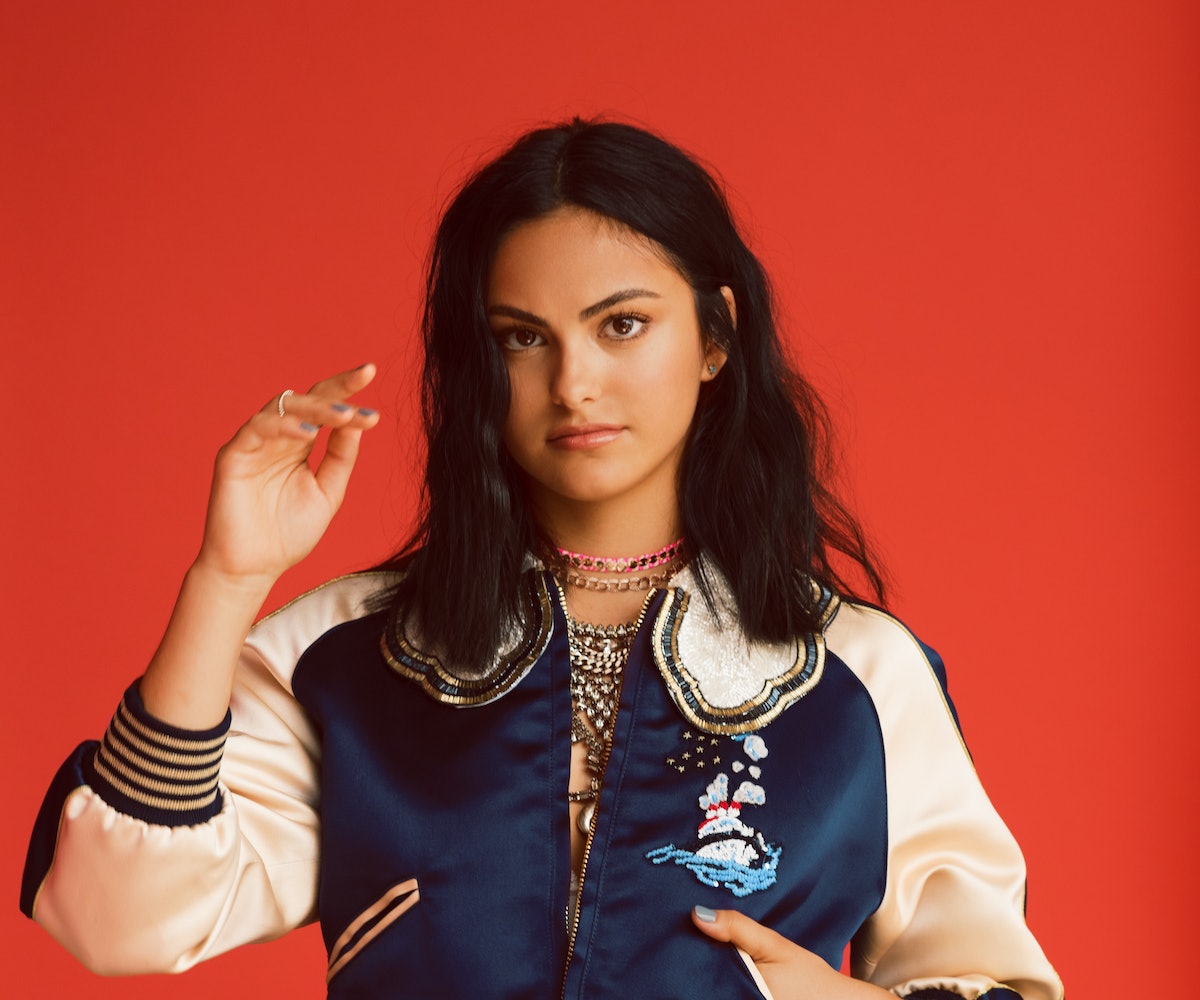 Camila Mendes began her acting career as a cranberry. The production was a third grade play, The Turkeys Go On Strike, and, as Mendes recalls, “I was taking the role so seriously, playing all sorts of emotions. I think that’s when I started to get a kick out of it because the audience was laughing, and people seemed to be enjoying my performance.”

Mendes is taking her newest role just as seriously. In Riverdale, the CW’s dramatic reimagining of Archie Comics, the Miami native plays Veronica Lodge, a snobby vixen whose large wealth is matched only by her attitude. But Mendes insists this is the most connected she has felt to a character. “I had never felt more confident about a role and about playing a character than I had with Veronica. I read the breakdown for this and I was like, she could not be closer to who I am.”

Lili ReinhartThe moment Lili Reinhart found out she would be playing the iconic Betty Cooper, of Archie Comics fame, she was making herself a hot dog and curly fries. “I got the call and I was like, ‘Oh my god!’ I started crying, and after I found out I ate my hot dog like a champion. It was one of the best days of my life.”

The 19-year-old actress will be starring in Riverdale, The CW’s gritty adaptation of the classic comic strip, and though Reinhart didn’t grow up on them, she immediately read up and found ways to propel Betty forward. “In the comic books she’s a pushover a little bit, she takes the backseat,” she says. “Archie is a lot more interested in Veronica, and Betty is just hopelessly in love with Archie, which is great, but the comics can come off a little misogynistic.”

The show in general will be darker in tone than the oft-lighthearted comics, Reinhart explains, and Betty has evolved beyond the “damsel in distress” we’ve come to know since the comics premiered in 1941. “I want her to be stronger and not let people walk all over her,” Reinhart says. “In the comic books, Archie just kind of picks between each girl every other day. No girl wants to watch a girl on television be pulled apart by a guy every which way. You want a girl who doesn’t let someone do that to her.”

Before becoming Betty, the Cleveland-born Reinhart grew up acting in community theater, but beyond that, she says, “I didn’t do any plays in high school and I never even really got many leading roles in the plays that I did. I didn’t even make my high school a cappella choir!”

Riverdale, she says, is the big break she has been working toward since she started acting at age 12. Her hope is that it’s only the beginning of working with her castmates, with whom she became close while filming on location in Vancouver. “At the end of the day we were constantly texting each other like, ‘When do you get off set? Let’s go get dinner. Let’s all hang out in so-and-so’s room.’ We would go and hang out in the hot tub downstairs. We all really became like a family, which I think is kind of rare.”