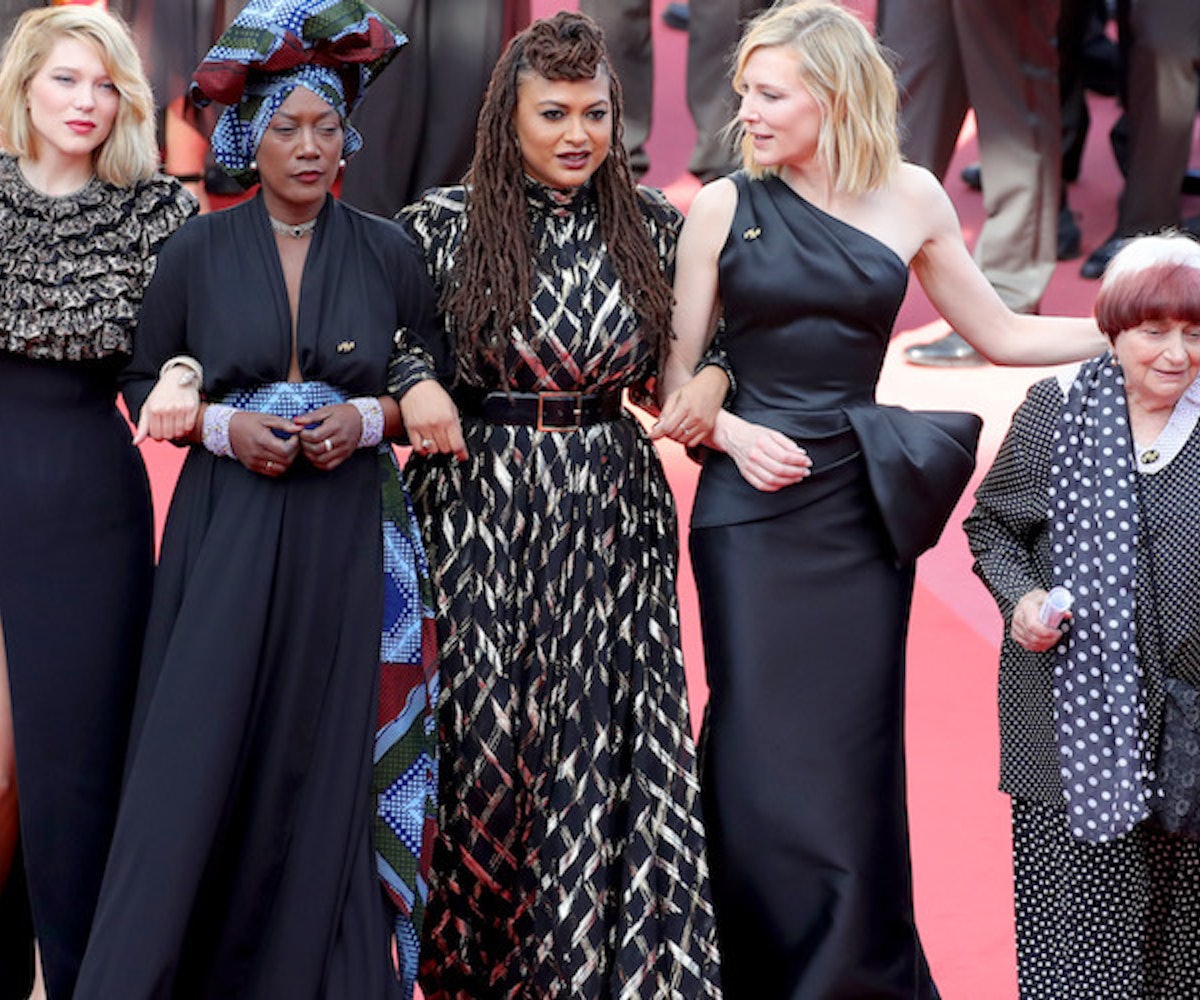 The 2018 Cannes Film Festival has been in full swing since last week, and we’re officially feeling all the FOMO. Aside from the buzz and excitement surrounding all of the films that we just can’t wait to see for ourselves, we’ve been drooling from afar at all of the glitz and glamour seen on the carpet.

Over the weekend, however, things turned up a notch. Topping the regular lineup of photo calls, premieres, and parties filled with gorgeous gowns was Fashion For Relief, a charity gala and fashion show that brings fashion’s elite (and all of the models-of-the-moment) to Cannes.

In addition to the really great fashion, there were some pretty empowering happenings, as well. Led by some of this year’s film jury, including Cate Blanchett, Ava DuVernay, and Kristen Stewart, stars and filmmakers joined forces to protest the festival's lack of female filmmakers, marching down the red carpet and reading a statement at the screening of Girls Of The Sun (Les Filles Du Soleil).

We rounded up all of our favorite red carpet moments from this past weekend that you may have missed—from protest statements to sartorial hits—so you can experience some Cannes FOMO with us. Check ‘em out, below.

Bella Hadid made a case for the red carpet crop top in this sparkly two-piece gown at the Fashion For Relief.

Cindy Bruna’s poofy mini dress by Ermanno Scervino is what dreams are made of.

Can we please stop and take a moment to appreciate the magic that is Winnie Harlow’s tropical Roberto Cavalli gown?

To say that we’re obsessed with model Damaris Goddrie’s liquid black dress and checkered pumps would be an understatement.

This year’s jury head Cate Blanchett, joined by a group of female filmmakers, reads a statement on the steps of the red carpet in protest.

Amber Heard wore this stunning rose-covered Giambattista Valli mini dress, along with a pair of matching booties, to the Girls Of The Sun (Les Filles Du Soleil) premiere.

Kendall Jenner had a sheer moment in this cloud-like organza Schiaparelli Haute Couture gown at the premiere of Girls Of The Sun (Les Filles Du Soleil).

Later that day, at the premiere of 3 Faces (Se Rokh), Cotillard wore possibly the chicest off-the-shoulder jumpsuit we’ve ever seen.

Our queen Naomi Campbell wore a literal piece of art to the Dior dinner on Saturday night.

NEXT UP
Fashion
Olivia Rodrigo Wore A Sheer Slip Dress To The 2023 Grammys
Fashion
Apple Martin Is A Chanel Girl Now
Nylon Nights
Every 2023 Grammys Red Carpet Look
Culture
The Cutest Couples At The 2023 Grammys
Style + Culture, delivered straight to your inbox.