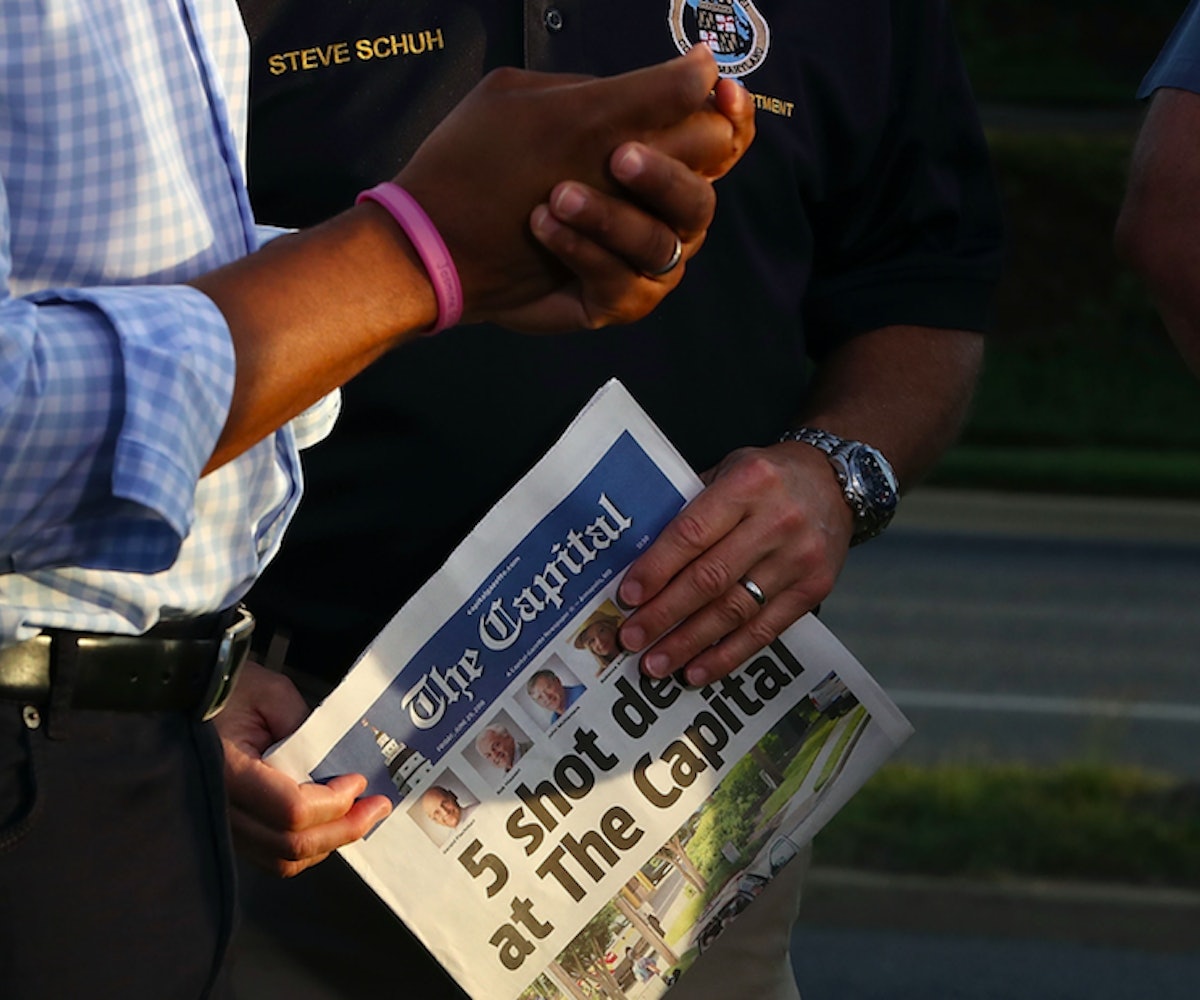 Yesterday afternoon, a gunman with a legally purchased firearm killed five journalists and wounded two others at the Capital Gazette newspaper office in Annapolis, Maryland. He went with the intention to kill as many journalists as possible, and with our current socio-political climate, this intention, while unfathomably tragic, is not at all surprising.

Under the Trump administration, journalists and the media have been consistently attacked and vilified by the president and those who work for him. This rhetoric has created an environment in which journalists are seen as dangerous people. The president himself has described the press as an “enemy of the American people.” His angry tirades at rallies and his ridiculous Twitter diatribes accusing the press of being out to get him can not be ignored any longer.

Freedom of the press is at risk, as is the personal safety of people who devote their lives to telling the stories of those who cannot speak for themselves.

By engaging in a fight with the media-at-large, the president is deliberately waging a war against the only people with a platform as expansive as his. He knows what he is doing when he gets angry at negative coverage or throws a fit when there's a suggestion that he is unfit to lead. It’s “disgusting,” he’s said, “that the press is able to write whatever it wants to write.” He has constantly accused major media outlets such as The New York Times, CNN, The Washington Post ,and NBC of generating and distributing “fake news” in a relentless attempt to discredit them.

The job of a journalist is to tell uncomfortable truths, and to hold powerful people accountable. But the powerful people naturally don't like that, and, consequently, violence against journalists around the world is not rare. And despite the fact that freedom of the press is constitutionally protected in America, with an antagonistic president, violence against journalists might soon become the norma, not an anomaly.

What can the average person do? Hold our elected officials accountable. Vote. And when politicians and their spokespeople attempt to relinquish themselves of responsibility, demand that they stand by the consequences of their actions. Sarah Sanders' condemnation of yesterday's violence should be called out as hypocritical, since she is the face of an administration which provokes and permits such things to happen.

We must pay attention to the state of our nation. Our voices and participation in marches and movements against injustice are increasingly important. What we say and what we do matters. We need time to mourn the lives lost yesterday, but we also needs to get up and get to work. The only way out is through, and one of the main paths is through the ballot box. So let's march there together.

Donate to a fund for the Capital Gazette victims and their families here.