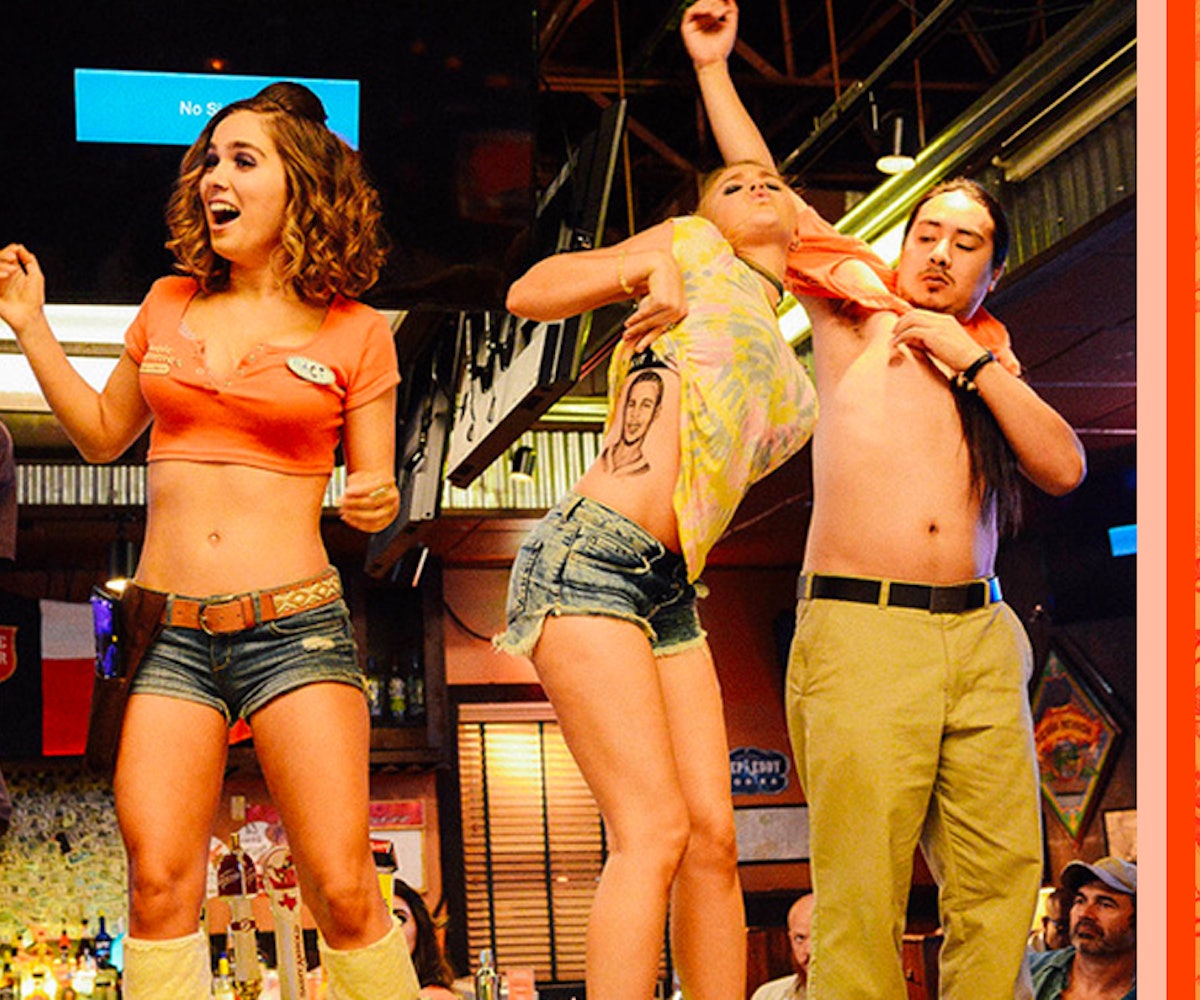 This year, anyone with an internet connection and an interest in the entertainment industry will have noticed a welcome spike in high-visibility studio pictures headlined by women. These films cumulatively gesture toward a brighter future for the gender, not just by imagining a world with more justly spread-around opportunity, but by imagining a world where being a woman is a pretty good time. In the big-ticket rom-com Crazy Rich Asians, our gal Rachel Chu (Constance Wu) lands her dream man and enters the 1 percent in a single fell swoop by joining his family of wealthy developers. The central heist of Ocean’s 8 affords its ladies the chance to paw at jaw-dropping jewelry, parade about in haute couture, and make off with millions, all while getting one over on a piggish man. And Amy Schumer vehicle I Feel Pretty serves up the customary happy ending—she gets the guy and the high-paying cosmetics job and a sense of self-worth! Living well, it has been said, is the best revenge.

There’s no triumphant, giving-them-what-they-want moment in Support the Girls, a new independent release with a quieter, more circumspect feminist ethic to match. We follow the harried Lisa (Regina Hall) over the course of one hectic day in her capacity as manager of Double Whammies, a Hooters clone tucked away off of a Texan highway. She does the work of between two and four people, scheduling shifts and resolving conflicts between her employees and dealing with aggressive customers and placating the restaurant’s scummy owner and handling about a half-dozen other responsibilities. Her reward? A dismissal, all because she deigned to throw an unsanctioned car wash fundraiser to scrape together a little money for a waitress in need.

It’s apparent, though, that this rationale is a cover for the owner’s real issue: Lisa has gotten a little too independent for his liking. Herein lies the crux of the film—capital and the hostile architecture of capitalism are a distinctly feminist concern. Support the Girls organizes itself around a crucial idea that films with a more prominent profile have denied, even as they rack up accolades for their progressive leanings. For the vast majority of real women, who do not marry princely real estate heirs or get life-changing head injuries or pull off a daring heist at the Met Ball, money hangs on the neck like a yoke. The need to get a regular check feels as natural and involuntary as the need to breathe, and eventually comes to supersede little things like dignity and a sense of self.

“All I can figure is I’m still grumpy about the fact that I have to earn a living,” Support the Girls director Andrew Bujalski said in a recent interview with the L.A. Times. “I’m so grumpy about it, I keep making movies about it to complain.” He’s being slightly tongue-in-cheek about the tyranny of having to get a job—but only slightly. Though the script never comes close to out-and-out histrionics, it’s still rich with contempt for an economy calibrated by men to subjugate women. Lisa, the uncomfortable middlewoman between an owner intent on extracting the most labor for the least money and the employees with diametrically opposed goals, speaks to a lineup of new hires with a reaching optimism. “We may not wear a lot of clothes, but this is a family restaurant,” she assures them. “It’s like working at Chili’s or Applebee’s, but the tips are way better.” “If you know how to work it,” comes the reply from a particularly savvy newbie. In America, female members of the workforce are rewarded for being bubbly, agreeable, and generally in compliance with reductive male fantasy (as are the managers who sell this ugly fact of life as an easily-traversed path to success).

It doesn’t take a Hollywood soothsayer to divine why these concepts can’t gain traction in mainstream cinema, even among those films touting forward-leaning attitudes. Support the Girls is a work of extreme pessimism, rooted in the idea that bad things happen to good people, and that that phenomenon is not an aberration of cosmic justice but the purposeful function of a mindfully designed and carefully maintained status quo. Despite the film’s constant flickers of humor and big, tender heart, it’s a feel-bad experience ending in defeat at the hands of a rigid system. These are not the thoughts that studio executives want audiences contending with during an afternoon at the movies; sex sells, and sadness doesn’t. Most viewers would rather soak in the Mediterranean sun of Mamma Mia!: Here We Go Again than think about their fundamental powerlessness, and who could possibly blame them?

In a recent analysis of Crazy Rich Asians published on The Atlantic, Lenika Cruz wrote, “… the other not-so-subtle message here is that money, if you have enough of it, can make you untouchable. That it can be a deliciously effective weapon against prejudice. Or that it can, at least, buy you a break from the indignities of racism once in a while—a luxury that not many people have.” She’s dead-on, succinctly articulating the insidious methods by which capitalist inequality propagates itself. Hollywood’s always pitched the concept of working hard until you join the ranks of the haves as the solution to being a have-not, which only serves to reinforce the existing structure. Sorry to Bother You shouted this from the rooftops, but never quite accounted for the specifically female dimension of this pattern.

In the mainstream Hollywood framework, women aren’t the temporarily embarrassed millionaires theorized by John Steinbeck, but rather temporarily humiliated, temporarily objectified, temporarily oppressed. A lucky few ascend to the upper classes, and while the send-off music swells and the credits roll, the rest have been left behind in favor of fantasy.

By-the-numbers representation is a strong start as the advancement of the feminist cause goes, but the biggest pictures are missing the big picture. Capitalism’s a rigged game, ensuring that nearly everyone loses by appointing a minuscule percentage of winners. Support the Girls just wishes it didn’t have to play.