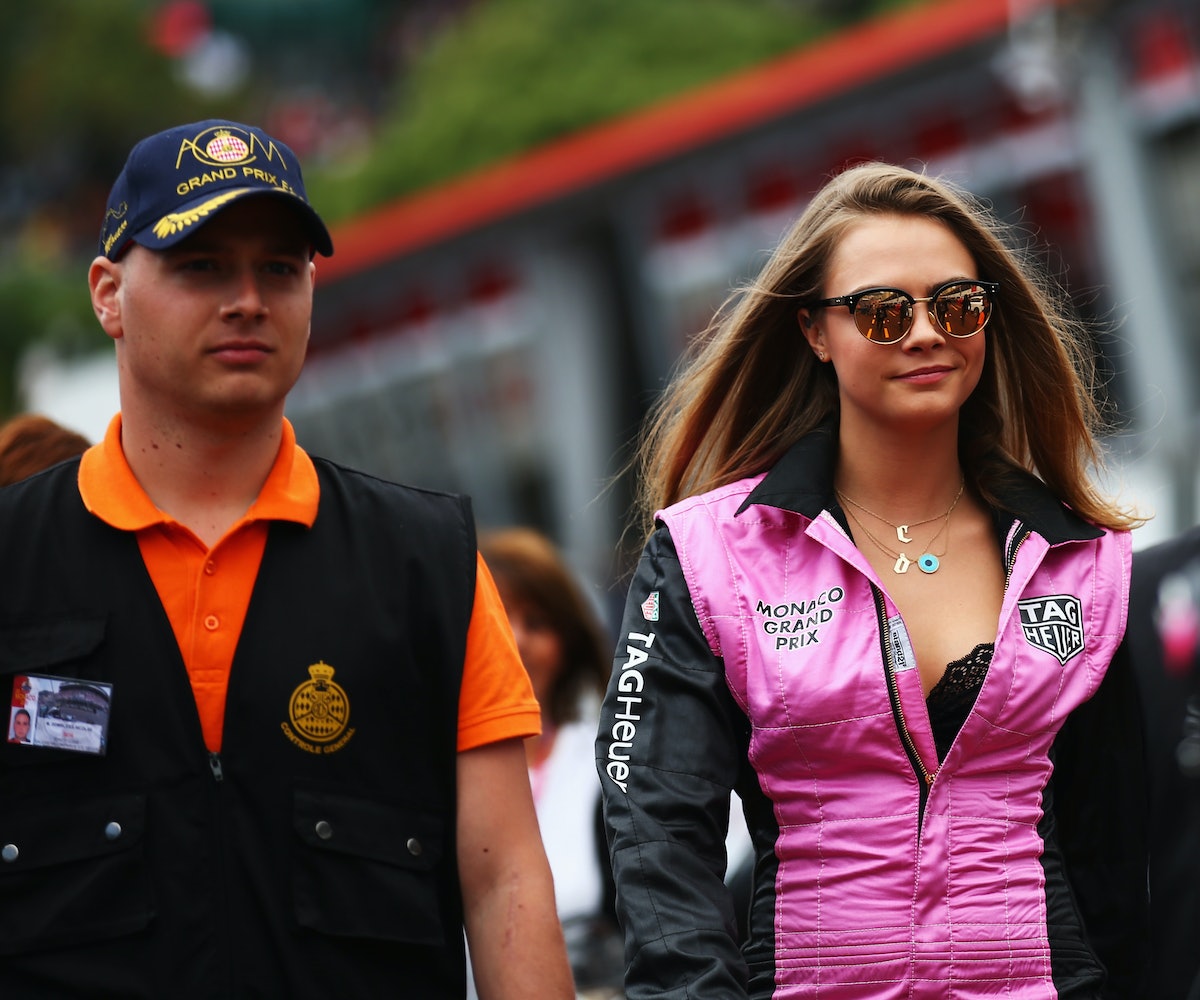 As if Cara Delevingne wasn’t cool enough already, the model and Paper Towns actress can add "pro beatboxer" to her resume.

Delevingne showed off her skills in a recording studio with Pharrell and Justin Timberlake and then took to Instagram to share her rhythmic gift with the world. The musical artists were just as impressed as we are—Pharrell stating what everyone else was clearly thinking, “Oh yeah, she beatboxes, too.”

What Delevingne was doing in the studio remains a mystery, but we suspect it has something to do with her desire to start a career in music. The model/actress discussed her passion for the music industry in her recent interview with Vogue, and rumors have been circulating that she’s collaborating with super-producer Nile Rodgers.

If she does decide to put out an album, we can only hope that her mad beatboxing skills will be heavily featured—and maybe we’ll get a little JT/Pharrell/Cara collab action, too.

Cara Delevingne Talks About Her Struggle With Mental Illness