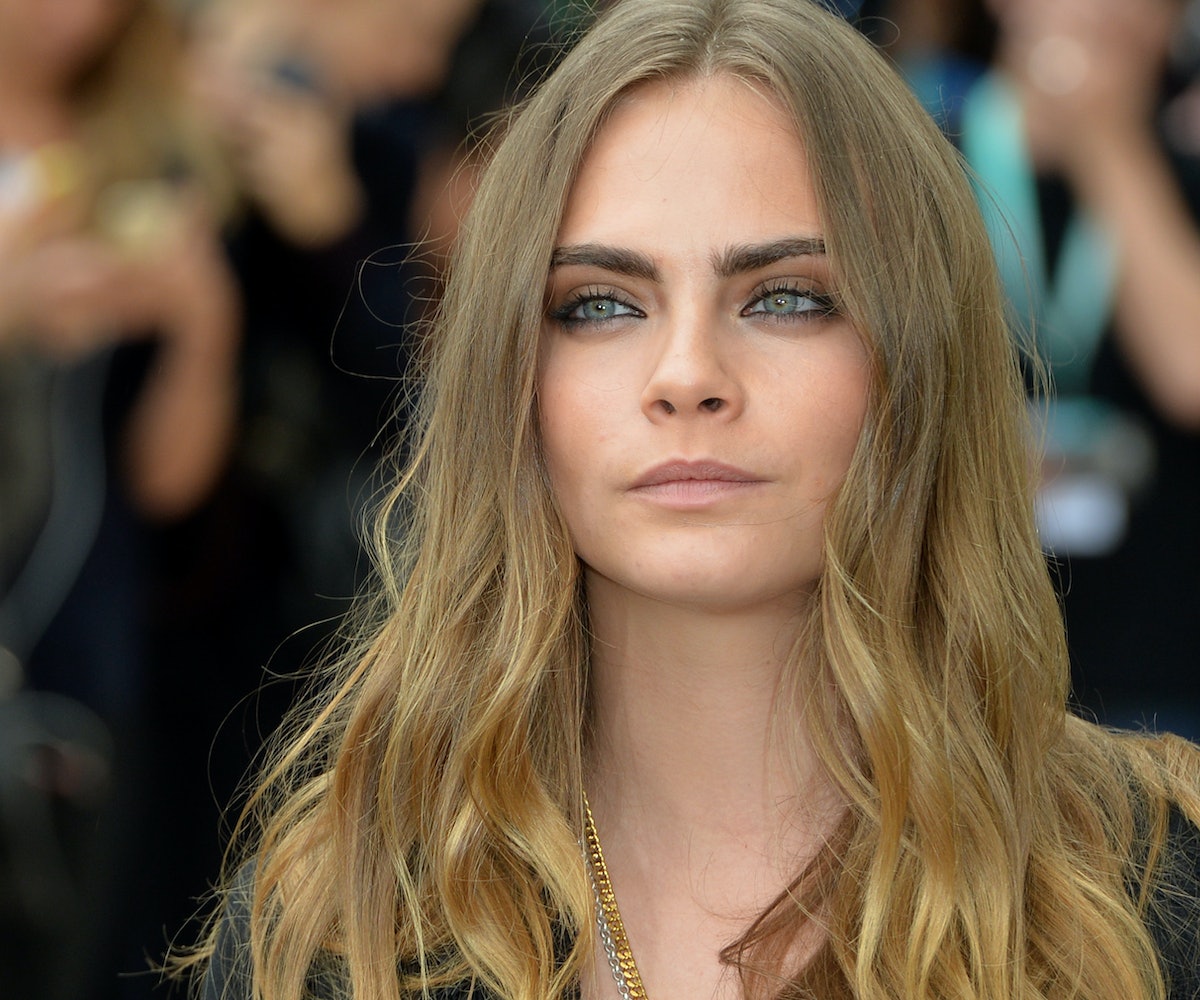 Cara Delevingne previously spoke on her struggle with depression at the 2015 Women in the World Summit, where she described her history with it to fellow actor Rupert Everett. She says the long road began at a young age: "I think I pushed myself so far [at school] that I got to the point where I had a mental breakdown… I was completely suicidal, I didn’t want to live anymore. I thought that I was completely alone. I also realised how lucky I was, and what a wonderful family and wonderful friends I had, but that didn’t matter. I wanted the world to swallow me up, and nothing seemed better to me than death."

Kate Moss was the one who eventually helped her through some of her darkest times, and she eventually took a break on the behest of her friend.

Since then, her self-awareness of her own internal battles with depression has lead to her actively finding her own keys to happiness and also sharing what she has discovered about self-love. Passing it forward, Delevingne has said, "it’s about finding people who care about you, and support you. And I’ve now been able to become a support for other people, as well."

Late last night Delevingne shared once again, this time in a series of tweets that sets the record straight (no, she was never quitting modeling), what happens when you try to push yourself too hard (exhaustion), and then what she's personally trying to focus on (not picking apart personal flaws... aren't we all?). Then on Instagram, she shared a quote that was beautifully inspiring—one that certainly causes a pause and a bit of introspection. We applaud Delevingne for continuing to actively work through her depression in all the healthy ways she knows how, and for being a role model for others in the process by sharing her own struggles.

NEXT UP
Culture
6 Shows To Binge Once You've Finished 'The White Lotus'
Entertainment
Meet Andreas Metaxa, The Man Behind The Miami Jet-Setting Memes Of Supersnake
Astrology
January 2023’s New Moon In Aquarius Is All About The Big Picture
Culture
11 Must-Read February 2023 Books
Style + Culture, delivered straight to your inbox.