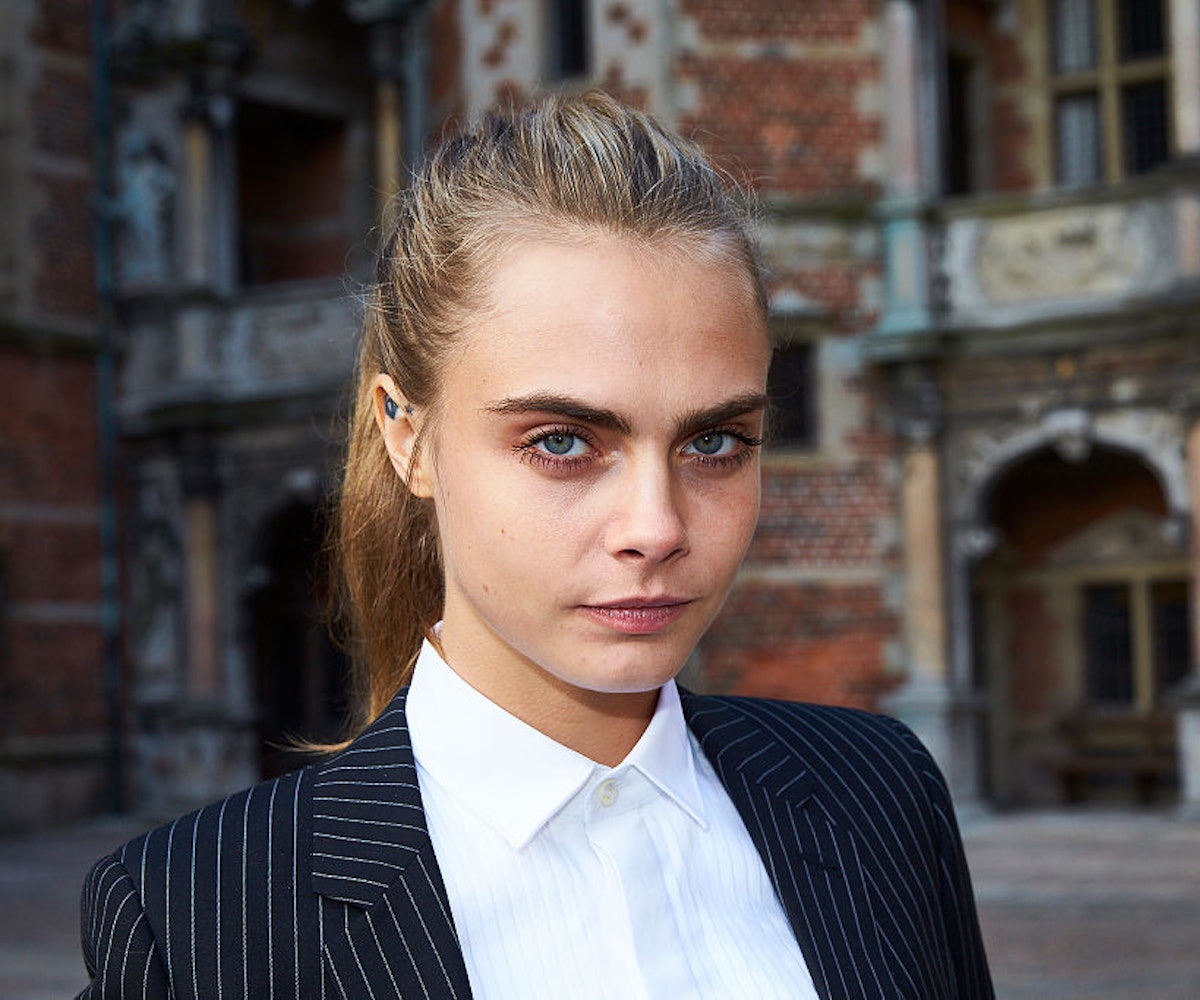 Cara Delevingne is one of the rare actresses (and even rarer models) who doesn't hesitate to speak her mind when she's being interviewed. This level of candidness has led to the type of revelations which aren't usually seen among celebrities of her stature; her honesty about issues, like her sexuality and mental health struggles, has made her beloved by fans.

And so it's no surprise that, given the current media blitz surrounding her new movie, Suicide Squad, Delevingne has been dropping major truth bombs in a variety of publications, and opening up important discussions about topics like sexual identity and, most recently, depression. In an interview with Esquire U.K., Delevingne speaks candidly about the "mental breakdown" she endured when she was just 16. Delevingne says:

I was suicidal. I couldn’t deal with it any more. I realised how lucky and privileged I was, but all I wanted to do was die. I felt so guilty because of that and hated myself because of that, and then it’s a cycle. I didn’t want to exist anymore. I wanted for each molecule of my body to disintegrate. I wanted to die.

For Delevingne, help came in the form of medication, a route she took to "avoid hospitalization." But while she credits the medicine for having "saved [her] life," she is also extremely wary of the way it made her feel ("I was just numb. I didn’t feel shit. It was horrible. I was like a sociopath.") and the ease with which she thinks it can be abused. Now, although her depression occasionally resurfaces, Delevingne prefers to fight her disease without the aid of medication. She explains what it was like to go off her meds at age 18: "[T]hat week, I lost my virginity, I got into fights, I cried, I laughed. It was the best thing in the world to feel things again. And I get depressed still but I would rather learn to figure it out myself rather be dependent on meds, ever."

While Delevingne is certainly not espousing a particular approach to treating depression (and if you or anyone you know has signs or symptoms of depression, please contact a medical professional immediately), it is an amazing thing that someone so firmly in the public eye is using her celebrity platform to start discussions about serious and important issues. Talking about things like mental health problems is the first step down a long road toward destroying the stigmas surrounding these things, and we're glad Delevingne is here to help promote the conversation.