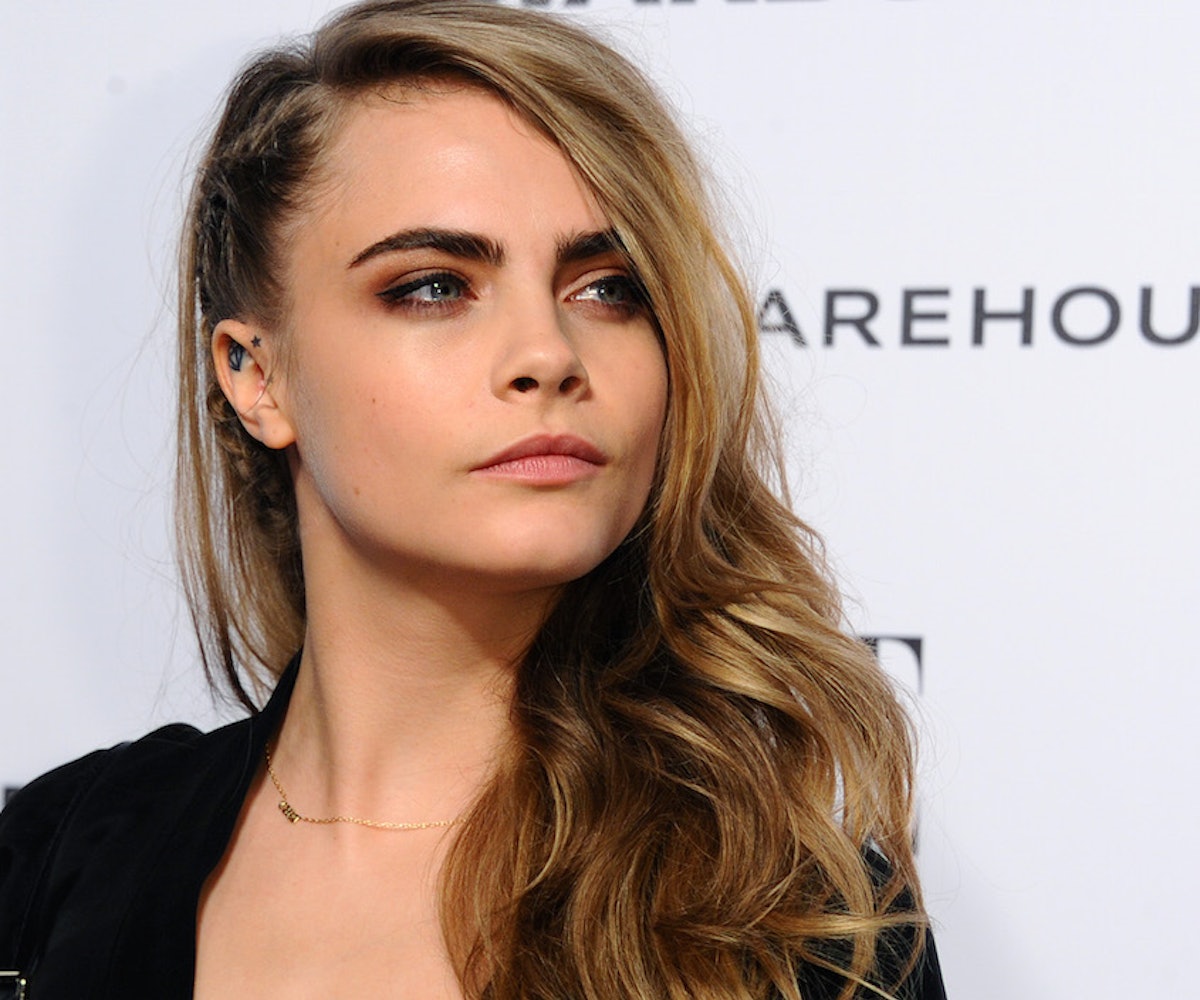 When Facebook rolled out their emoji "reactions" last week, it felt like a glorious teaser for the "dislike" button we've been requesting all these years. Mark Zuckerberg has toyed with the idea in hopes that it would allow users to express support for one another in tough times. Plus, we all have those FB friends whose posts are just so ridiculous they have us itching to express our disapproval in a very simple, tangible way.

But maybe we really haven't thought this whole "dislike" thing through. Today's wake-up call comes courtesy of Cara Delevingne, who pointed out in an interview with The Sunday Times that the button would be more of a vessel for petty bullying than empathetic gestures. "If you can go around disliking someone’s pictures, that is going to set off a whole new wave of bullying,” she insisted. "These companies are making so much money, they just want the new thing. If it’s something that is going to cause people harm, I really think we should steer against that."

We can't really argue with that logic. No one needs another reminder of how toxic the Internet can be, especially among social media's target audience: middle and high schoolers. For those still in support of a "dislike" feature, Delevingne capped her statement with a powerful piece of advice:

"‘Like away—but if you have a bad thought about someone, keep it to yourself.”

NEXT UP
Culture
Kareem Rahma Survives A Dinner Party From Hell In “Really Rich Parents” Video
Culture
6 Shows To Binge Once You've Finished 'The White Lotus'
Fashion
Collina Strada & Vans Team Up For A Chiller-Friendly Collection
Astrology
How to Use Astrology to Access Past Lives
Style + Culture, delivered straight to your inbox.