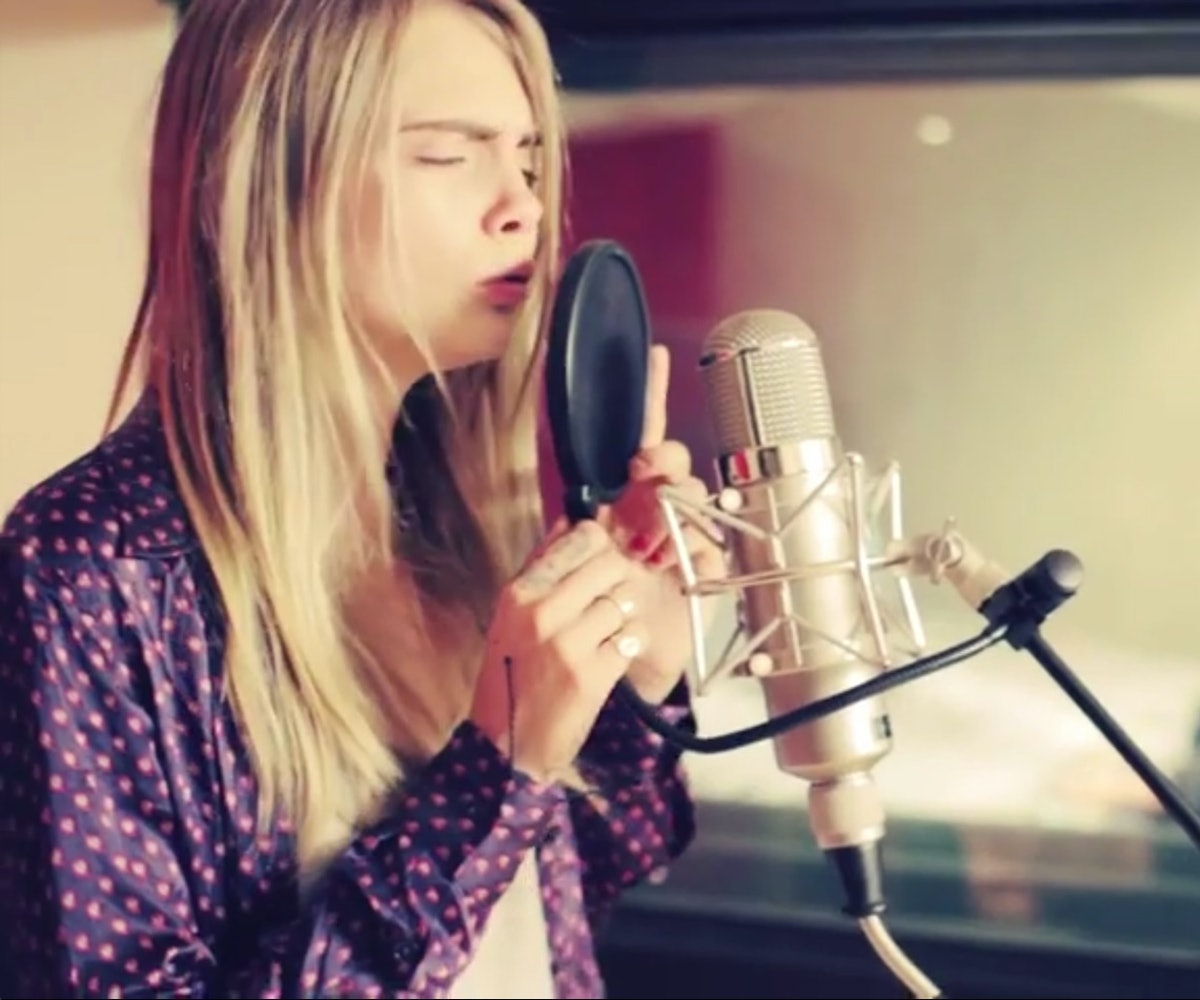 Cara Delevingne doesn't just pal around with Rihanna and Rita Ora--the British supermodel is a budding singer in her own right. We've already gotten a taste of her talent in renditions of "I Want Candy" for Hogan and have been certifiably impressed.

But whereas before her prior performances have had a definite fashion angle, this time there's no designer or magazine she's repping; it's all about the song. She's joined her friend, the London musician Will Heard, in the studio for an acoustic version of his single "Sonnentanz (Sun Don't Shine)."

Watch it here, and let us know what you think.