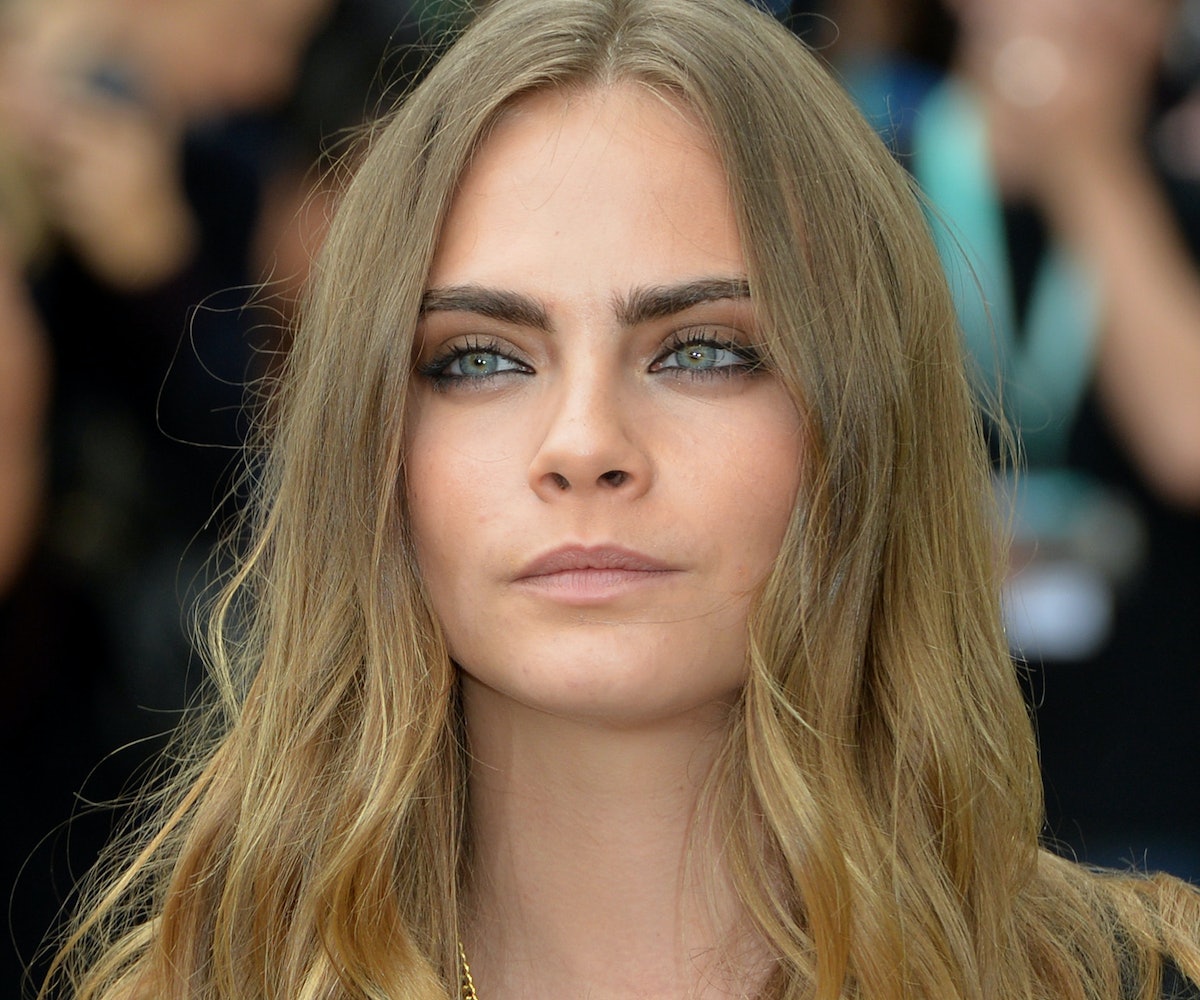 Cara Delevingne earns her living by posing for and acting in front of cameras, but there is a big difference between a camera on a set and a camera camera aimed up her skirt, without her consent. After being badgered and attacked by overly intrusive paparazzi, the model has lashed out against them in the best way.

Last night, Delevingne posted a video to her Instagram of her shooting back at the paparazzi with water guns. While plenty of celebrities have responded to the paparazzi in different ways (remember when Justin Bieber assaulted a photographer?), Delevingne's plan of attack is just lighthearted enough to avoid any trouble for her, while statement-making enough to show that she seriously wants them to leave her alone.

It's unclear what inspired Delevingne to grab a water gun, but her anti-paparazzi tweets show that she desperately wanted to make some kind of impact. More recently, she asked for suggestions, listing eggs as a possible solution. Water guns proved to be the most effective option, though, and hopefully this exchange will warn the paps to give Delevingne some breathing room. Or, you know, be decent human beings and respect her privacy.

NEXT UP
Entertainment
Paramore's "This Is Why" & 9 Other New Songs Out This Week
Life
NYLON Newsletter: October 3, 2022
Entertainment
Soccer Mommy, Wet Leg, & 48 More Artists Made An Album For Abortion Rights
Fashion
FKA Twigs and Ethel Cain Are Now Miu Miu Models