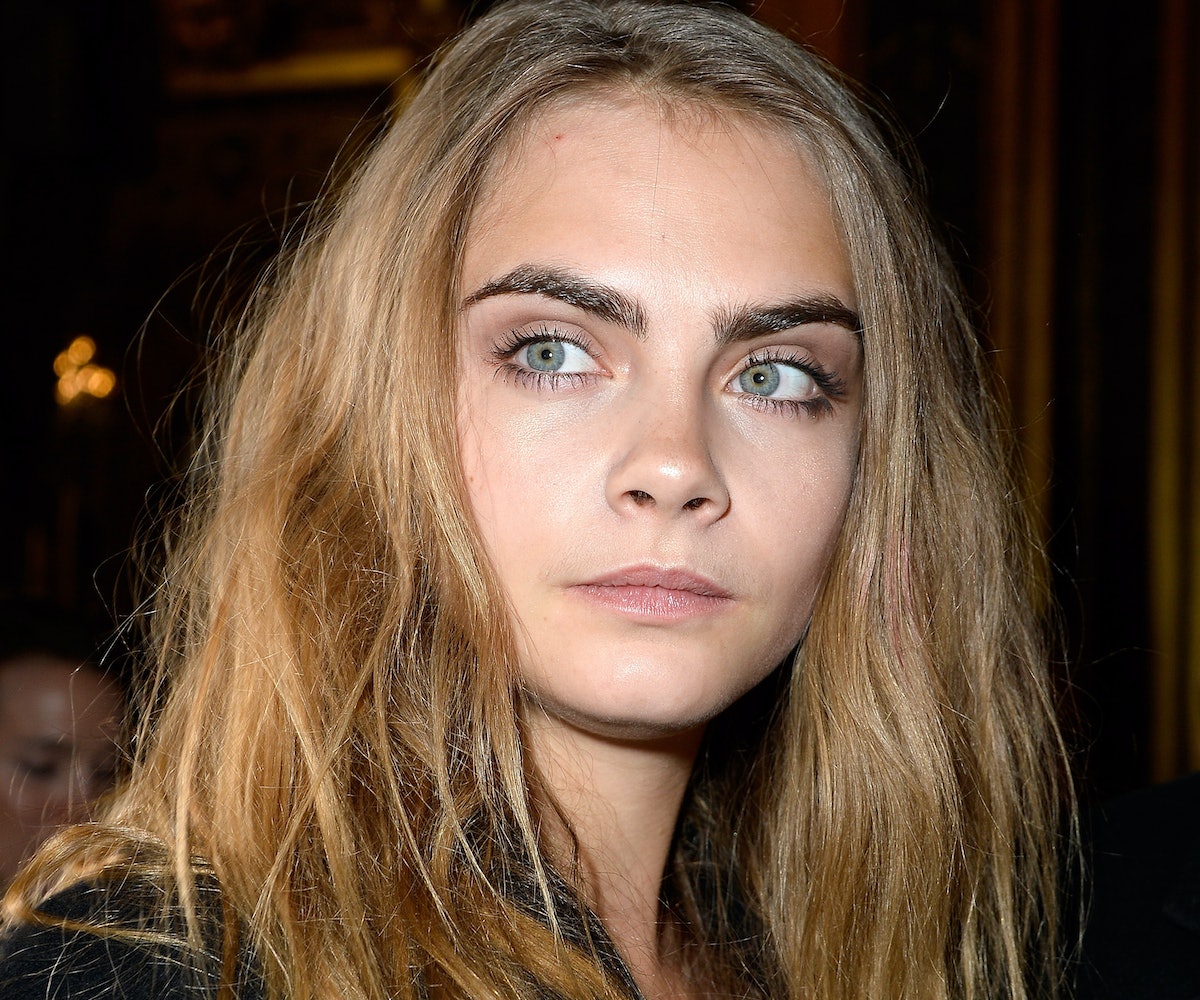 Author John Green has revealed the poster to the latest adaptation of one of his books—and whoa, it's Cara Delevingne in another movie. This one's called Paper Towns, and it costars Nat Wolff as outcast Quentin Jacobsen, who becomes entranced by his mysterious neighbor Margo (played by Delevingne, because duh). The two form an unlikely friendship after making a horrific discovery, but when she suddenly disappears, he sets out to find out what happened to her.

After The Fault in Our Stars scorched the box office, Fox moved quickly to get another John Green adaptation off the ground and this poster definitely follows a similar aesthetic. It also plays up the mystery surrounding Delevingne's character, with her windswept hair covering her mouth, hiding something. Green also announced that the trailer will debut on the Today show on March 19, but if you refuse to wait to see Delevingne flex her acting chops, this is for you.