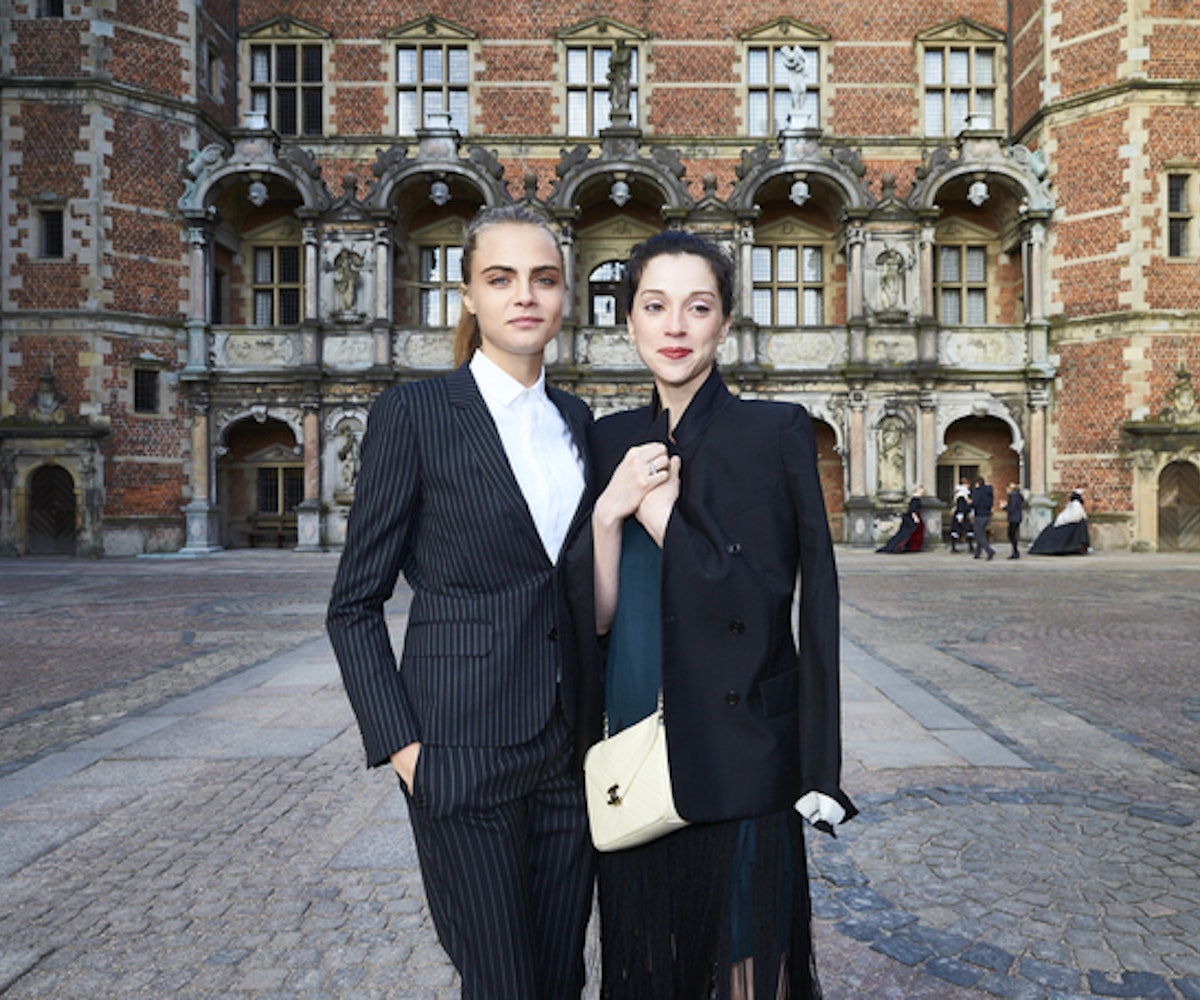 If you need definitive proof that you can remain friends with your ex (or, at least, cordial in a professional capacity), look no further than St. Vincent and Cara Delevingne. The two dated for a year and a half before breaking things off. There’s been speculation that the singer’s new song, “New York,” is about her old lover and, well, that would be juicy gossip if St. Vincent didn’t just confirm that Delevingne is actually featured on the album in a different way: She’s singing on it.

In a recent New Yorker profile, Annie Clark dishes on details about her upcoming untitled album—the first in more than three years. The project is, according to her, “all about sex and drugs and sadness.” She even talks around whether or not “New York” is about Delevingne. Then, about midway through the long read, the writer mentions the model-actress’ cameo as an aside. An aside! He writes:

There’s a song on the new album called “Pills.” “Pills to grow, pills to shrink, pills, pills, pills and a good stiff drink/ Pills to fuck, pills to eat, pills, pills, pills down the kitchen sink.” (As it happens, those lines are sung by Delevingne, who will be credited, for the benefit of the British gossip press, as an underground sensation named Kid Monkey.)

That’s about all we’ve got. But that’s exciting news in and of itself! Read the full New Yorker piece to learn more, here.