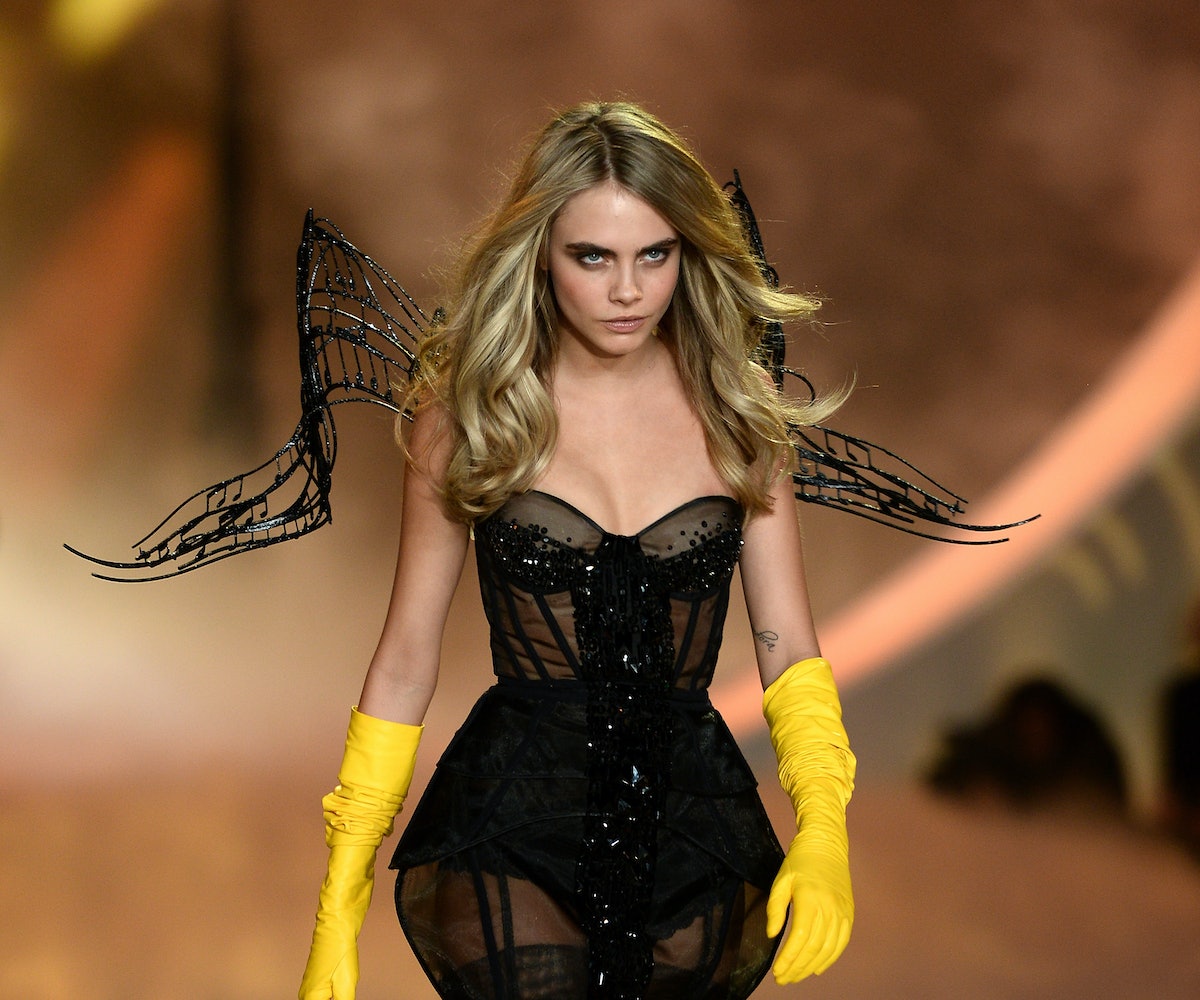 The fashion industry may have some outdated beliefs about women's bodies in general, but it was hard not to be astonished when news broke that insiders at Victoria's Secret felt supermodel and actress Cara Delevingne was too "bloated" for their runway. Now, Victoria's Secret is looking to right a fallacious wrong by both denying those reports and inviting Cara to walk in the show—no casting call needed.

Delevingne herself handed over the receipts on the incident, Instagramming a letter written by Victoria's Secret Fashion Show Executive Producer Edward Razek:

The image was posted with a slightly vindictive caption from Cara, calling out the earlier reports: "It's shameless to discuss women's bodies just to sell papers #bloated." The movie that Cara was working on at the time (referred to by Razek in the above letter) was Paper Towns. "The Victoria's Secret Fashion Show took place in London on December 2, 2014, but filming for the project took place in North Carolina through November and December the same year. Some scenes, set in a local high school, were even shot on the same date as the runway show," says Harper's Bazaar.

If Delevingne does end up making time in her schedule for the show, it won't even be the first time she's walked for the legendary lingerie brand. Back in 2012 and 2013, long before her iconic role in Suicide Squad, Cara strutted her stuff for Victoria's Secret:

Regardless of what Cara decides to do, we're happy to see her call out the offending party, and give a nice, big middle finger to body shaming in the process.