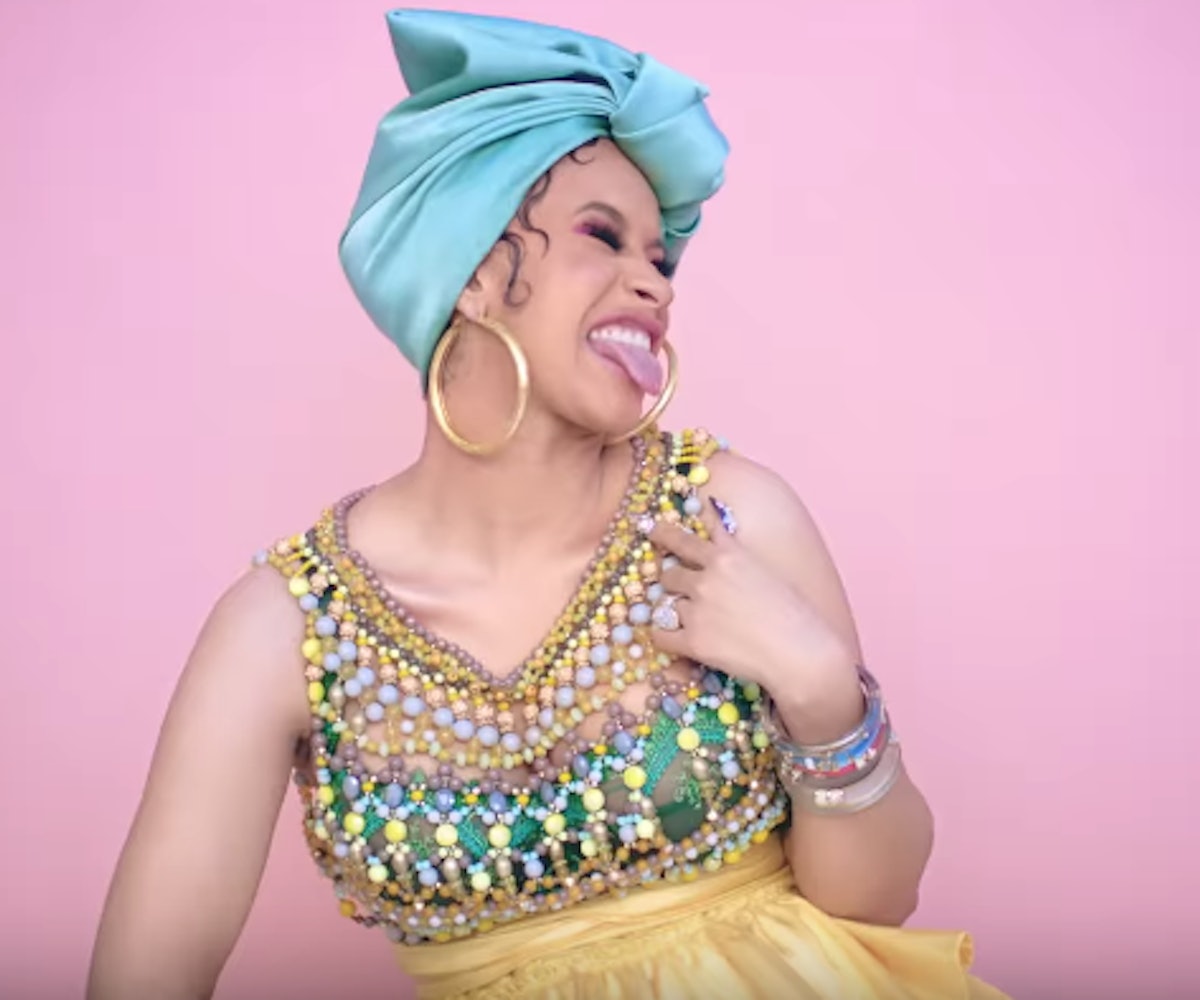 If you're looking to party with Cardi B, you better be ready to bust out your boldest looks. The rapper just unveiled the video for her bilingual track "I Like It (feat. Bad Bunny & J Balvin)," and it'll have you yearning to get rid of all your neutral 'fits. Monochrome, who?

Directed by Eif Rivera, the new visual sees Cardi channeling her Dominican roots in the midst of a massive block party in an array of bright, tropical-inspired outfits, earrings, and makeup looks. The colorful aesthetic is a stark departure from Jennifer Lopez's black-and-white video for "Dinero," which the rapper is featured on alongside DJ Khaled.

The video is the fourth off of Cardi's debut album, Invasion of Privacy, following "Bodak Yellow," "Bartier Cardi (feat. 21 Savage)," and "Be Careful."

In addition to the new videos, the rapper made headlines this week when she realized that Childish Gambino and Donald Glover are the same person. It's unclear whether or not she was being sarcastic, but it was a hilarious moment nonetheless.

Hopefully, this will prompt Glover/Gambino to make an appearance in her next video? Guess we'll have to wait and see.

In the meantime, you can see the "I Like It" video, below.

NEXT UP
Entertainment
Hawa Has Her D'Angelo Moment In Playful "Actually" Video
Entertainment
Harry Styles Is Performing At The 2023 Grammys
Entertainment
Chloe's "Pray It Away" & 9 Other New Songs Out This Week
Entertainment
Samia On 'Honey' & Saying The Ugly Part Out Loud
Style + Culture, delivered straight to your inbox.