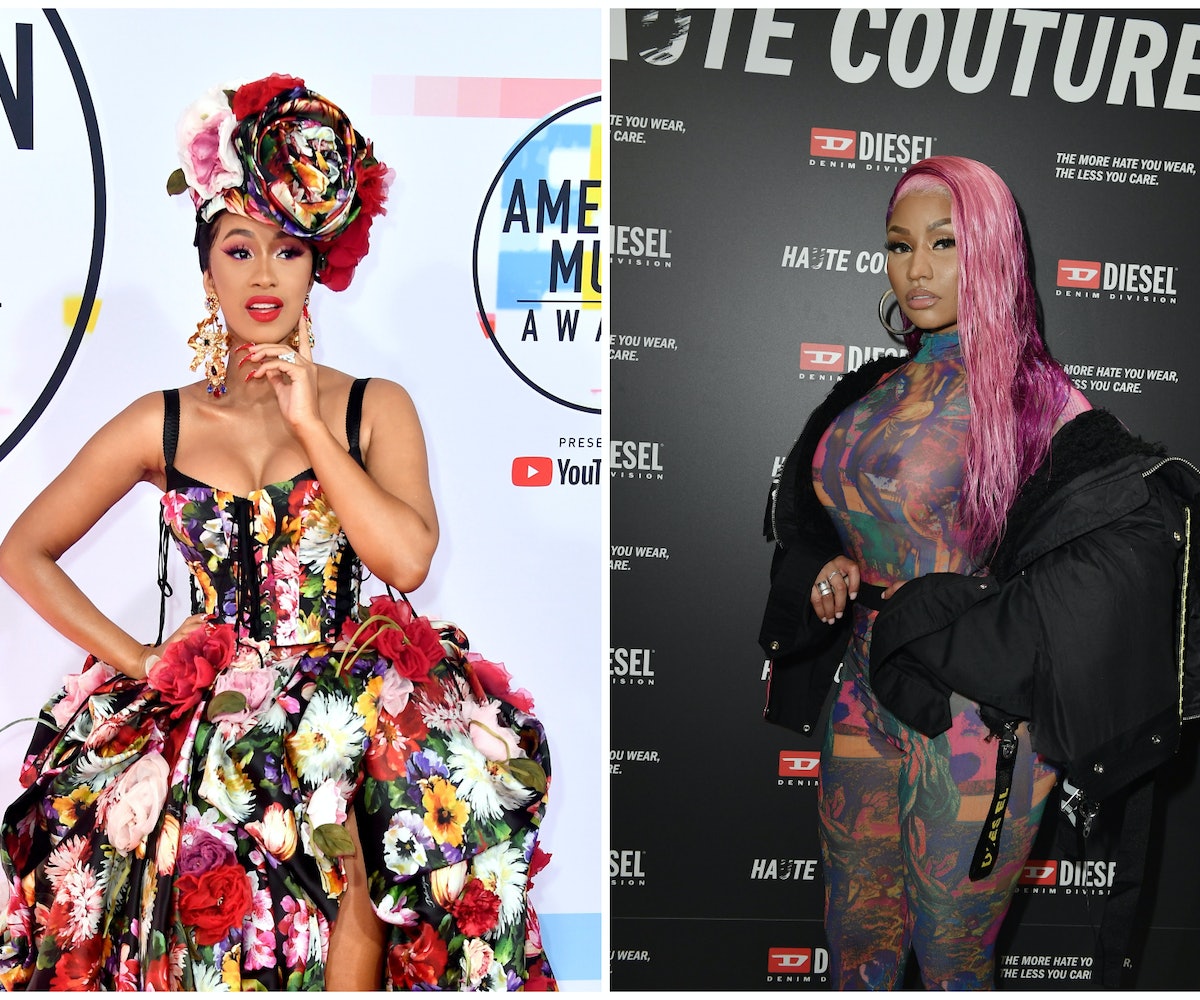 Cardi B recently addressed for the first time her fight with Nicki Minaj at the Harper’s Bazaar’s Icons party, but it looks like she has more to say. She’s reportedly planning to release a diss track about the rapper.

TMZ reports that Cardi has already been to the studio to record new music, and that “serious jabs” are taken at Nicki in the lyrics. As you might recall, Cardi accused Nicki of bashing her mothering skills, which is what she says prompted the fight at the party last month. Apparently, throwing punches (and shoes) isn't the end of her wrath, and she'll have the last word with these lyrics.

It’s not like Nicki has kept the brawl out of her work, though—she went ahead and released a line of merch that referenced the fight. And Cardi is known for including real-life drama in her music, so a diss track wouldn’t be out of character for her.