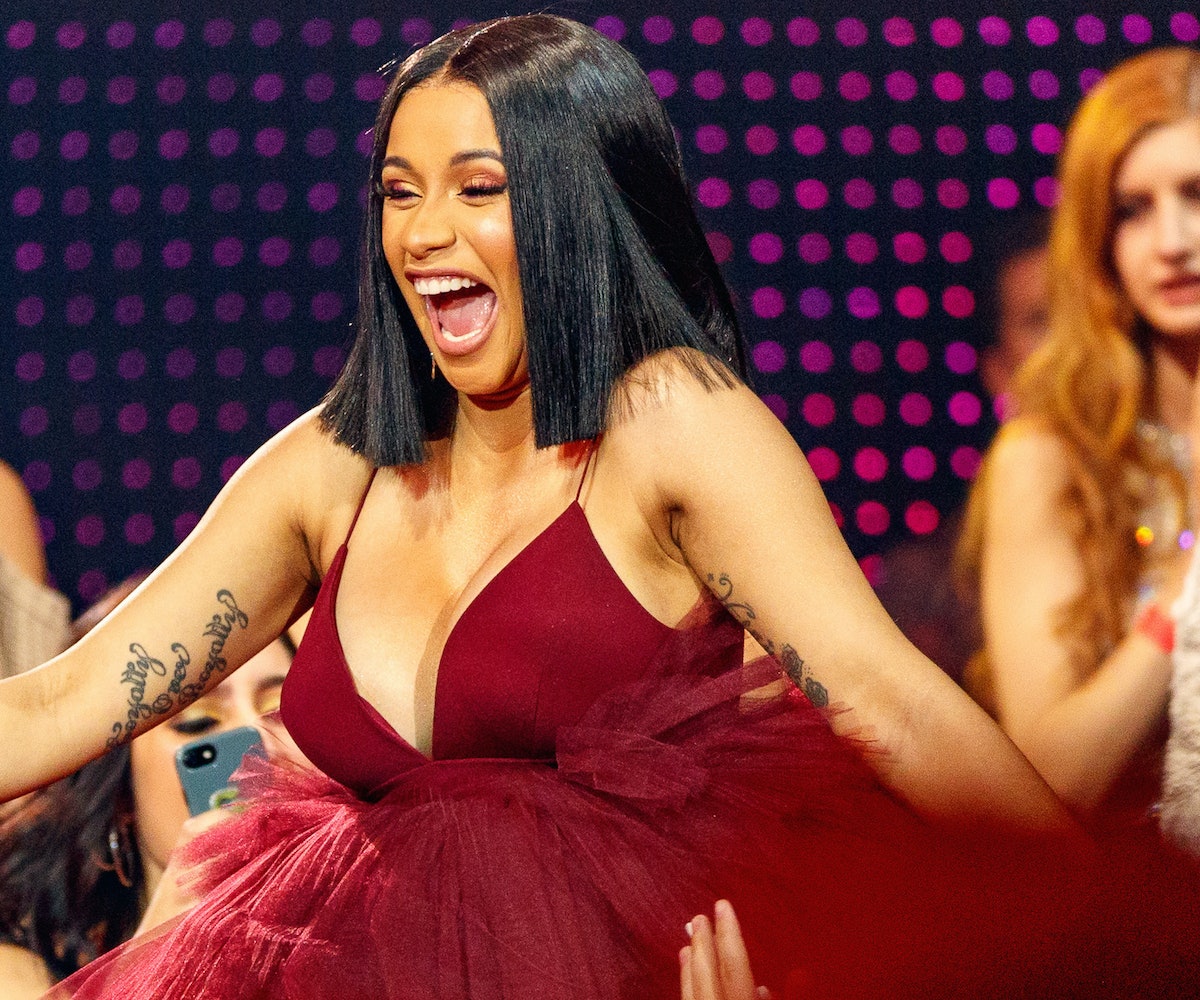 According to a new report, Cardi B is pregnant with her first child.

The baby is due the first week of July, sources close to the rapper told TMZ. However, that apparently will not stop her from performing next month at Coachella.

Rumors that the "Bodak Yellow" hitmaker was expecting with boyfriend Offset began circulating in February, per a previous report in TMZ. According to the publication, "members of her team told people during Super Bowl weekend" while she was performing at the Maxim party. The source alleged that one of Cardi's representatives said she didn't want to be in a "party atmosphere" as she was three to four months pregnant.

However, it's all speculation until the performer confirms the report herself. That said, Cardi B and her team have previously denied pregnancy rumors, with the rapper even responding to a comment on one of her Instagram videos last month, writing, "No bitch I'm just getting fat. Let me fat in peace."

NYLON has reached out to Cardi B's team for comment.