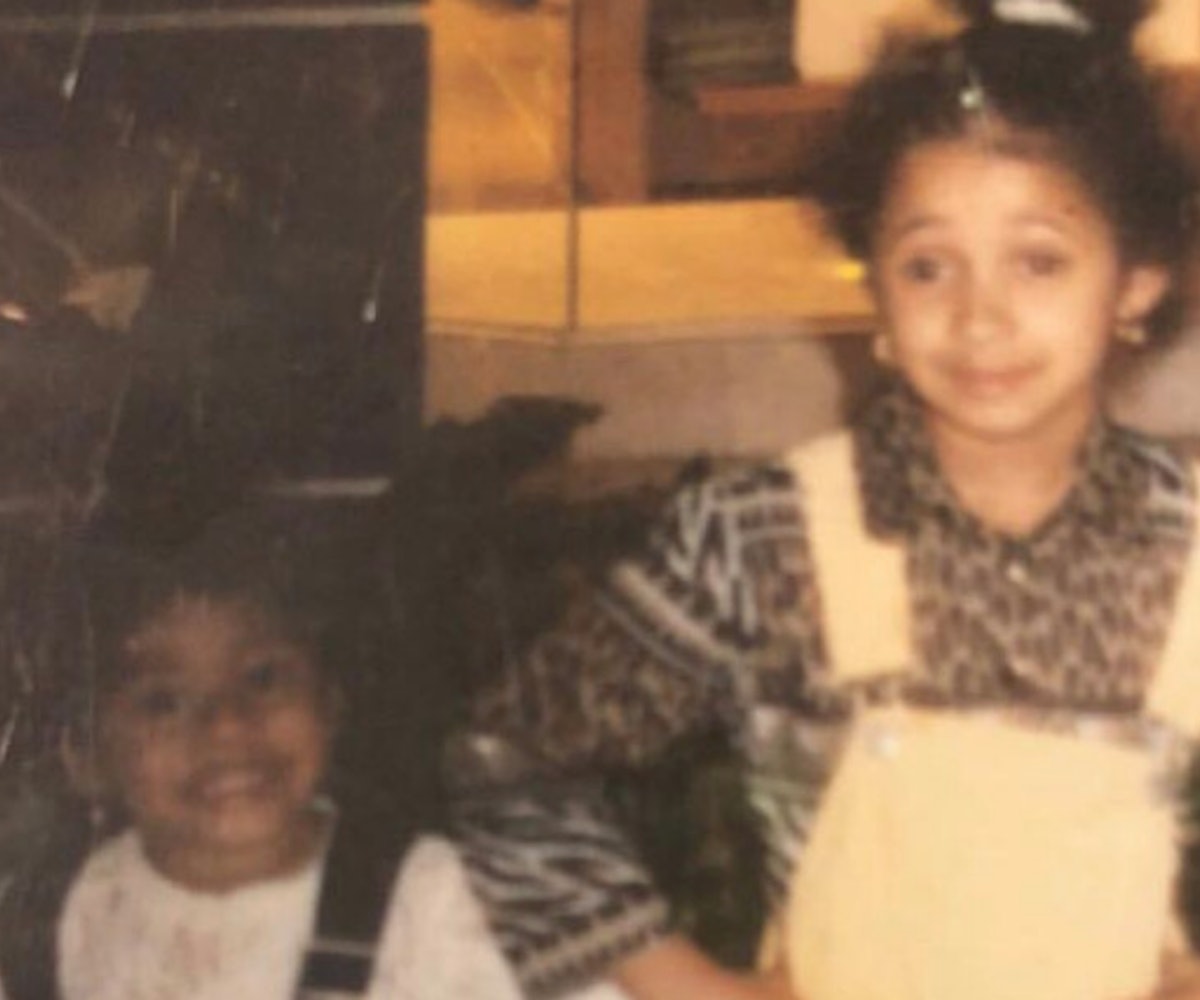 Earlier this month, an excellent photo of a young Cardi B with one hand on her hip began circulating on the internet. And like all the greats, the image eventually received the meme treatment, with users captioning the photo with phrases like, "My momma said y’all have to play with me."

Now, it appears that Cardi is eager to continue feeding the meme machine by kicking off another caption-worthy photo. On Friday, the rapper posted a photo of her younger self and little sister, Hennessy Carolina, with both of their hands on their hips. A knowing wink toward the past meme, Cardi captioned the post, "What was the reason ??!!" The best part though? Baby Hennessy chiming in, "Yea! What was the reason??!!"

And while many users responded with Photoshopped images of the previous Cardi meme, others began riffing on the new photo.

God bless the internet. And Cardi's sense of humor.