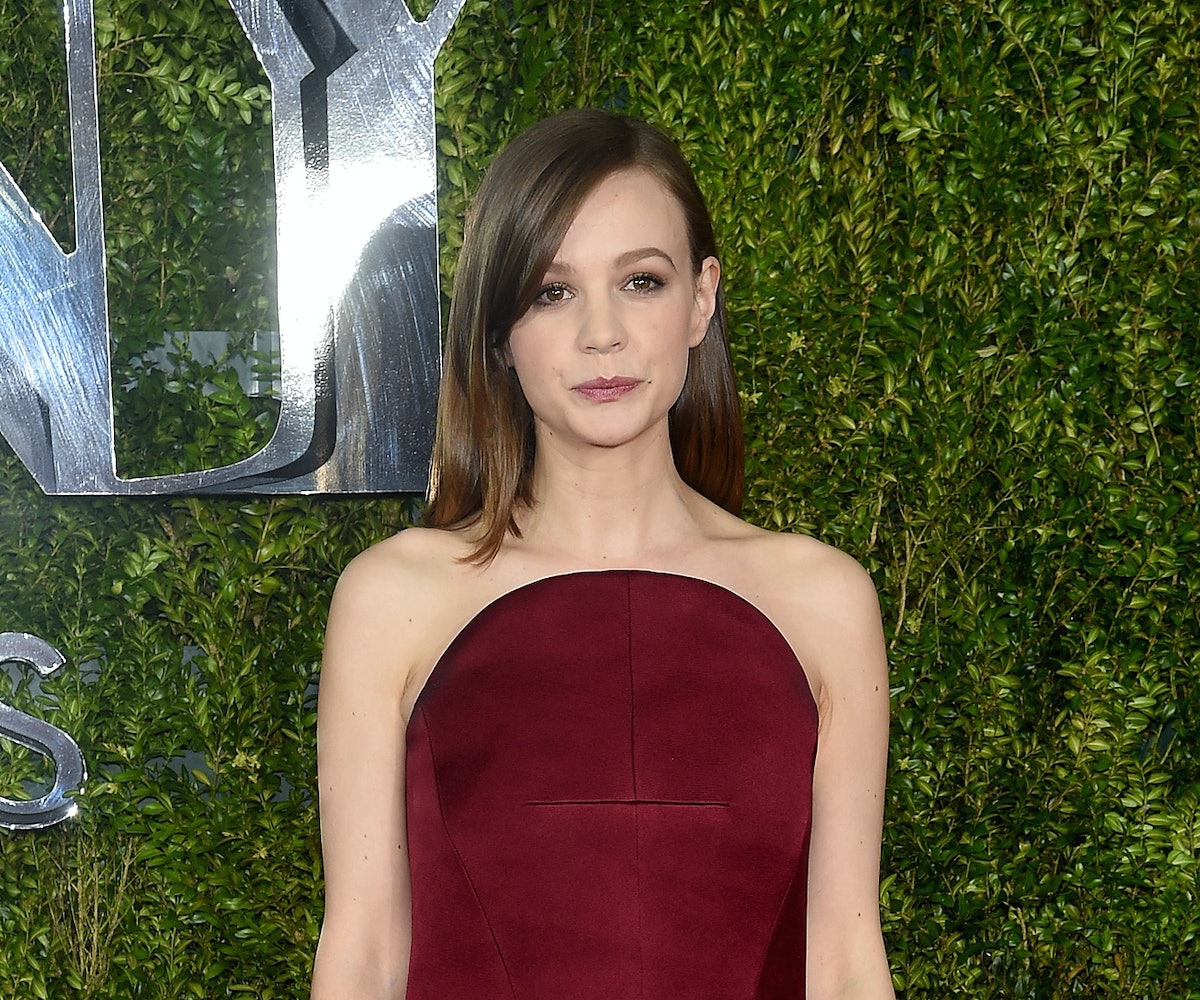 Carey Mulligan redefined the pregnancy look at the Tony Awards Red Carpet last night. Since it was reported last month that she is pregnant with her and husband Mumford and Sons' frontman Marcus Mumford's first child, she has proved that style and maternity can indeed go hand-in-hand.

The British actress wore a strapless, oxford Balenciaga gown, roomy enough to drape over a growing baby belly. The entire look was a subtle and elegant interpretation of the pregnancy look—and the simplicity possibly made it one of Mulligan's best red carpet looks of the year.

Mulligan is just one of the many celebrities who have been differently interpreting the maternity wardrobe, which previously consisted almost exclusively of stretch pants and unflattering tunics. Jaime King, whose much more dramatic, but equally awesome pregnancy look, was the subject of attention back in April.

Meanwhile, the world is eagerly awaiting the coming of Mulligan and Mumford's baby. As Mulligan's good friend Sienna Miller told Vogue back in May, "Marcus can headline Glastonbury and Carey can be nominated for however many Oscars, and then they come back to their farm, and they’re in big woolly jumpers and funny hats, raising piglets. It’s an amazing balance they’ve managed to strike. I can’t wait for a little baby to come along.”