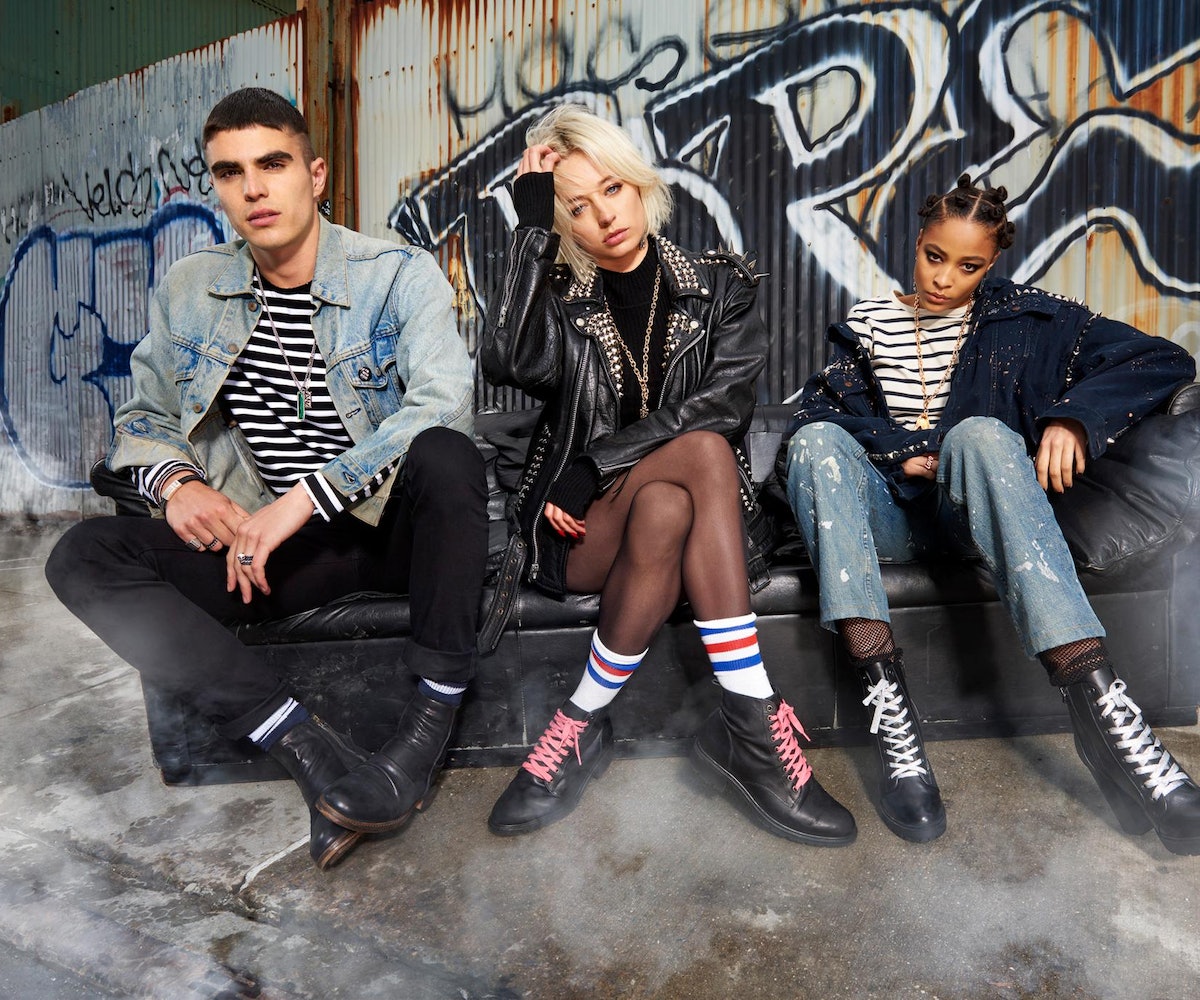 It’s almost hard to believe that throughout Steve Madden’s 27 years in the shoe game, he’s never officially named a face for his brand—until now.

Back in June, we learned that singer-songwriter, actress, and all-around It Girl Caroline Vreeland would be the first to take on the title, a coveted one by anyone who grew up in the '90s. Vreeland had already launched the very ‘90s “Choose Your Platform” campaign for the brand; now, for Fall 2017, she rejoins Steve Madden as it moves forward in a fun new direction.

If you were expecting another collection that remains true to its founding era, you won’t be disappointed. However, Fall 2017 takes on this era's classic grunge look and complements it with ‘70s glamour in a totally refreshing way. The latest offering includes edgier styles, paying homage to the “dangerous beauty” of style icons such as Debbie Harry and Vreeland herself.

The result? Everything from chunky combat boots to sky-high, colorful platforms. Vreeland is photographed posing on gritty New York streets in the new footwear, as well as with a sparkling, patch-covered handbag.

The new collection hits stores today and is available online at SteveMadden.com. Click through the gallery below to check out some of our new favorites.

NEXT UP
Fashion
Taylor Momsen Is The 'Grunge Goddess' Star of R13's New Campaign
Fashion
Becky G, Brooke Shields, And More Star In SKIMS’ Bra Campaign
Fashion
The Best Denim Moments On The Street At Paris Fashion Week
Fashion
Saint Laurent's Front Row Was Black And Pink And Blackpink All Over