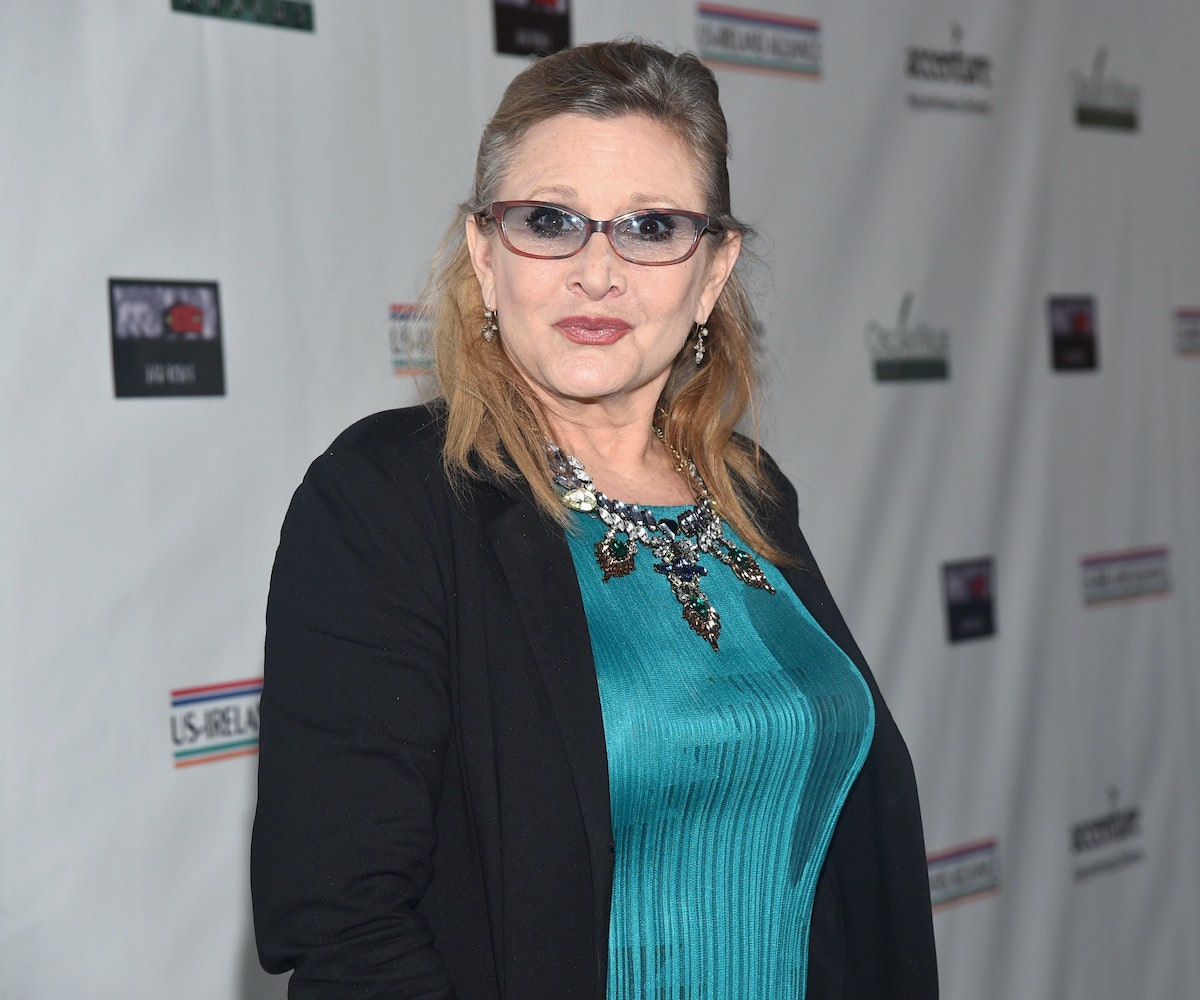 There's little doubt that Carrie Fisher lived a cooler life than most people ever will. After all, Fisher created the iconic role of Princess Leia. She was also a wildly talented and successful writer, in possession of an unparalleled wit and intelligence. And she had a great relationship with her dog, Gary. What a woman. But not only did Carrie Fisher really do life right, it turns out, she's also doing the afterlife way better than most people. Need proof? Carrie Fisher's burial urn is in the shape of a giant Prozac pill.

Per the Hollywood Reporter, "it was was revealed on Friday that Fisher's ashes were placed in a gigantic Prozac pill urn." Photos of Fisher's brother, Todd, carrying around the green-and-white pill were taken at Fisher and mother Debbie Reynolds' joint funeral.

If Carrie Fisher hadn't already attained icon status, this would have been the thing that pushed her over the edge. But, of course, Fisher already was and always will be legendary, due in part to the fact that she was such an important, fearless advocate for mental health awareness, having long battled with bipolar disorder herself. The use of a Prozac pill urn is one more way that Fisher is drawing attention to this most marginalized of diseases, and helping to mainstream something that is too often kept out of most conversations. Even in death, Carrie Fisher is a role model for us all.