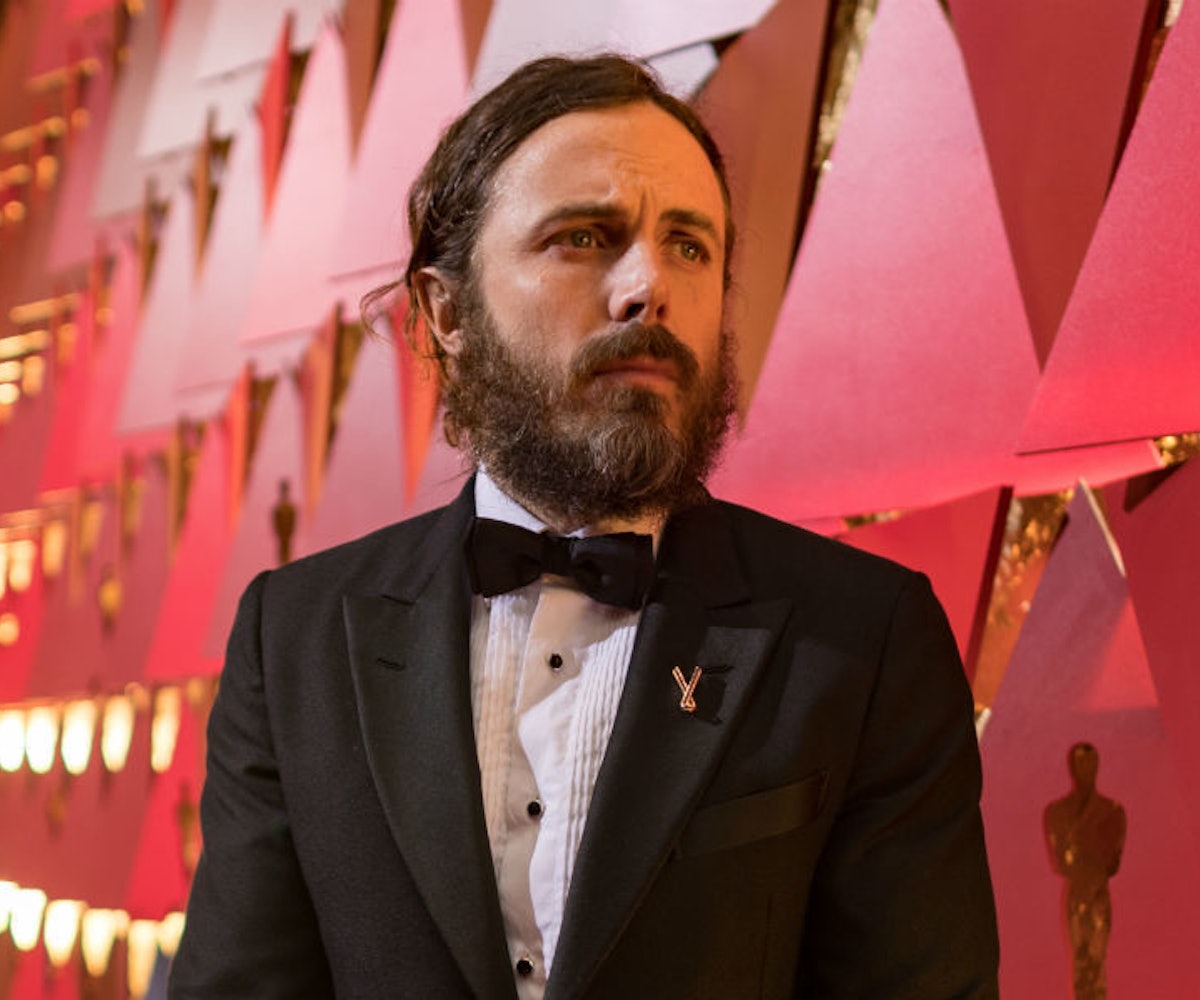 In his first interview in a year, Casey Affleck discusses the #MeToo movement, choosing to not present at the Oscars, and past harassment allegations against him.

The actor sat down with The Associated Press to discuss his upcoming film The Old Man & The Gun, noting that he only does press when he’s promoting a movie (aka when it's convenient for him, and he's had time to come up with PR-approved answers), which is why we haven’t heard from him. Last time most of us did hear about the star is when he decided to back out of presenting at this year's Oscars. When asked by AP why he chose to do that, he explains: “I think it was the right thing to do just given everything that was going on in our culture at the moment. And having two incredible women go present the best actress award felt like the right thing to do.” It was also, again, a convenient move by Affleck who, by not attending the award show, was able to dodge any Time's Up-related questions and avoid an uncomfortable situation like the one Ryan Seacrest found himself in.

During the 2016 Oscar campaign for Manchester By the Sea, Affleck’s past charges of sexual harassment were brought up (they were settled in 2010), but he was largely silent on the topic. Today, he says he regrets ever being involved in a conflict that resulted in a lawsuit. “I wish I had found a way to resolve things in a different way,” he says. “I had never had any complaints like that made about me before in my life and it was really embarrassing and I didn’t know how to handle it and I didn’t agree with everything, the way I was being described, and the things that were said about me, but I wanted to try to make it right, so we made it right in the way that was asked at the time."

He also apologized for the "unprofessional environment" on the set of I'm Still Here, a film he directed. Two women who worked with Affleck on the movie filed sexual harassment claims against him. "I contributed to that unprofessional environment and I tolerated that kind of behavior from other people and I wish that I hadn’t," he says. "I really did not know what I was responsible for as the boss... And I'm sorry."

Affleck says he’s been paying attention to and taking in the conversations surrounding #MeToo and Time’s Up. One thing he’s learned is to step back and let women take charge. “I know just enough to know that in general I need to keep my mouth shut and listen and try to figure out what’s going on and be a supporter and a follower in the little, teeny tiny ways that I can.”

Basically, Affleck said everything we would expect a person who's had a year to prep answers would say. While the apology is likely appreciated, we hope he follows through with the whole keeping-mouth-shut thing moving forward.

You can read and watch the full interview here.