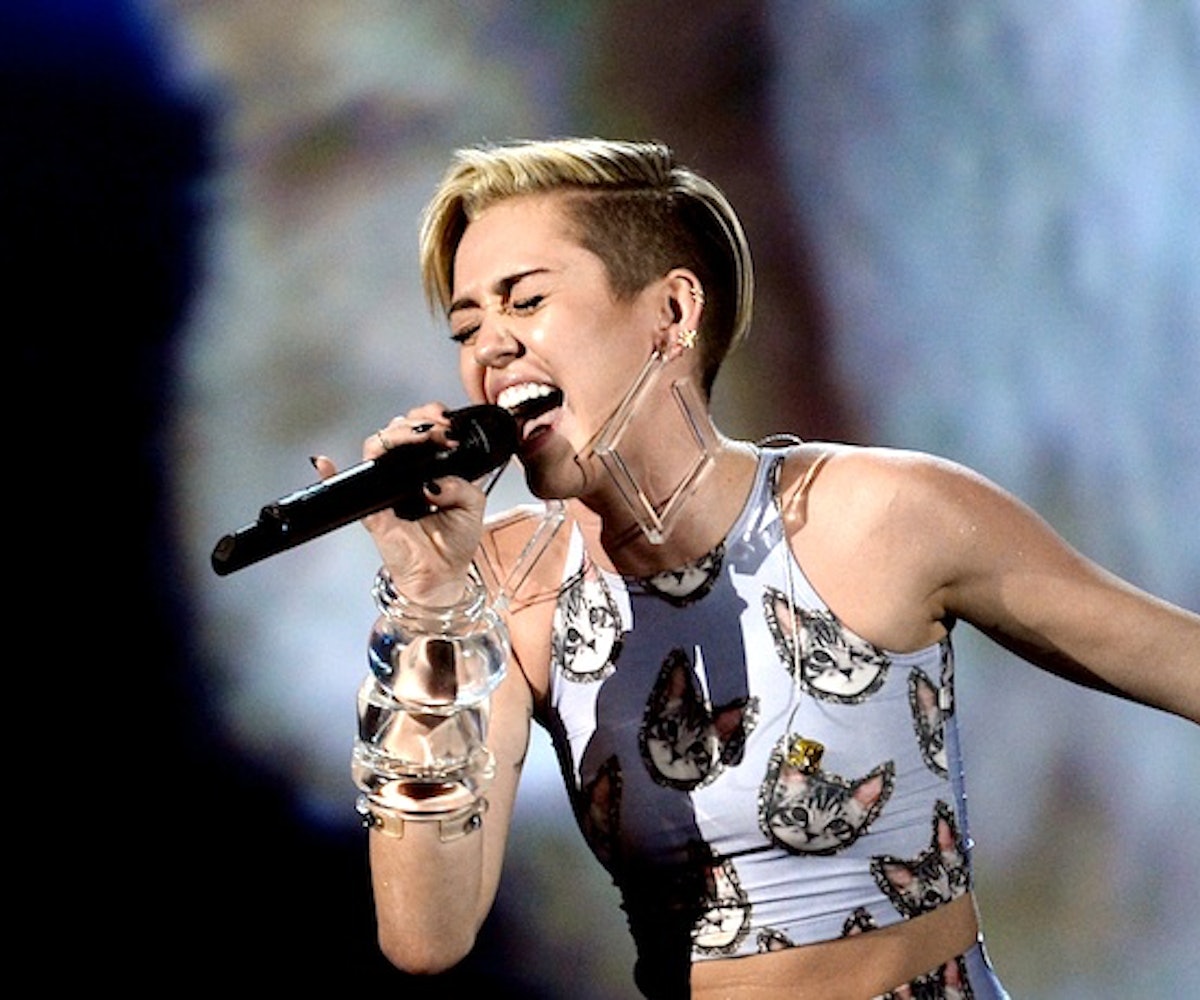 Proclaiming cats as "in" sort of begs everyone around you to roll their eyes and/ or check their watch. After all, this trend isn't anything new--just look at Paul & Joe, who debuted giant cat tees on the runway several seasons ago. Or Miu Miu, whose feline-patterned spring '10 show still gives us heart palpitations (mostly because we still want these pieces in our closet).

Or even Vivienne Westwood, Olympia LeTan, Moschino, or any of the other designers who've gladly earned membership as part of the cat posse.

Our fave cool girl cat lady, Harley Viera-Newton, even teamed up with DVF on a collection of accessories inspired by her kitty, Marmite. So even if you don't have a cat at home--or even if you're a self-proclaimed dog person like me--there's no denying that cats are here to stay sartorially.

So whether you choose to get in on the action by sporting this rad Sketchy cat tee, splurging on some whiskered loafers, or even pulling a Miley in a kitten ensemble (hey, no judgement), click through the most statement-making cat picks here.

Harley Viera-Newton and Diane von Fustenberg at the launch of their limited-edition collab.