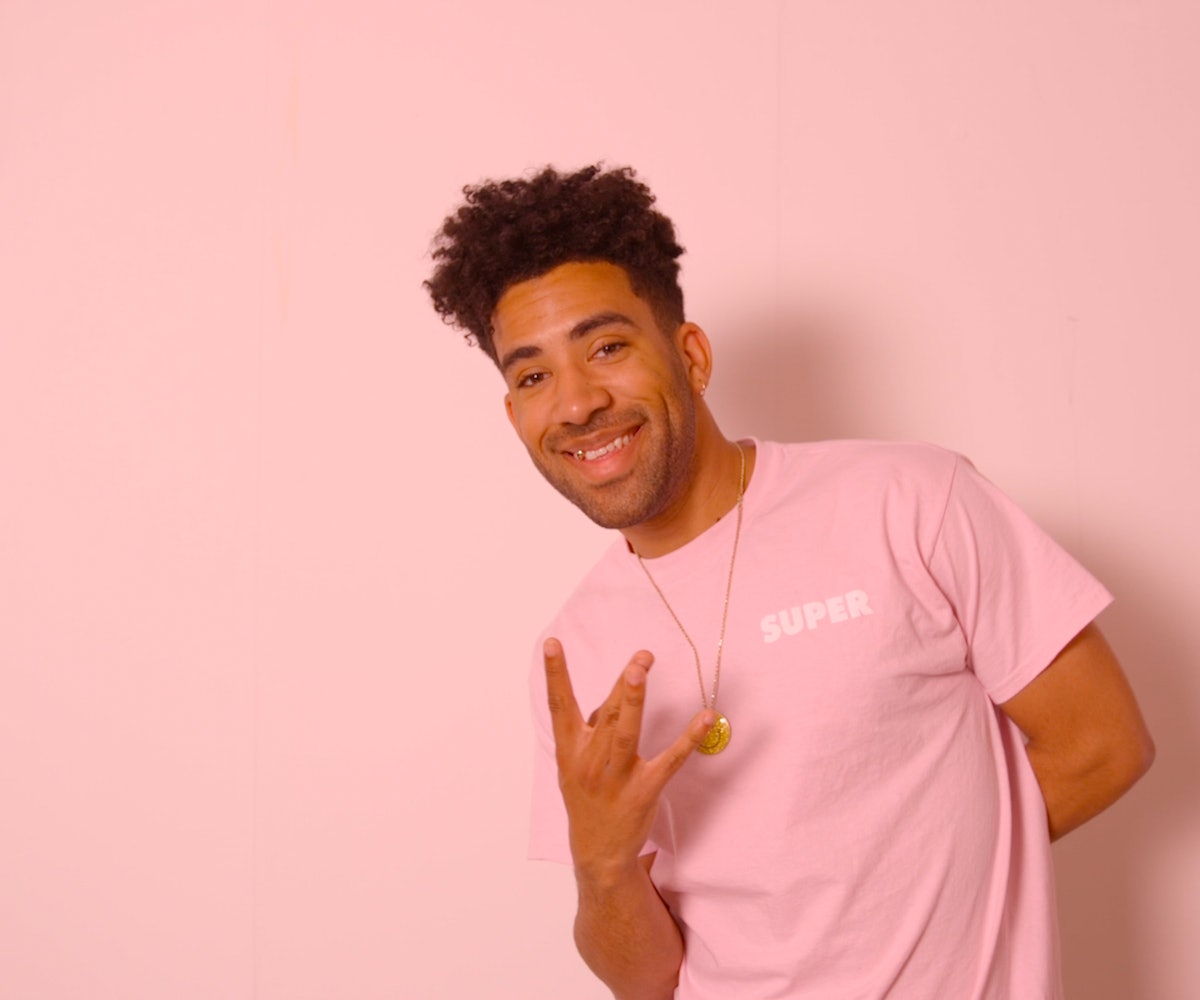 Who is Kyle? In his own words, Kyle is "a rapper, singer, dancer, stand-up comedian (when there's only a couple people in the room who I don't feel really too nervous with), and just all-around nice guy." For the purposes of this moment though, we'll focus on the rapper and singer part.

Kyle has a song out called "iSpy," featuring Lil Yachty. It's catchy, and funny, and poignant—a true triple threat. As he says, he wrote this song when he was "hella sad." "I need to make a feel-good banger," he remembers feeling. And he certainly did. It's impossible to listen to "iSpy" without bopping along. A smile is kind of inevitable too. He calls the track conversational rap saying, "everything is just something I really needed to say to somebody."

As for what's coming up later this year? "A saucy little album," he says. But that's not all. Kyle also says to "expect more hugs, expect more mediocre selfies." Oh, we will.

Watch the full interview with Kyle, below.