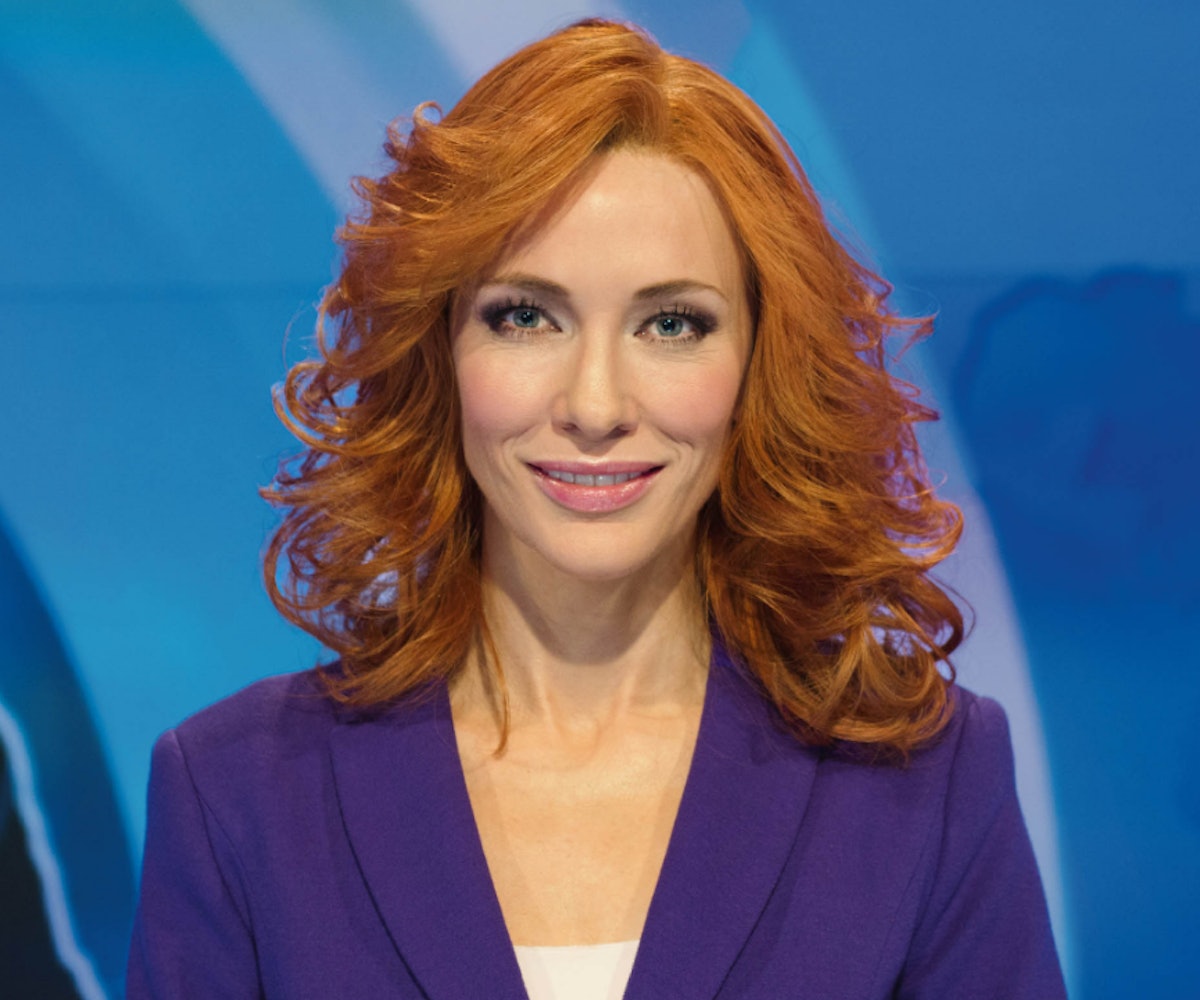 Critical theory is not just for the dusty classrooms of higher education anymore. Filmmaker-artist Julien Rosefeldt and actress-deity Cate Blanchett have liberated the dense seminal texts of Dadaism, Situationism, and 10 other -isms from the stifling context of academia with their new work, Manifesto. Neither narrative film nor video art piece, this collection of sketches casts a chameleonic Blanchett in 13 roles and uses her as a mouthpiece for missives from an assortment of luminaries including everyone from Marx to Werner Herzog. At once a whirling hurricane of truth and a one-woman showcase (Blanchett morphs into a salty punk rocker, a Slavic choreographer, a homeless man, and a peppy pair of newswomen, to name a few), it’s wholly unlike any other film that has come before, or is likely to come after. And it’s a testament to Blanchett’s star power and the sheer ambition of this project that it’s ended up in select theaters across America nonetheless, beginning this Friday.

Following Manifesto’s screening at the Tribeca Film Festival, Rosefeldt and Blanchett sat down with us to discuss the growing cult of Carol, taking in Martin Scorsese’s latest as a spiritual experience, and the faith they have in intelligent audiences.

A great spirit of collaboration runs through this project. Julien has the director credit, but how would you two split up authorship of Manifesto?

Cate Blanchett: I had seen a few of Julien’s works before where he’d used physical performers, actors, landscapes, pieces of architecture, and dancers. And when someone works in different mediums, they must inherently collaborate with people, to paint with all of the different colors and textures they offer. But in terms of the genesis of this idea, the minutiae of how the work came together, that’s absolutely Rosefeldt.

Julien Rosefeldt: I’d say differently. It started with curiosity from both of us; we felt it would be exciting to do something together. I saw Cate for the first time long before we joined for this project, more as an artist than as an actor. Because what she does involves so much more than moving your arms and tongue. This was a meeting of two artists, using architecture and dance as instruments. You bring this all in and shake it up, then pick one theme, this project’s being language. People ask me when I will do my next feature film, and I tell them I’m not even sure if this is a feature film. This is an experiment.

Do you consider Manifesto to be a work of video art, then?

JR: I don’t think it’s very interesting to even think about that distinction. But the industry that is behind movie releasing demands categorization. Everything either has to be a feature film, a short film, or a documentary. That’s why they’ll show this work with the machinery of narrative film and in an art film context. It narrows the world. But I see it as equally interesting to do an opera, or an endless performance or something.

CB: It does shake up an audience to see something that has a very different ambition than the majority of things they consume, or rather, that are served up to them. I recently saw Scorsese’s Silence, and I was struck by several moments that require a very particular type of attendance to them. I bemoan the fact that most audiences are either too restless or perceive themselves to be too time-poor to attend to a masterwork like that. There were many, many, moments in that when I thought, I could watch this on loop in an art gallery. The works that have left-field ambitions, works that break new ground, the distributors and exhibitors have very little patience for them.

Manifesto will have to play in theaters alongside any other movie, but it’s not driven by mechanics of plot or character development. As an artist, you lose control over your labors once they’re released, but do you still wonder how a wider audience will perceive this, as opposed to museum crowds?

JR: From the few experiences I’ve had at film festivals, I can see that in the first minutes, there’s irritation. Like, “What the fuck is going on?” Then I observed a certain sort of magic in the audience.

JR: Something happens, and they become very committed. Extremely focused, curious with very sharp senses. I wasn’t at the screening at Sundance, but I was told the atmosphere was one of intense focus. This is probably due to the fact that, when you come to a movie theater, you don’t count on a non-narrative installation. And the heavy overdose of text is quite intimidating at first, but then you find it’s totally digestible. You can follow these texts, and even understand them. Writers, even critics, want to make every script as simple as possible, and I say to them, “Your audience is much smarter than you think, my friend.” It’s a disease of our time that things are condensed. Because we are afraid of loneliness and boredom, we speed up everything and only have edits, nothing in between.

What is added to these theoretical texts by putting them in the context of a scene and in the mouth of a person?

CB: They’re liberated from their historical context, so their contemporary relevance is up for grabs. I didn’t really think about these people as characters, but more like conduits. Part of a mechanism that serves a function. You want them to be believable, but some of them are more extreme, which they need to be to match the energetic level of the writing.

JR: All this has the same aim, which is freeing the original text from interpretation in an artistic capacity. You’re able to look at the text itself instead of someone’s read of it. That was a very satisfying experience, learning that these theorists were also great poets and writers.

The writings you cite present a lot of overlapping, sometimes even contradictory viewpoints. Are we to understand that these don’t express your personal philosophies?

CB: I didn’t think about that. The desire to be part of this—I don’t mean to sound so prosaic—was to work with Julien. I’d read the manifestos, and not all of them either, back when I was studying art history at university. But that was very much in their historical and academic context. In a way, the works that were supposed to result from these manifestos were thrown out the window for [Manifesto]. In putting this writing in domestic situations, or situations contrapuntal to the actual drive of the work, you can find new points of similarity between these great bastions of contemporary thought. The world is in a state of flux, grasping for basic human values wherever they sit in a time of capitalism gone crazy, and the political context of what’s said now has begun to rise to the surface.

Cate, in the year and a half since its release, Carol has really struck a chord with the gay and lesbian community. Are you aware of the second life it’s taken on?

CB: You’re very dislocated from an audience, working in film. You don’t know if anyone’s even seen it. [Director] Todd [Haynes] had kept me abreast of the responses that he got, which was really gratifying for all of us. But I was on stage recently here, and people from many, many different cultures would wait at the stage door to tell me what the film had meant to them, or how it had changed their lives or given a voice to something they hadn’t seen in mainstream cinema. That was very, very rewarding.