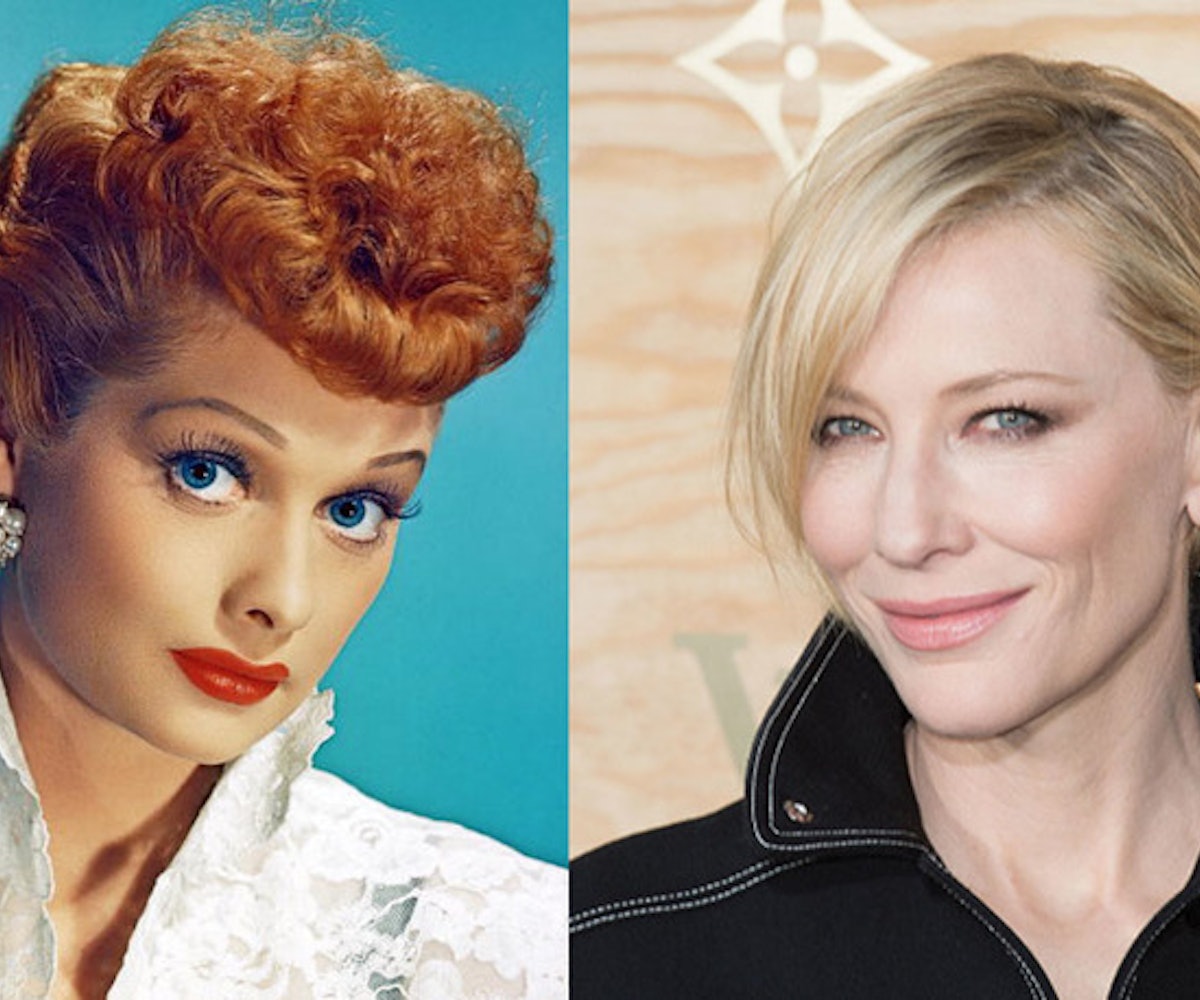 America's funniest redhead Lucille Ball will soon return to the small screen, this time portrayed by Cate Blanchett. Amazon acquired the rights to the upcoming Ball biopic, according to Entertainment Weekly. Blanchett is in talks to star as the famous comedian in the movie written by Aaron Sorkin (A Few Good Men, The Social Network, Moneyball).

Ball's children, Lucie Arnaz and Desi Arnaz Jr., are both producers on the film. It will focus on Ball's comedy career and her 20-year marriage to Desi Arnaz. Ball eloped with the Cuban bandleader in 1940, according to Variety, before they created their iconic sitcom I Love Lucy. The actress won four Emmys for her role in the show.

It's still unknown who will play Arnaz in the biopic; producers are also still looking for actors to play Vivian Vance and William Frawley, who starred as Fred and Ethel Mertz in I Love Lucy. So meta.

Blanchett first began talking to Lucie about the film a few years ago. “It’s incredible,” she told EW. “I mean, you want to talk about astonishing women who have made a lasting impact? You walk onto a film set and you’ve got the female bathrooms called ‘Lucy’ and the male bathrooms called ‘Desi.’ She was the first female studio head, for goodness sake, and a mother, and she broke all the rules and changed comedy and was this incredible actress.”