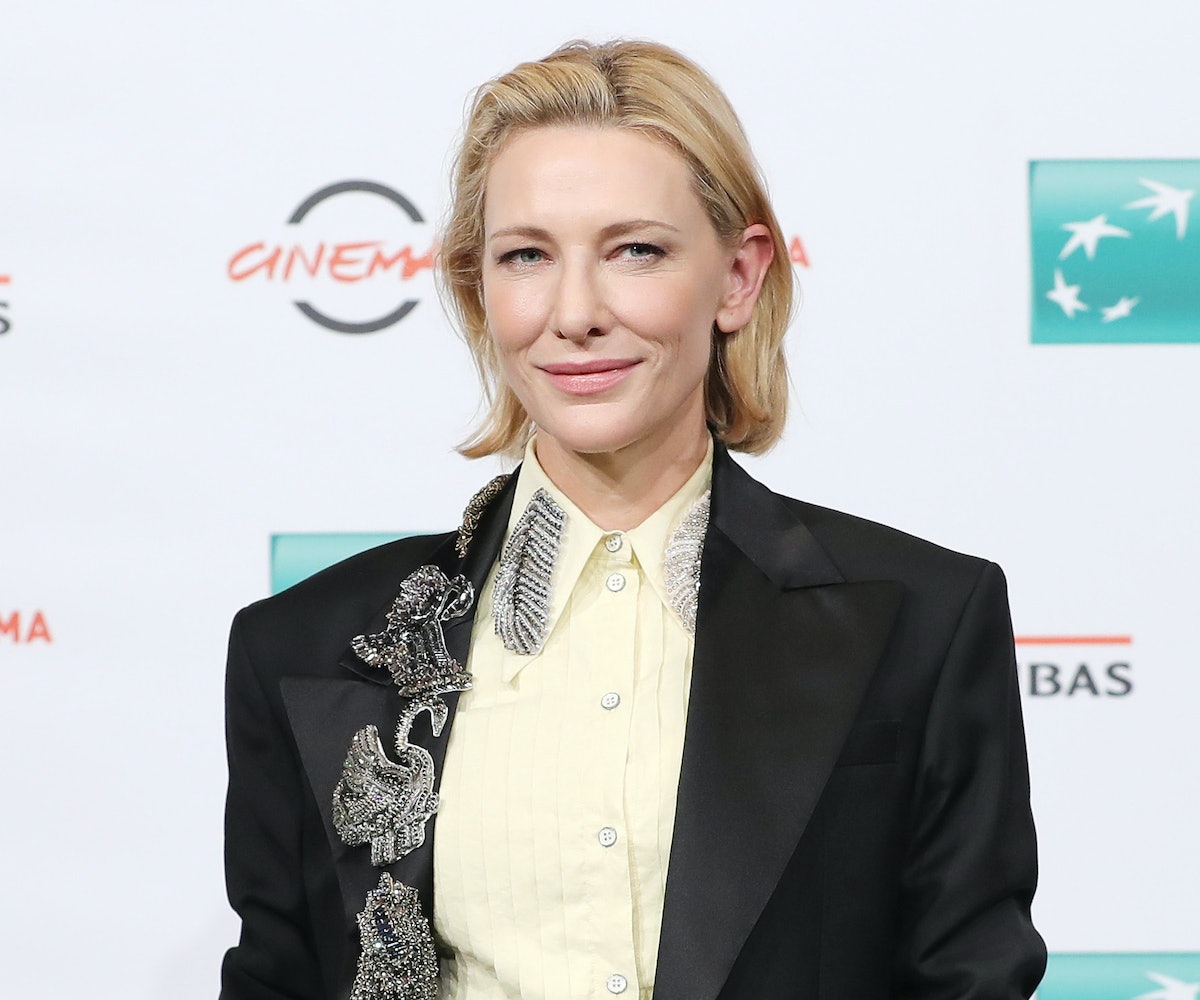 During a discussion at the Rome Film Festival on Friday, Cate Blanchett defended the “right” of straight actors to play LGBTQ+ roles in film and television.

While looking at footage from her 2015 film Carol, which depicts a forbidden relationship between two women in the 1950s, the Hollywood Reporter wrote that Blanchett remarked that she “had never been asked more questions about her sexuality than when she played a lesbian character,” as many interviewers “seemed to imply or question whether having a lesbian experience was essential to understanding such a role.” In case you're wondering, Blanchett completely disagrees with this notion.

In fact, she seems convinced by the idea that having the same experiences or identity as your characters would “[defy] the whole point of acting.” “It also speaks to something that I’m quite passionate about in storytelling generally, but in film specifically, is that film can be quite a literal medium,” she says. “And I will fight to the death for the right to suspend disbelief and play roles beyond my experience.”

She continues to say that, “Now, particularly in America, I think, we expect and only expect people to make a profound connection to a character when it’s close to their experience.” Her argument completely disregards the fact that, as noted by The Advocate, 52 straight actors have gotten Oscar nominations for playing LGBTQ characters, while an acting Oscar has never gone to an out man or woman. So, straight people are allowed to and rewarded for telling LGBTQ+ stories, while we are systematically excluded for representing ourselves on the screen.

She later implied that a character’s political stance is a similar identity marker to sexual orientation. She noted, “I’m about to play a character whose political persuasions are entirely different to my own, but part of the pleasure is trying to work out what makes her tick,” in an attempt to equate the two differences.

Since Blanchett herself has a cult queer following, many voiced their opinions on her statement and expressed their disappointment.

Not only are LGBTQ+ actors shut out of playing LGBTQ+ roles but they are also passed over when auditioning for straight roles. Blanchett must need to be reminded of the invisibility of queer actors, instead of praising herself for playing a queer character.